This is post is about my novel of the year, but there are all sorts of fabulous books on the GeekDad Holiday Gift Guide. There should just be enough time to pick some up for the Book Geeks in your life.

This has been a strange reading year for me. I’ve certainly read less than I have in previous years. My children may be growing older, but they seem to be absorbing even more of my time. Whilst I have read a number of good books in the last twelve months, I have found very few great books. Contrast this with previous years, where the book I declared my favorite depended on the direction the wind was blowing at the time. In 2015, there have been very few contenders. To be honest, there is only one book that stands out above the rest.

That book is The Long Way to a Small Angry Planet by Becky Chambers. It’s a novel that made me rethink exactly what stories can do.

Small Angry Planet is about a group of spacefarers traveling in a spaceship towards their destination. It is, in essence, Star Trek updated. If CBS are going to remake Rodenberry’s classic series, they should employ Chambers as a full-time writer. The characterization in her book is deep, complex, and flawless. The crew’s interactions with each another form the cornerstone of this story and make it a wonderful to read.

Becky Chambers is most definitely of geek Generation 2.0. She was “raised in California the progeny of an astrobiology educator, an aerospace engineer, and an Apollo-era rocket scientist.” Originally Small Angry Planet was self-published through Kickstarter, before being picked up by a major publisher on both sides of the Atlantic. A player of games and contributor to The Mary Sue and Pornokitsch (where her column involves looking back at computer games of twenty-odd years ago and seeing how well they’ve stood the test of time), Becky Chambers has impeccable geek credentials.

Small Angry Planet is about a “tunneling” vessel and its crew. Tunneling, in Chambers’ universe, is punching through the fabric of reality in order to build wormholes that facilitate travel across vast distances of space. The crew of The Wayfarer are good at what they do, but, as a small outfit, they’re restricted to minor jobs. The authorities who hand out the tunneling contracts have let it be known that if Captain Ashby Santoso had a more professional outlook, larger, more lucrative jobs could be sent in The Wayfarer‘s direction.

This is how Rosemary Harper comes on board. She has been hired as an office clerk. Somebody to ensure that all the paperwork is up to date and filed on time.

So, the basis of the story is, “a young woman takes a job in the back office of a small company that has ambitions to expand.”

No. Not really. Yet in Chamber’s hands this small, ordinary, premise blossoms into something of rare beauty. Not since reading Ursula LeGuin’s The Dispossessed, have I read a book that made me think so deeply about humanity, prejudice, and the nature of acceptance.

Chambers’ universe is populated with just about every type of lifeform she was able to imagine. Her multitudes of species feel real. Not just their physical appearances, but their social structures, their habits, their interactions, and their desires. Humans come in varying flavors too, depending on how their ancestors dealt with fleeing the demise of planet Earth.

The novel’s aliens are wonderfully rendered sentient creatures. Alien yet touchingly–for want of a better word–human. There are several different species on board The Wayfarer, as well as three humans and a sentient (also incredibly important) AI.

There is a strong story thread here, based around hostile nations and flying into dangerous territory, but it is the relationships between crew members that make the book so special. To be honest, they could have just been taking a camper van trip somewhere remote, before spending a few days on the beach and coming home again. I could read Chambers’ dialogue and character interactions all day long. It’s impossible to pick a favorite character, they are all so good–so real.

Chambers uses her wide and varied cast of characters to poke at what exactly it is that constitutes humanity. How does compassion work? What is prejudice? I think I’m a pretty accepting guy, but, reading Chambers’ novel, I realized I had prejudices that were so deeply hidden, I wasn’t really aware they existed. Small Angry Planet explores the idea that we’re all different in any number of ways, but there is nearly always some common ground on which to build.

The novel builds slowly to a gripping finale, about which I shall say little–lest I ruin its emotional impact. Whilst the book is beautiful and complete, I finished it desperate for more. Closing the covers felt like I was shutting the door on old friends. With its ensemble cast and lens-on-life motif, Small Angry Planet would make a wonderful television series. This book is everything that a new series of Star Trek should be.

The Long Way to a Small Angry Planet is storytelling of the highest order and, without a shadow of doubt, is light years ahead of the competition. An exceptional book that is my novel of 2015.

I was sent a copy of this book for review by the publisher. 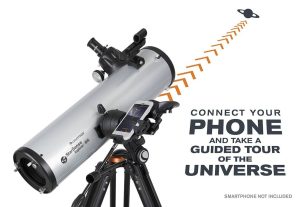