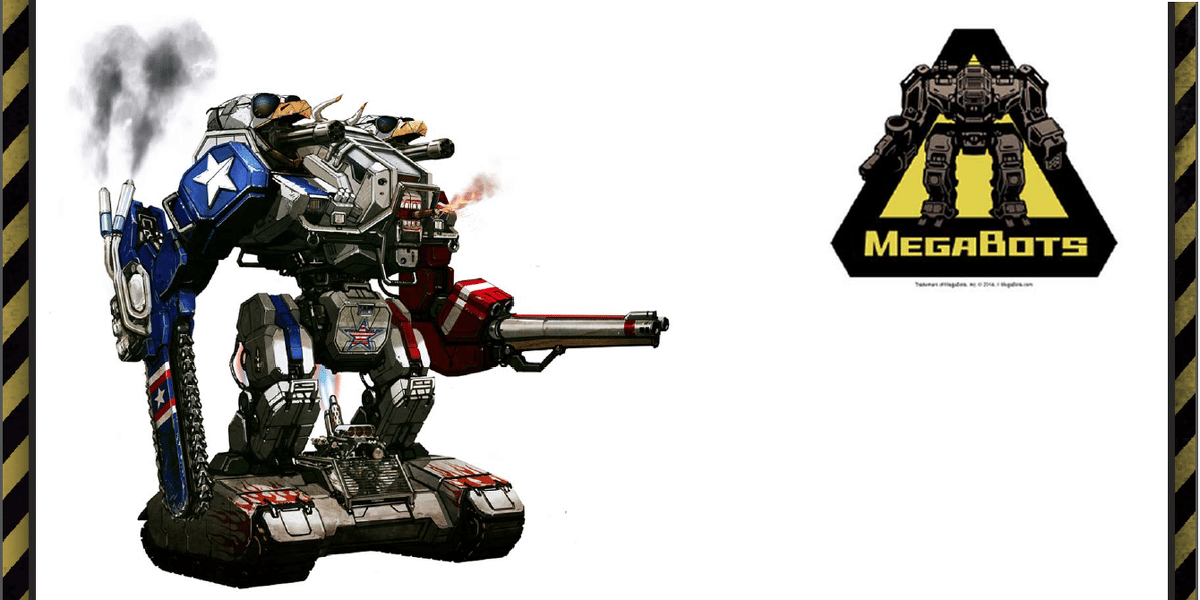 Want to help build a giant mech to enter glorious battle? Then there’s a Kickstarter just for you. The mech-gauntlet was thrown by America’s MegaBots Inc., and Japan’s Kuratas accepted the challenge on the condition that the gladiatorial mech-battle would include melee combat. So, in less than one years’ time, in July of 2016, MegaBots’ Mk II, and Suidobashi Heavy Industry’s Kuratas will enter mortal combat with huge guns and melee weapons.

“We’re building the science fiction sports league of the future, one giant robot fight at a time.” – Gui Cavalcanti, CEO and co-founder of MegaBots

The opposition from Japan is a 13-foot tall 9,000 pound mech. Piloted by a single person, the Kuratas is faster than MegaBots’ Mk II, and is already outfitted with melee weapons. The Mk II on the other hand, is 15-feet tall, and weighs in at 12,000 pounds. Seating two people the Mk II was designed for paintball combat and needs significant upgrades to armor, power, speed, and weapons systems to be effective in hand-to-hand combat.

MegaBots is running a Kickstarter campaign to raise the funds to make these modifications. At the base funding goal of $500,000 the Mk II will receive basic armor, speed, and power upgrades. As funding increases other enhancements will be included ranging from an interchangeable weapons suite, better balancing algorithm to keep it standing in the throes of battle, pilot safety features, and finally, at $1.5 million the Mk II will get a “Hollywood make over from a visual effects firm that made robots for films like Star Wars, Terminator, and the Matrix.”

Some of the partners that MegaBots Inc has brought on board include Howe & Howe Technologies (builders of the world’s fastest tracked vehicle), IHMC Robotics (#2 seed in the DARPA Robotics Challenge for humanoid robots), FonCo Creative Services (lead model makers on Star Wars, Transformers, and other films), Autodesk, and NASA. Advisers include the co-founders of BattleBots (Greg Munson and Trey Roski), Grant Imahara (of Mythbusters fame), and Peter Diamandis (founder of the X-Prize). With a team of such talent, the Mk II is sure to give Kuratas a run for its money.

The long-term vision of MegaBots, Inc. is to create the most compelling live action sports league in human history. MegaBots will accomplish this vision by launching a global sports entertainment franchise of giant battling robots in stadiums and arenas. The company’s ultimate goal is to blend the technology of F1 with the fights of UFC, to create a new sport with millions of fans in stadiums around the world cheering on their favorite pilots and robots in epic robot battles.

Supporting the Kickstarter at one of the higher levels is your ticket into the cockpit of a battle-mech. Funding between $1000-$2500 lets you pilot and test fire the paintball cannons, and for $5000 you could be one of the first to try out the mech’s upgraded hand-to-hand combat skills by punching a car hanging from a crane. For $10,000 you get to join the pit-crew for the epic first battle.

“If you want to pilot one of these monstrosities – and believe me, you do – Kickstarter is the way to do it. This is your chance.” – Matt Oehrlein, co-founder of Megabots

If you can’t afford to pledge at levels that get you piloting the real Mk II there’s an alternative. In the first Kickstarter update MegaBots announced that the Mk II has been ported into RoboCraft on Steam Early Access. If funding is successful and you donate at least $15 to the campaign you will be able to unlock the Mk II in the game. Robocraft is a great game that lets you build custom robots for on-line, team-based combat.

With funding already a third of the way to its $500,000 goal at just one day in, this project is likely to be enormously successful. The mech dual scheduled for next July will be held in a neutral location. I just hope it’s someplace where I will be able to travel to see the beginnings of the mech-wars!

Star Wars and Sledding, Together at Last!

What to Do When Settlers Isn’t Enough: Part 2