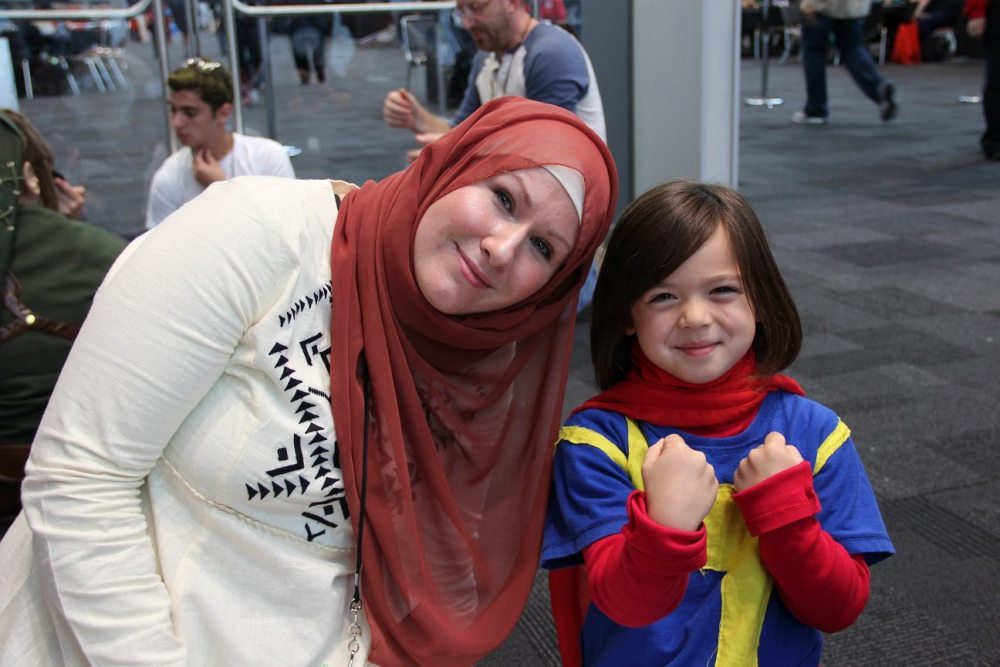 The lack of female superhero merchandise isn’t news. In fact, it feels like we’re beating a dead horse at this point. Yet the issue persists, and there’s no sign that the mainstream licensing landscape is going to change anytime soon. Characters such as Ms. Marvel and Black Widow continue to be almost entirely absent from store shelves, despite the obvious demand from consumers.

Therefore, we continue to see stories such as this one from “Captain Milkshake,” who made his 6-year-old daughter a Ms. Marvel costume when he couldn’t easily purchase one in the store. (The story was later picked up by Comic Book Resources and The Mary Sue.) Kudos to the good captain. My hat is off to you, sir.

In fact, our daughters are of like minds. Last year, my then 5-year-old daughter wanted exactly the same thing. She’d been “reading” (i.e., listening to at bedtime) the Kamala Khan series since issue #1, and she was hooked from the first panel. (The series was also included in GeekDad’s recent roundup of recommended comics for a 7-year-old girl.)

When it came time to plan her costume for New York Comic-Con, there was very little debate. It was Ms. Marvel all the way (especially since she was scheduled to interview G. Willow Wilson). If there are no Ms. Marvel costumes available today, then there certainly weren’t any available a year ago.

So, I did what Captain Milkshake did (really, what any decent father would do): I busted out the fabric and sewing machine and made the damn thing myself. 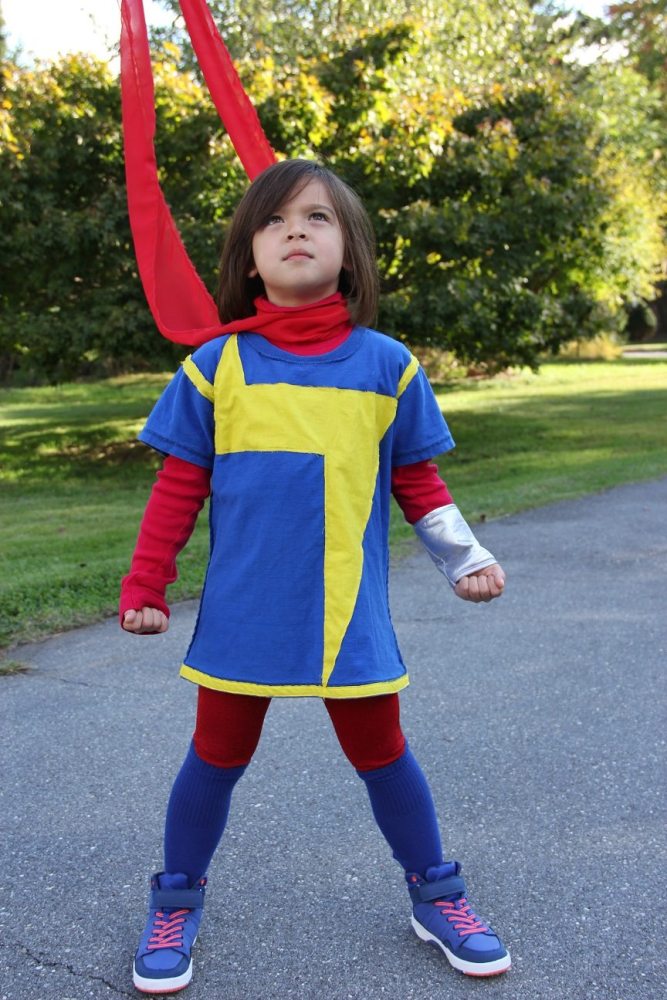 I’m proud of the costume, but what gave me more pleasure was my daughter’s reaction. She was completely in love with it and refused to take it off for three days straight. Making it myself brought both of us more satisfaction than buying it at Target ever could have done.

But that’s not the point.

I totally agree with Captain Milkshake when he says, in his open letter to Marvel, “I write this not as a rant but as a plea to make merch more girl inclusive. Ms. Marvel is an incredible concept who empowers a multi-cultural demographic and to be honest, this needs to be pushed harder!!!”

On a personal level, many of the issues and conflicts Kamala faces are also those that I presume my daughter will likely face in some form as she grows up. All teenagers will feel the tug of rebellion, but — no matter how hard her mother and I will try to avoid it — I’m sure she will eventually face some form of self-identity dilemma. She’s a product of two very different cultures. She’s exposed to dual (sometimes competing, sometimes congruent) sets of beliefs, ideas, and worldviews. She has two languages. She’s immersed in two very different worlds. In short, she can relate to Kamala.

The Kamala Khan version of Ms. Marvel is one of the most compelling and unique characters we’ve seen from the Big Two in a long time. This might be a Marvel superhero, but Ms. Marvel (the book and the character) is not wish fulfillment. And it’s certainly not boobs-in-spandex fanservice.

In short, I don’t mind my daughter relating to and role-playing the character. In fact, I welcome it. And I’m not alone.

Marvel, and all those who license Marvel properties, take note: if you make it, we will come. 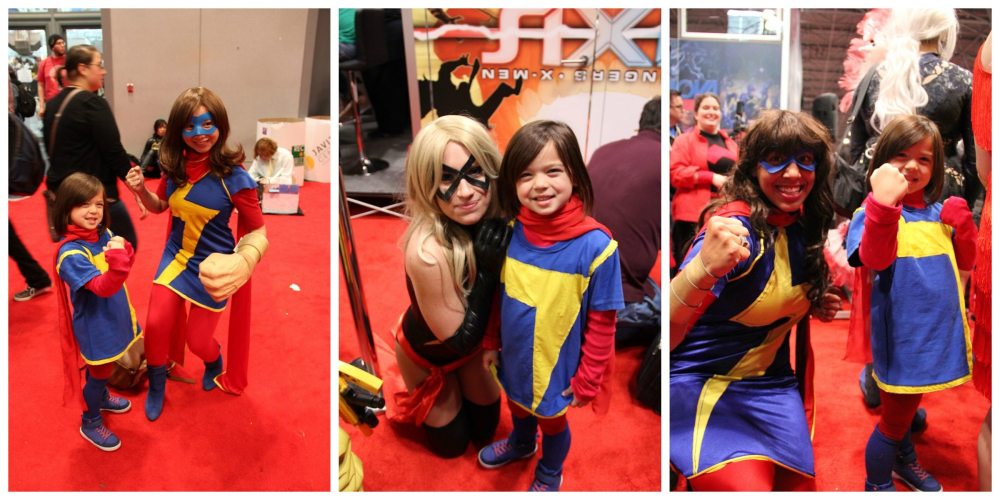 The Avengers – Hollywood Press Conference Videos, Plus a Giveaway!