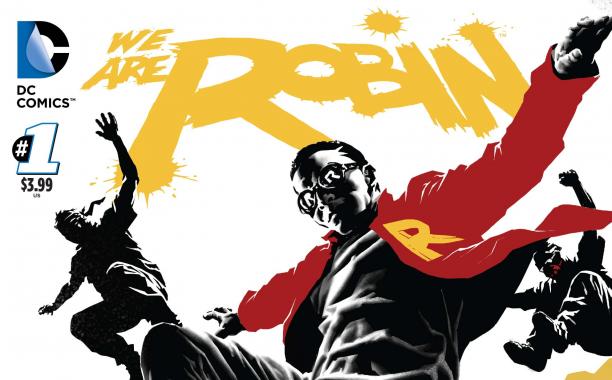 When DC Comics rebooted its universe a few years ago with an entirely new continuity called “The New 52,” I took to calling it the anti-Corrina reboot because every decision made tended to be the exact opposite of what I wanted to read.

But now that DC has basically rebooted again, their universe looks different. It’s not that they have new characters so much as they seem to have a commitment to greater creative freedom on various projects and that they’re taking chances on books that are way out there. Some will undoubtedly fail but it won’t be for lack of imagination or adherence to some top-down editorial command.

Yes, there are still problems with Superman, Wonder Woman, Green Lantern, and the Flash or Aquaman titles. Some of them are good–Aquaman–but none of them are great. Superman, for instance, is trapped in a horrible plotline about his secret identity being outed, which is messing with some great creative work. Wonder Woman’s book is just awful all-around.

Batman, as usual, is getting the best of everyone.

I did capsule reviews of week 2, week 3, and week four of the “new” #DCyou last month on GeekMom and I found a lot to love. But these were review copies. Which ones would I spend money on? Those are the starred ones. That’s not to say the others aren’t good but money is tight, there are a lot of great choices for comics (see: Image, Dynamite, Boom, Dark Horse and, yes, Marvel) and these are my DC essentials.

I put these entries together as they’re part of the same overall story, although coming at the tale from different angles. Batman (Bruce Wayne version) is dead after an epic showdown with the Joker and Gotham’s powers-that-be decide that a Batman is still needed, though this one should be sanctioned by the authorities. Enter Jim Gordon as the man under a robot Batman suit, taking on the job as Gotham’s ultimate cop. So far, this idea succeeds beyond expectations, as Gordon’s unique voice as a cynical and down-to-earth detective is somewhat in conflict with his new job as someone that smashes things. As one of the world’s biggest Jim Gordon fans, I really can’t miss this story. One small problem: I miss Gordon’s mustache and glasses. (Yes, Bruce is coming back. We already see him alive in the first part of this storyline.)

This series was given a soft reboot with the new creative team of Cameron Stewart, Brenden Fletcher and Babs Tarr last fall. I’m still not used to the younger, sillier Barbara Gordon but the art style is fun and imaginative, and that’s reason enough to pick up the book. Reason two is Babs herself, who seems to be finally relaxed in her new surroundings.

Yet another incarnation of Black Canary, this time as a rock star? I initially hated the idea, especially given that I’d spent years reading about Dinah Laurel Lance and this character is essentially brand new. Yet the first issue won me over, especially Annie Wu’s art, and with how each of her bandmates has a unique personality. That the story also brought out Canary’s protective side, always part of her personality, sold me on the series.

I’ve never read the original Vertigo series and after reading his appearances in the new 52, I didn’t find any reason to search them out. Enter this new series, which sold me on John in just the first two pages, as he enters a dry cleaner’s covered in blood and proceeds to be, well, a right bastard once it’s revealed the help an older lover needs is not what she says it is.

This Golden Age character has been many things but he’s never been a non-white guy before. That all changes with this issue, as the Helmet of Fate chooses a young medical student, Khalid, as its new bearer, while a battle between the forces of chaos and order rages in the form of a storm. I love the artwork and the indie-comic style touches like the text conversation between Khalid and his girlfriend. Note issue #2’s cover has Khalid trying to save an airplane about to crash, an image that has resonance, especially in New York City.

Call it the Hogwarts of Gotham, the place where the elite (and twisted) of Gotham City send their children to, uh, learn, though mostly what they seem to be doing is getting into trouble and exploring the mysteries of the academy. This series is a great place to start for tweens new to Gotham.

More an independent horror comic than a Batman/Gotham comic, this supernatural department of Gotham’s police force, headed by the supernatural being known as the Spectre (well, his alter ego, Jim Corrigan), fights the evil and horrific hidden in the corners of Gotham.

I include this title because it’s old-school Justice League storytelling, even beginning with classic banter between Lois and Clark at the Daily Planet, and a truly weird mystery about various Supermen from different universes who show up during a science “experiment” only to warn about something then die. The other reason? Bryan Hitch’s art.

The off-kilter, humorous, and yet somehow occasionally touching series features a woman, Harley Quinn, who’s a villain but really thinks she’s a hero. She’s the kind of person who saves all the dogs at the local pound but whose idea of proper doggie chow is the hit men who tried to kill her. At the moment, she’s recruited an army of Harleys to protect her neighborhood. I suspect it won’t turn out well but it certainly is fun to read.

I’m not sold on the premise of J’onn J’onzz being a sleeper agent for a Martian invasion but I’m sold on the story, which is twisty and imaginative, especially concerning a Martian “beggar” who is good to neighborhood children.

Yes, Midnighter is a character from DC’s now defunct Wildstorm universe and he’s an obvious Batman analogue. Forget all that or, better yet, if you’ve never read the character before, all you need to know is that this (anti)hero is part-computer cyborg, relentless, and yet lost emotionally because he truly has no real life or purpose save to battle the bad guys. This is why when he speed-dates, he reveals he’s a superhero. The first two issues were terrific, especially #2 in which he found a kindred spirit in a woman out to kill corrupt business owners. Oh, by the way, this is DC’s first solo gay male lead.

I include Prez because the first issue showed promised but it was also somewhat all over the place, with a little too many ideas thrown at the reader all at once, from Presidential elections now being decided on Twitter, to YouTube stars abusing Presidential candidates at will. This is a twisted dystopian future. I hope issue #2 settles down just a bit.

This series about the villains we love (yes, just love) featured an entire issue in which they questioned each other about who had weird sex on the couch, in which Catman saved a dog from an abusive owner, and we find out that no one knows how to cook, despite the group trying to fit into Gotham’s suburbs like a regular family. Oh, and the Riddler is secretly pulling their strings. Extra points: Catman is drawn so pretty.

More fun from Conner/Palmiotti as the alien Starfire decides she needs to know more about normal humans and settles into a seaside town just as a hurricane is about to hit. A seriously fun book that has a good time with how Starfire learns language (yes, she kisses people), her complete lack of shame about her naked body, her annoyance with those who are unkind, and her ability to make friends with the local constabulary. No character has benefited more from this new DC than Princess Koriand’r, and Lupacchino makes her attractive without oversexualizing her.

Told through the eyes of Duke Thomas, who helped Batman out previously, the first issue shows that Gotham needs more guardians than Batman, perhaps even colorful ones like Robins. Issue #1 was a great start as Duke searched for his parents and I’m eager to find out who the rest of the Robin squad are and who’s behind their formation. (Alfred?)

Just missed the cut: Grayson and Omega Men. With Grayson, I appreciate what the creative team is doing with this book and I especially love Mikel Janin’s art, but I’m just not feeling Dick Grayson as a spy.

With Omega Men, the first issue was somewhat difficult to follow, while the second was clearer and more intense. Something good is building there but the full shape is not apparent just yet. 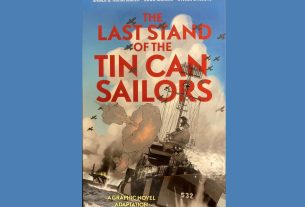 2 thoughts on “My DC Comics Essentials”