Ray: Batman Beyond #22 pulls back the curtain on the mystery of what’s making everyone in Gotham turn on Batman and see him as a monster, and this is yet another case of DC stepping on its own reveal – is it really a surprise that there’s a new Scarecrow in town when they’re on the cover? Despite that, this issue has a lot of fun twists and turns, including the return of another classic Gotham vigilante. As the issue opens, Terry McGinnis is under assault by an army of crazed civilians trying to kill him – a group that includes Commissioner Barbara Gordon. This segment does a very good job of capturing the fix Batman finds himself in – facing off against a legitimate threat that he can’t harm in any way. At the same time, anchorman Jack Ryder notices his colleague has gone missing, and heads out of the studio in search of the one person who might be able to help him – Bruce Wayne. The Creeper is a fascinating character, and seeing him in this continuity is intriguing – although he seems to be long-retired.

Although Matt’s initial tenure as Robin was short, due to Terry “firing” him, he gets another shot in the uniform this issue as Bruce gives him his own tailored high-tech suit, and his second outing goes much better as he saves Terry’s bacon from the fire. The danger just keeps growing, as a mysterious figure in the crowd riles civilians – including a little girl – to risk their lives to hurt Batman any way they can. Who this is becomes clearer when Bruce and Jack investigate the disappearance and find a story of a little girl whose father was a brutal criminal decades ago – and who saw her father brutally beaten by an enraged, aging Batman that she saw as a monster. The new Scarecrow is a monster that Bruce created, one that’s now unleashed against his protegé, and this is something that we haven’t seen much – the mistakes Bruce made as Batman coming back to haunt him. We saw elements of this in Batman #51, but the danger here is far more immediate, and this series is back to being very compelling. 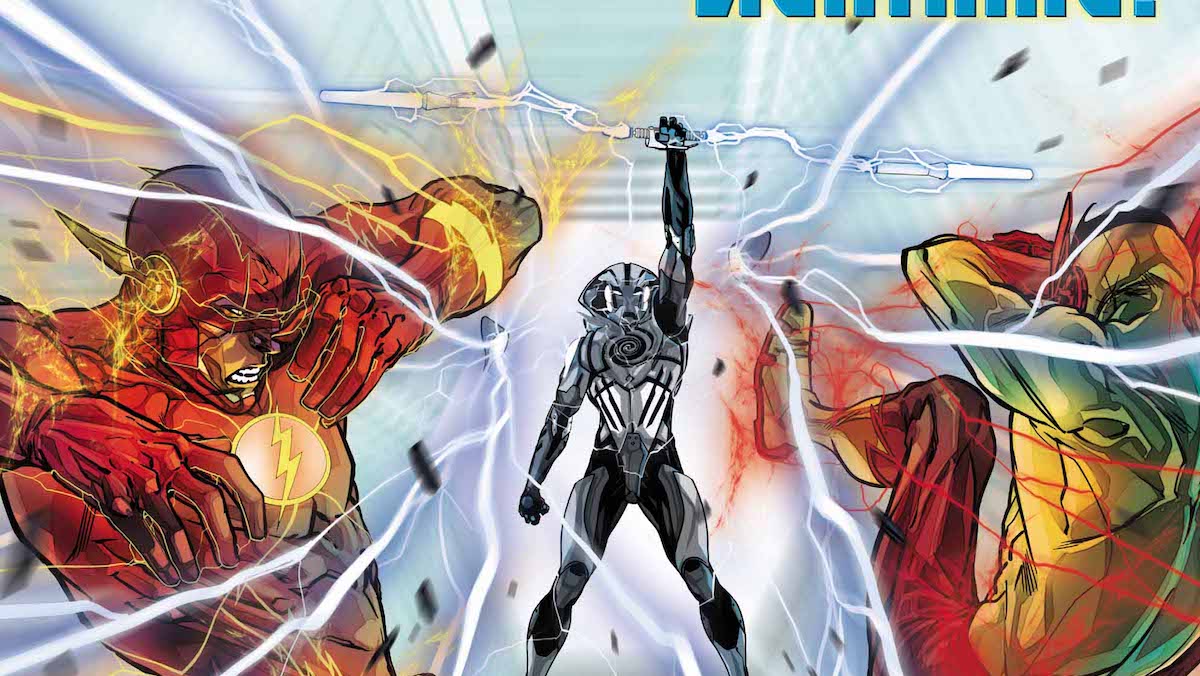