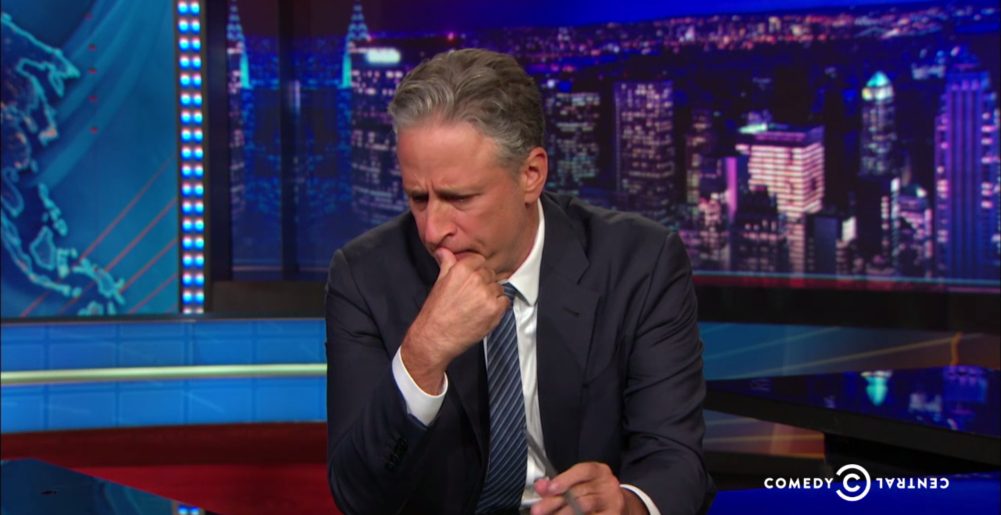 Yesterday morning, between getting my kids ready for school and myself ready for work, my youngest daughter, age four, asked me; “Dad, what happened?” Looking up at the TV, a handful of police were milling about on screen, squad cars blinking red and blue warnings through the morning light. I looked down, silently asking myself; “What is happening?”

As we approach Father’s Day weekend, I can’t help but to think about the five mothers and two fathers who were gunned down alongside two others this past week while attending a Bible study at the Emanuel African Methodist Episcopal Church in Charleston, South Carolina. As a parent with two very perceptive and curious young daughters, I’m also thinking about how I answer their questions. It’s one of the great parenting struggles: the challenge of maintaining their innocence while living in a world wrought with so many unconscionable acts.

Is it enough to simply say, “there are bad people who did a bad thing,” or does the conversation need to go further? Is it appropriate? Should age be used as the variable for determining the appropriateness of your answer? I firmly believe that the answers to these questions are for each parent to decide on his or her own, however, I also feel that completely shielding children from the realities of the world, no matter how harsh, is doing them a disservice.

I respect my girls. My wife and I have raised them to not only be opinionated, but also to understand the value of opinions and the right for people to form their own. That value is worthless without its most essential tools: honesty, openness, and non-judgment. But here, for some reason, I faltered. I answered my four-year-old’s perception with that same scripted cop-out: “there are bad people who did a bad thing.”

For me, as a father, this dilemma falls in line with recent debates on helicopter parenting. I am strongly opposed to parenting through fear. I want my girls to feel comfortable and safe in the world we’ve brought them into. I also want them to be aware, though not shell-shocked, that dangers do lurk out in the world. To balance this equation, we often share recent news with our girls, especially that of tragedies like the Charleston shooting that they’ll likely hear on TV or by eavesdropping on an adult’s conversation. But we feel safer sharing this news with them ourselves, able to spare the more graphic details that just aren’t appropriate or understandable at their ages of four and seven. Lately however, this has become more difficult as even my wife and I struggle to understand the depravity of recent events.

Jon Stewart eloquently painted a similar dilemma during last night’s Daily Show. Stewart is a master satirist. His job is to filter the news into poignant, comedic quips that sketch out a smart and fundamental picture of the world’s woes. Satire provides an accessible route to dealing with and understanding (a word I use lightly) the hypocrisy and struggles of our very existence. When those struggles veer off-road into violence, hate and ignorance, there truly is no easy route towards understanding. That is precisely why Stewart went serious during last night’s opening monologue:

“I have one job, and it’s a pretty simple job. I come in, in the morning, and we look at the news and I write jokes about it. … But I didn’t do my job today, so I apologize. I’ve got nothing for you in terms of jokes and sounds because of what happened in South Carolina. And so, I honestly have nothing other than just sadness once again that we have to peer into the abyss of the depraved violence that we do to each other and the nexus of a gaping racial wound that will not heal, yet we pretend doesn’t exist.” (Watch the full video here.)

As a parent, I have one job as well, which is to provide my girls a safe, healthy, happy and creative life and allow them the freedom to shape their own beliefs. Like Stewart, I feel like I didn’t do my job very well yesterday. Stewart’s condemnation of the silence, that pessimistic avoidance of addressing the truth, is spot on, and precisely what I conceded to when answering my daughter’s question.

Pessimist or optimist, realist or dreamer, we can’t avoid the truths of the world. No matter how hard they may be, the conversations must be had. No matter how difficult events like the shooting in Charleston are to comprehend, we must talk about them with our children. It’s important to make bullying, history, and race (GeekDad Jonathan Liu recently wrote a great story on the subject) a part of those conversations. After all, we’re raising the next generation, and if any of these hard truths are going to change, we have a responsibility to acknowledge them.

Next time my daughter asks, “Dad, what happened?” I’ll be ready to answer.

What do you think? Do you talk to your kids openly about current events? What challenges have you faced as a parent?

[Editor’s note: For other concrete suggestions about talking to your kids about tragedy, we always recommend Mr. Rogers’ video, as well as these tips from PBS.org.]

Simon Pegg’s Nerd Do Well: A Little Familiar, A Lot of Fun

Perform Engineering Calculations in the Palm of Your Hand

4 thoughts on “Hard Truths: A Parental Responsibility to Address Tragedy”