A version of this post was first published on GeekDad in February, 2010. In light of current events, I thought it would be relevant now. Before you comment, please actually read the post—while this should go without saying, I got enough responses four years ago from people who actually agreed with me but somehow didn’t realize it.

Congratulations! Your children are well on their way to believing that your race is better than everyone else’s.

Surprised? So were authors Po Bronson and Ashley Merryman when they started researching the issue of kids and race for their book NurtureShock, published in 2009. It turns out that a lot of our assumptions about raising our kids to appreciate diversity are entirely wrong:

Let me expand on this—NurtureShock explores various aspects of parenting and children through scientific studies, citing hard data but also using anecdotes to humanize the numbers. One chapter is titled “Why White Parents Don’t Talk About Race.” What Bronson and Merryman discovered, through various studies, was that many white parents don’t ever talk to their kids about race. And we’re talking about white parents who want to encourage multiculturalism, the ones who hope their kids will grow up “color-blind.”

The assumption (at least of those who want to raise non-racist kids) is that because we want our kids to be color-blind, we don’t point out skin color. We’ll say things like “everybody’s equal” but find it hard to be more specific than that. If our kids point out somebody’s different skin color, we shush them and tell them it’s rude to talk about it. We think that simply putting our kids in a diverse environment will teach them that diversity is natural and good.

We’re very comfortable now talking to our kids about gender stereotypes: we tell our kids that women can be doctors and lawyers and even Star Wars fans. What Bronson and Merryman point out is that we should say the same thing about race: a black or brown person can be the President or a professor or, heck, a Stormtrooper. Just as we don’t shush somebody for describing somebody as having long or short hair or being a boy or a girl, we shouldn’t play down the fact that people have different skin colors or hair textures.

One of the researchers asked some of the white kids in the study: “Do your parents like black people?” 14% said “no,” and 38% said they didn’t know. These are kids of parents who thought they were teaching their kids a very different lesson. Depending on how old your kids are, you may not be giving them all the details about Ferguson or Eric Garner. Maybe you don’t even agree that race is a contributing factor—but this research shows, at the very least, that we can’t always assume that our kids are picking up the lessons we think we’re teaching.

One thing you can and should do, not just now but all the time, is talk to them about race. Need some help? Parenting.com has 5 Tips for Talking About Racism With Kids. 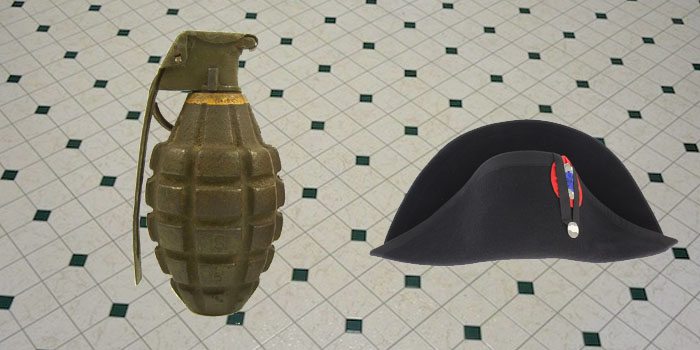 10 thoughts on “How to Raise Racist Kids”