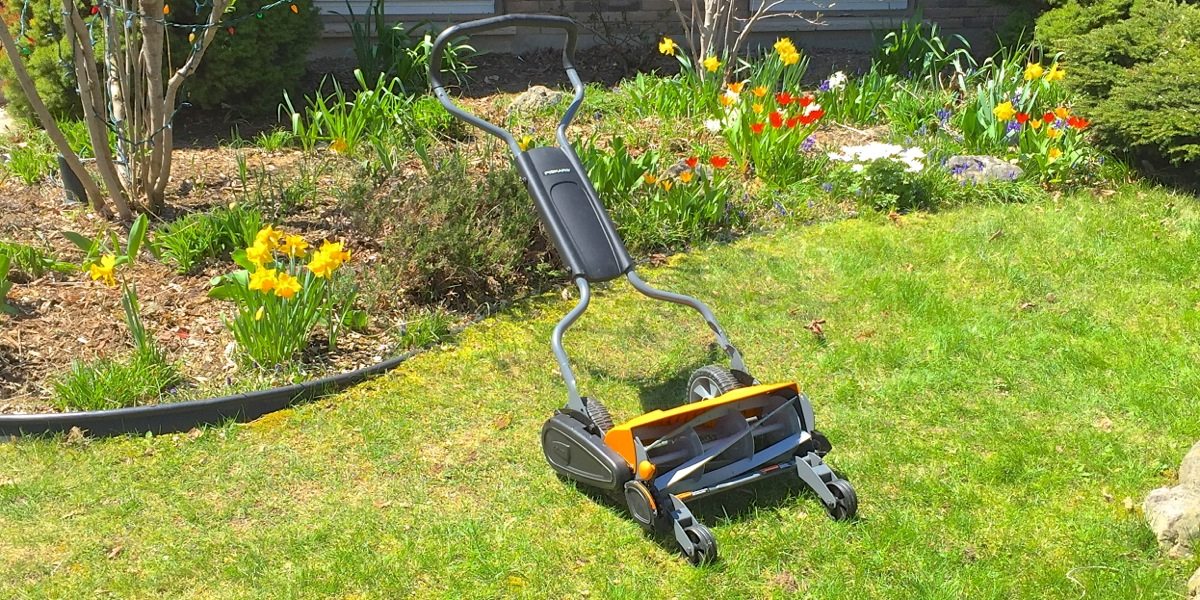 My life has come full circle, at least in terms of lawn care. When I was a kid, I started cutting grass using my grandfather’s old reel mower. More decades than I care to admit later, I’m once again using a push reel mower and I couldn’t be happier. The Fiskars StaySharp Max Reel Mower is a little more high-tech than the one I started with, but the reasons for human power — reducing air and noise pollution while providing  exercise — are more  important than ever.

For the first few years we owned our current house, I used a 6.75 HP, self-propelled gas mower. Frankly, it was overkill for the size of the yards and as we accumulated obstacles like the kids’ playhouse, it became a pain to manoeuvre it around. Besides, it ate gasoline (which had to be stored in the shed), it was loud and winterizing the engine was yet another in a long list of fall chores.

I switched to a Neuton CE5 battery-powered mower. It was a good grass cutter, much more compact and lightweight compared to the old beast. I bought a second battery and that was plenty of power to cut both the front and back. However, after its fifth season, it was time to retire the Neuton. The lead acid batteries were failing — one couldn’t hold a charge at all by the end — and the handle was held together with duct tape. Shipping replacement batteries (no local stores carry them) was prohibitively expensive.

My father-in-law had purchased a Fiskars Max Reel and loved it. He offered to let me borrow the odd-looking push reel mower a few times and it passed all tests with flying colors. This spring, I bought one, officially coming full circle back to my days of human-powered lawn mowing.

First Impression
This is a very strange-looking lawn mower. Rather than thee traditional two-wheel reel mower setup, it has four wheels. The front two are much smaller and all four are inset. The blades are covered by a bright orange hood and the upturned handle looks inspired by a racing bike.

Performance
The big question is how well does it cut? The StaySharp Max Reel has done very well. It evenly cuts through grass thick and thin. I’ve used it when we were away for two weeks and the lawn was a veritable jungle. The hood throws the clippings out front (and there were a lot that day) but it still did a nice job and didn’t bog down. It can cut close to edges thanks to those inset wheels and the 18-inch cutting path is a nice compromise between quick cutting and being able to squeeze through narrow spaces. The two issues I’ve run into are that it doesn’t get into constricted spaces effectively (because the  blades are set well back from the front set of wheels) and it frequently misses long dandelion stems. The battery-powered mower missed those, too. That’s what trimmers are for…

Oh, it’s worth noting that pretty much any reel mower makes little noise, just the “whirring” of the spinning blades. That means you can cut the grass at 9 am on Sunday morning without feeling guilty.

Ease of Use
Setup was simple (the mower ships in just several pieces and assembly is essentially a matter of attaching the handles). Testing the blade alignment with a piece of paper is recommended as part of setup and there could be periodic adjustments needed. I haven’t had to tweak mine yet, but my father-in-law assures me doing so isn’t a big deal.

What really makes the StaySharp Max Reel stand out from other reel mowers is hidden beneath a plastic shield on one side. It has a chain driven “Inertia Drive.” This makes it easier to push and keep moving — even if you hit a twig or an incline. It really does help to cut down on the effort involved while giving the reel mower more power than most in its class.

I’m also a lot less concerned about the kids using a push mower. Unlike a powered mower, once you stop moving, the blades spin down pretty quickly.

The Real Winner of the Tour de France? Chalkbot 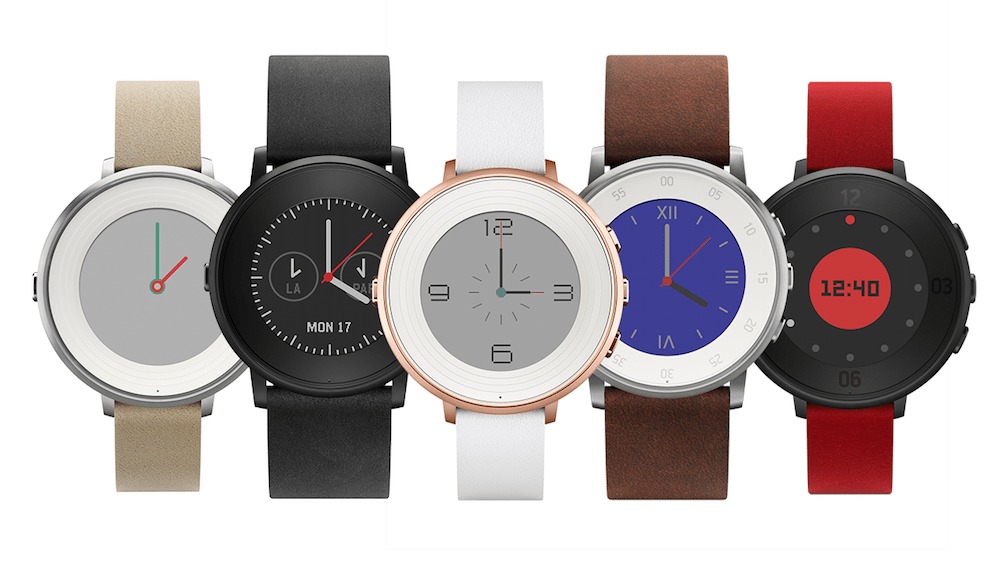 Pebble Time Round Review: A Centimeter Too Far?

The Geeky Truth About Famous Moments in History