Corrina: Arrow does well by itself this week, tossing in a plot development that surprised and pleased me. I expected there to be a fake-out with Roy’s “death,” but what I didn’t expect was the rest of Team Arrow to be in on it.

Mordechai: I freely admit, I thought it was legit. I was expecting Roy to become Thea’s motivation for taking up a mask. What, only women can be fridged on this show?

Corrina: As Felicity said, Oliver needs to learn to accept help. He also needs to let people smarter than he is tell him what to do because our Emerald Archer isn’t so bright, especially if he left the Arrow Cave intact for Captain Lance to find. He’s saved there, once again, by Team Arrow.

Mordechai: Without knowing about the death fake-out, leaving Roy’s prints there is a bit of a jerk move–why not wipe them all? Ohhhh. With that said, it was great because we’re now seeing Roy, Diggle, and Felicity acting not as adjuncts to Oliver, but as equals. As you note, Ollie’s not too bright. (Plainclothes detectives are following Ollie? Then maybe he shouldn’t be in the backup lair at all?)

Corrina: Another good plot development: finding out Amanda Waller isn’t the one chasing Ollie, Tatsu, and Maseo in the flashbacks. Instead, it’s some crazy general who wants to unleash a plague. It’s not clear why–he wants to hurt China??–but it makes more sense than Waller trying to kill them.

Mordechai: And the flashbacks mirror the current story in Maseo and Tatsu standing up to Oliver–which makes sense. Why the heck would new-at-this Oliver be the better choice to run the show than the experienced Maseo? Although why Maseo expected his key card to still work is beyond me (yet it did).

Corrina: Then there’s Ray. Let’s talk Ray. I like Ray. I could say I like him because he’s cute but, let’s face it, everyone on this show is cute, save Lance–and being closer to Paul Blackthrone’s age than Stephen Amell’s age, I could crush on him too, especially if Lance gets the scenes he did like in the jail with Roy.

So why do I like Ray even if Iron Ray seems kind of silly? Most of all, he’s mature and he’s kind. Ray’s mature because he knows Felicity is still wrapped up emotionally in Oliver and he doesn’t pull any “choose between us,” etc. Instead, he respects Felicity’s choice to be with him and trusts her. That may not work out for him long term, but it’s working out much better for him short term than being jealous and insecure. After all, Felicity goes home with him.

Ray’s also kind. He’s kind to Oliver, even though he has reason not to be. He was even kind to Mama Smoak, who’s a handful. His main flaw seems to be that he’s genuinely afraid and out of his depth as Iron Ray. He knows science but he doesn’t know how to fight and he’s not always able to push through pain.

Poor Ray. He’s not given any of the studly, manly flaws, like being emotionally distant or hiding secrets from the one he loves to “protect” them or feeling responsible for every single death on the show, even though that’s ridiculous. Nope, his flaw is that he gets scared when someone with a superpower is close to killing him and needs a pep talk.

But who’s the bigger coward? The person genuinely terrified of dying who goes into battle anyway or the emotionally closed off person carrying half a death wish?

Aside: You know it’s a good episode when I start ruminating on character motivations.

Mordechai: The passage above is so well said that I almost didn’t bother saying anything at all here. Ray works for me because of the above, and because of his gosh darn earnestness.

Corrina: Courage brings us back to Roy Harper, willing to give up Thea and his entire old life to not only assuage his guilt over the police officer’s death last year, but also to thank Oliver for saving him from the path of violence he was headed down before he met the Arrow. Roy’s grown up. Go, Roy. I’ll miss you far more than I thought I would when you first appeared.

Mordechai: Amen. Roy’s gone from “kinda being there” for the last few seasons to being a character the viewer cares about, and this was a heck of a payoff. Both the fake out and the real deal. If they’d fake killed him off last year, it would have had nowhere near the same impact.

Corrina: Now we get to the flaws. Tell me why Merlyn is still running around Starling City if he’s not even there to protect Thea from Ra’s Al Ghul’s attack. Why isn’t he in Flash’s secret prison? That’s where they sent the metahuman from this episode. (Ray also is the first one to ask, um, how do you feed these guys? That prison on Flash bugs the hell out of me, especially with the studies on how damaging solitary confinement can be.)

Mordechai: Yes! And if the team is willing to go to A.R.G.U.S. for help with faking Roy’s death, why not go to them about countless other issues? You think a massive spy agency that’s indebted to you might be some help now and again.

One interesting note is that this episode establishes that there are metahumans out there other than just the ones caused by the S.T.A.R. labs explosion (our bad guy was jailed in Opal City at the time of the event). This could very well be the setup for the new spin-off.

Corrina: Back to Arrow. Go Thea for fighting back.

But booo!! to the show for once again making “saving/avenging the womenfolk” a plot point.

In season 1, it was Sara’s death that motivated many of the cast members. Forgivable, seeing as how Laurel, Thea, Shado, Felicity, and Moira had their own stories and motivations. In season 2, the entire motivation of the villain is based on the fridging of Shado. Moira is also fridged after the writers admitted they had no idea what to do with her. Somewhat mitigated by Sara coming back and being awesome. Season 3, however, brought us Sara’s death to once again motivate everyone over a fallen woman, pulled Felicity into a romance subplot that isn’t horribly integrated into the show, and turned Thea into a hypnotized assassin and, now, a hostage to fortune.

So, of the women from season 1, Laurel has the most agency now, with Felicity a close second and we’ve lost everyone else. (Maybe not Thea, but she’ll be busy being dead for a while.)

Not a good track record, show, especially when you toss in Ray’s dead fiancee, who’s a motivation for his becoming a hero, and Malcolm Merlyn’s original motivation for wanting to blow up the Glades: his wife’s death. I humbly suggest this plot device has been used up. Bored now.

Mordechai: Agreed. I mean, we know it’s going to set up Oliver accepting the role of Deamon’s-Head-in-Training for access to the Lazarus pit (hence, Ra’s “he’ll beg me” line right before the fight), which will bring Thea back (and smart money says Sara too). But they could have done the same scene with Roy.

Also, while the antagonist was neat in some ways, I rolled my eyes at Felicity as a damsel in distress. (Fine yeah, Ollie couldn’t go with her, but how about Diggle?) Yes, she escaped herself, but forgetting that this guy is strong enough to crush Ray’s throat through armor, there’s the simple weirdness of him having a ranged attack (eye blasts!) and not using them against her.

Still, this was a crazy strong episode, even with those issues. One of the best of the season. I particularly like the problem it’s set up: The Arrow is now dead. Like I note above, Oliver’s totally going to take the mantle and use it to save his sister, but what does he do after that?

Corrina: He should ask Team Arrow. They know how to plan. 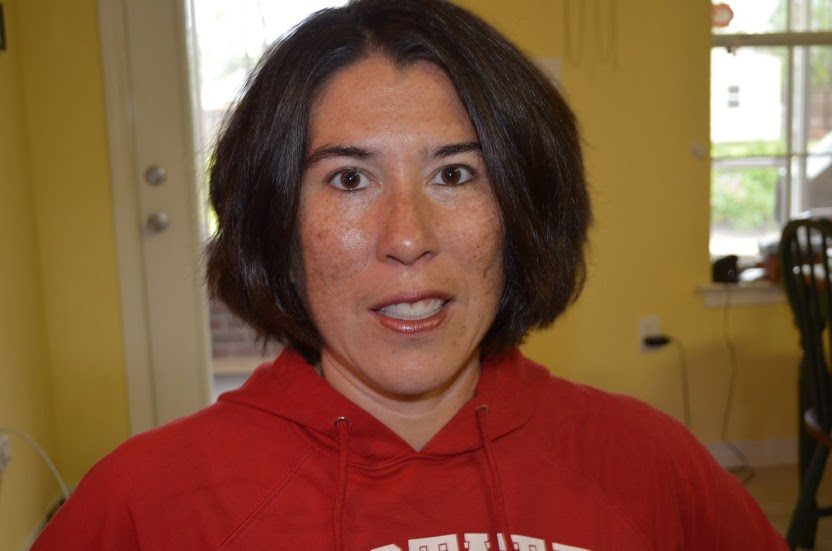 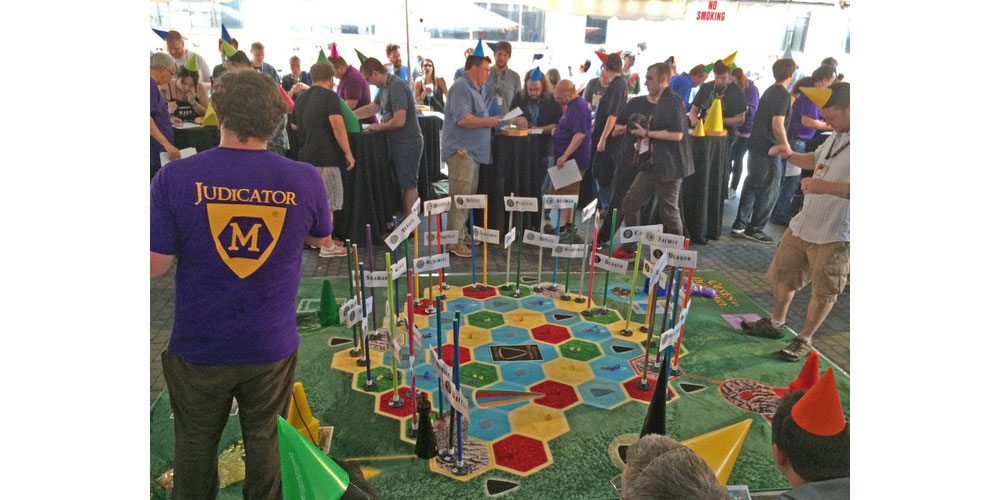 Gather Around, Architects and Ledgermen — It’s a Kickstarter Alert for Cones of Dunshire