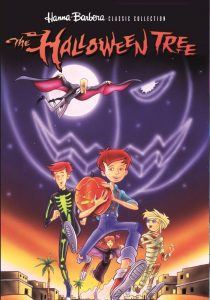 There was a time before cable television – before on-demand, streaming and DVR. This was an age when children could only watch a meager measure of animated adventures, usually a couple hours of toy tie-in cartoons after school and a few more as part of the traditional Saturday morning lineup.

Primetime ‘toons? Those were a delightful rarity!

The exceptions to this rule were the holiday specials: a wispy collection of seasonal shows that would pop up annually during the autumn and winter months, much to the delight of animation-starved children of decades long past. We watched the same handful of shows each year without fail, and along the way they became an integral part of our cultural heritage. Sure, we often wax nostalgic about The Year Without a Santa Claus and How the Grinch Stole Christmas!, but it was the Halloween specials that were always my favorite.

Submitted for your perusal are these five classic examples of old school animated specials. Before The Simpsons’ Treehouse of Horror changed the game, they were all we had. And we loved them in spite of their unbridled cheesiness.

Garfield’s Halloween Adventure: Before Jim Davis’s lethargic feline had his own Saturday morning cartoon, he graced the small screen in a series of primetime specials including this 1985 fright-fest. Garfield’s Halloween Adventure finds Garfield and Odie discovering a mansion haunted by ghostly pirates searching for a long-buried treasure. While certainly spookier than your typical Scooby Doo villain, they ain’t exactly Captain Barbossa. The aged cabin boy who relates the tale of their blood oath, on the other hand, is moderately terrifying.

Disney’s Halloween Treat: Originally aired as a part of The Wonderful World of Disney anthology, Disney’s Halloween Treat is essentially a highlight reel of Disney’s most sinister and supernatural moments, as well as a veritable love letter to the villains of yore. And while Captain Hook and Cruella certainly hold their own, the show is handily stolen by the inclusion of the epically animated Night on Bald Mountain sequence from Fantasia and the comically dire Headless Horsemen versus Ichabod Crane sequence cribbed from The Adventures of Ichabod and Mr. Toad.

Bugs Bunny’s Howl-oween Special: This Looney Tunes special from 1978 similarly collects a number of classic clips with a shared focus on supernatural slapstick. These are tied together by vignettes featuring the character Witch Hazel, complete with her trademark flying hairpins. Several of this special’s finer moments (including Bugs’s dual with Count Blood Count) are also included in the Daffy Duck’s Quackbusters compilation.

The Halloween Tree: While based on the 1972 novel of the same name, this animated special didn’t appear until the early nineties. It is of particular note due to its geeky pedigree, as the cartoon features the voices of acclaimed author Ray Bradbury, the writer of the book, as narrator and Leonard Nimoy as Mr. Moundshroud. Therein the sinister Moundshroud takes a group of neighborhood friends on a dazzling adventure through time to uncover the origins and influences of Halloween, while the life of one of their own hangs in the balance.

It’s the Great Pumpkin, Charlie Brown: And, of course, the pièce de résistance is this 1966 Peanuts masterwork. While the main focus of this special is Linus’s all-night stakeout of the sincerest of pumpkin patches and Snoopy’s battle with the Red Baron – both of which fantasies, you’ll remember, ultimately prove fruitless – it is also ably characterized by the charming dialog of its tertiary the-gang-goes-trick-or-treating subplot, most obviously through Charlie Brown’s own “I got a rock.” It’s the Great Pumpkin, Charlie Brown is the Velvet Underground – R.I.P. Lou Reed! – of Halloween specials; while not without its flaws, it rocketed from the mid-sixties to influence practically all those that came after.