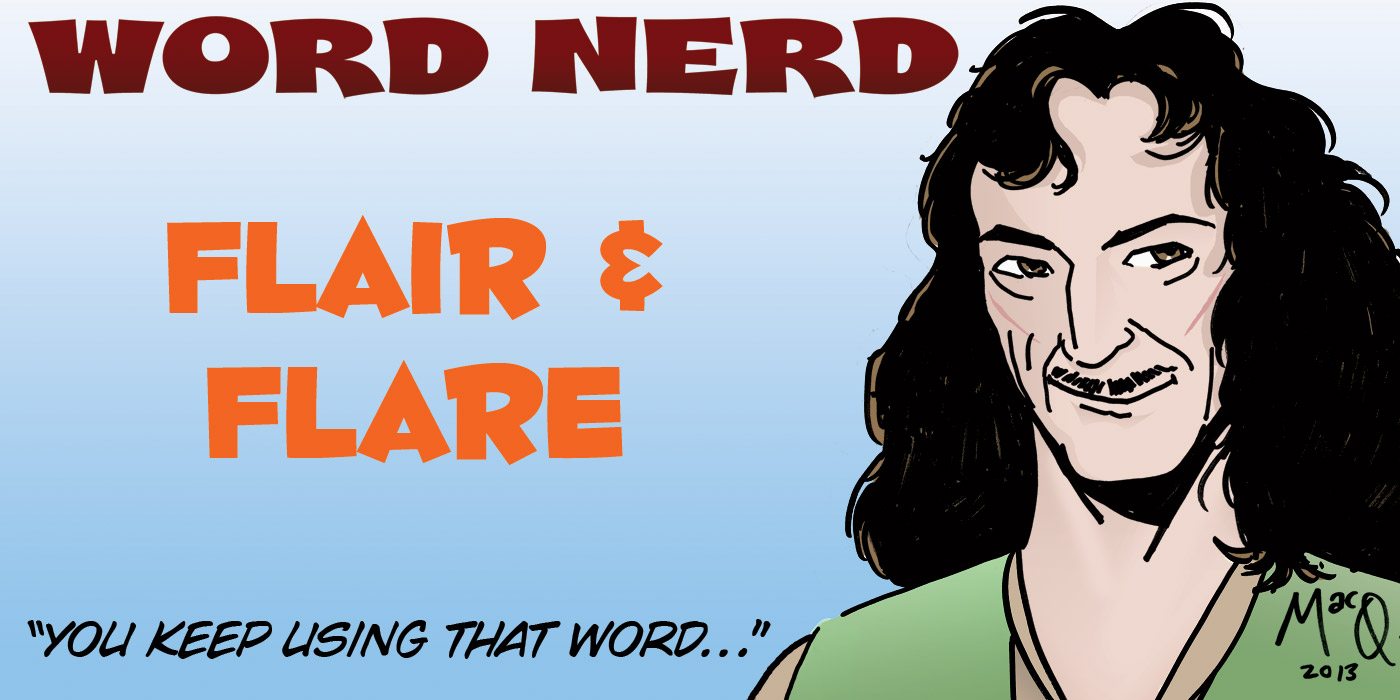 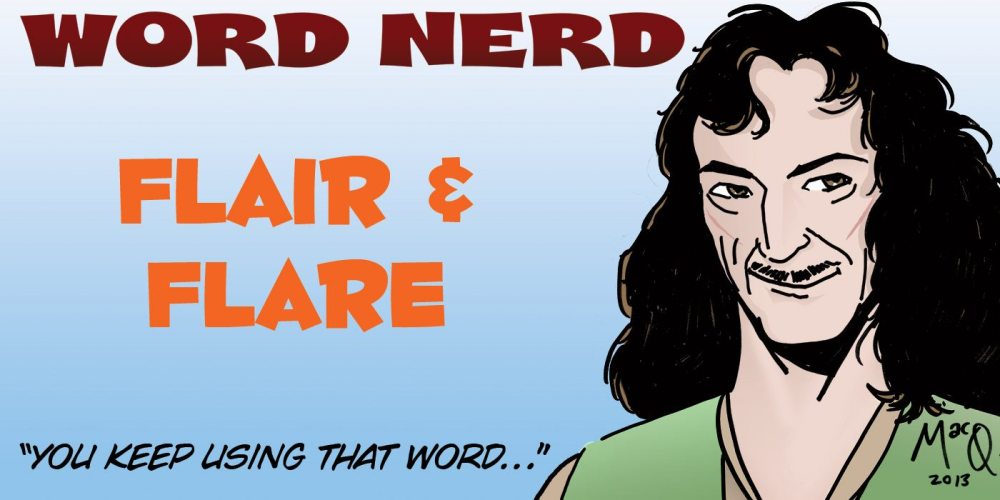 Today’s words are somewhat similar, in that both are about drawing attention and both have to do with senses; one is a bright light, the other a strong smell.

Flair: a natural talent, aptitude, or ability; smartness of style, manner, etc.; a display of one’s aptitude or nature. In hunting, the scent of an animal.

Flare: 1. a sudden blaze or burst of flame; a bright light used as a signal, a means of illumination or guidance, etc.; a device or substance used to produce such a blaze of fire or light.
2. to spread gradually outward, as the end of a trumpet, the bottom of a wide skirt, or the sides of a ship. 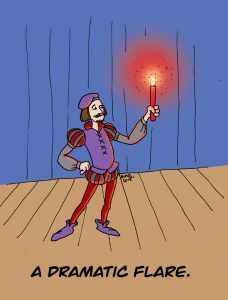 Flair comes from a mid-14th century Old French word meaning “an odor,” from flairer “to smell,” which comes from the Vulgar Latin flagrare, which derives from the Latin fragrare “emit (a sweet) odor.” Even today, hunters refer to an animal’s scent as a flair, which is where we get the use of the word to mean a talent or aptitude, such as “a flair for the dramatic.”

Flare shows up around 1550; it means “spread out” and it originally referred to hair. It is of unknown origin, perhaps from Dutch vlederen.This idea of spreading out, like the bell of a trumpet, gradually took on the secondary meaning of spreading out as a display, such as a peacock’s tail feathers. From there, it evolved into the idea of a light spreading out across the sky as a signal.

If you refer to a solar flair, you’re saying the sun is stylish.

If you say you want to dress with flare, you are either planning to wear bell-bottom pants or set yourself on fire.

Star Wars: A Pop-Up Guide to the Galaxy