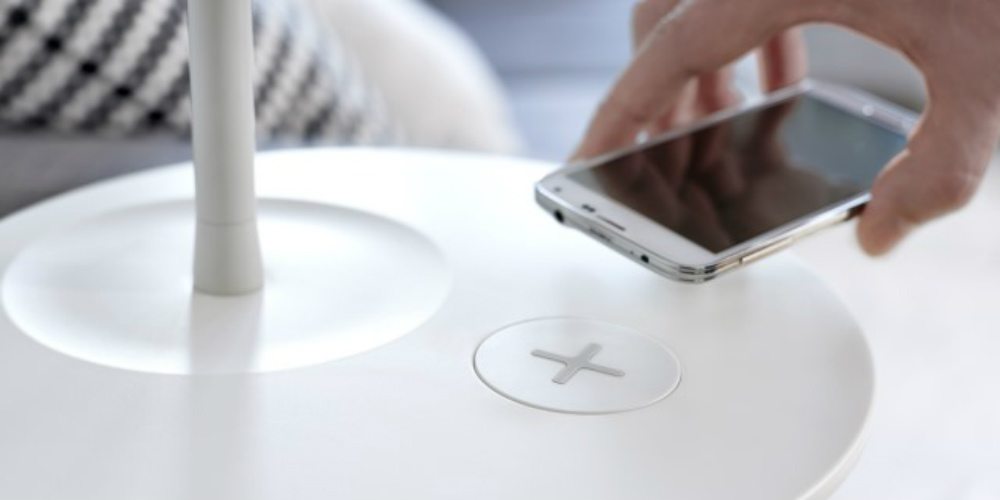 Sweden-based furniture maker IKEA and The Wireless Power Consortium have announced a new partnership that will help make wireless charging in your home more convenient and less visible.

While far from ubiquitous, wireless charging is available for many smartphones, smart watches, and other gadgets already on the market. Nearly all of Google’s Nexus smart phones and tablets can charge wirelessly. Most other models of Android (and even Apple) smartphones have cases that allow them to be powered up without a cable. Table-top stands and charging pads have been available for a while, but the real advantage of wireless charging will come from making the process (nearly) invisible.

Set for release in Europe and North America this April, IKEA has jumped on board with The Wireless Power Consortium to use the Qi charging format. As with any new technology, there is a “format war.” The main competitor in this case is the Duracell-backed Powermat, which got an early lead in the wireless charging industry. Powermat also has support from companies like Starbucks, who are installing chargers in every store nationwide, and is now expanding the roll-out to the UK. However, Qi has a larger installation base built into the devices themselves, as well as being the wireless charging format of choice by car companies like Toyota and Chrysler. Now with the support of IKEA, it’s more likely than ever that Qi will get a strong foothold on charging in the home.

Products include charging pads with a distinctly “Swedish” feel, as well as table-top and free standing lamps where the pad is invisible save for a ‘+’ where you would put your device to charge.

Do you use wireless charging to power your devices? If you don’t, what do you believe needs to happen before you will jump on board? Let us know in the comments below.