This past week’s puzzle as previously posted: 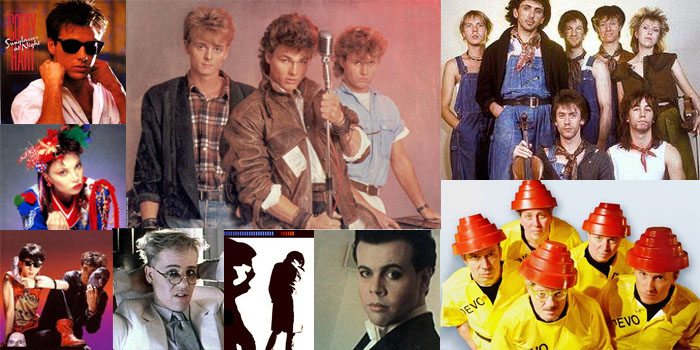 The 1980s were an amazing time for music. Not only did this decade give us the CD and the Walkman, but it also gave us the widespread use of the music synthesizer. It was a time when MTV actually played music.

Let that sink in for a moment. MTV was actually Music Television at one point.

Another big outcome of the 1980s, that happened to be a large influence on my personal musical tastes, was the One-Hit Wonder. There were so many groups that had a single, large hit that made the Top 40 Charts here in the US, and then — poof — we never heard from again.

This week’s GeekDad Puzzle of the Week is to reconstitute a set of “disemvoweled” 1980s one-hit wonders. Below is a list of the singer or group with their singleton sensation, both of which have had their vowels removed and remaining letters alphabetized. Can you put them back together properly?

Here are the artists and their singleton sensations, reconstituted with the vowels:

Congratulations to Kevin Peach for correctly deciphering the artists and songs. A $50 Gift Certificate from our friends at ThinkGeek is on its way!

Thanks to everyone that submitted a response, and to all of our loyal readers.