What in the world? It’s June? How’d that happen? Not only has nearly half the year flown by, it’s almost Father’s Day again — that most glorious of holidays to celebrate dear old dads everywhere. And while at least half of all fathers everywhere will be receiving socks, neckties, or coffee mugs, we have some ideas of more memorable (or at least enjoyable) gifts for dads. So join James Floyd Kelly, Jason Crawford Teague, Z, Brad Moon, Jonathan Liu and me for some fun Father’s Day gift ideas … 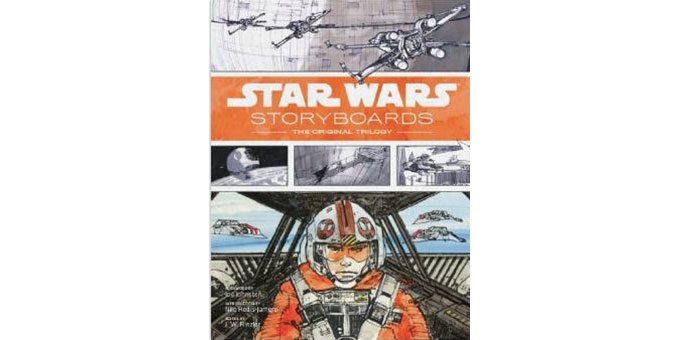 When this 350-page full-color hardback arrived in my mailbox, I spent the next few hours with a grin a mile-wide on my face. Hundreds and hundreds of sketches, artwork, commentary, and more, all showing you how the original trilogy developed… and how it could have been. Seeing (and reading) how many of your favorite scenes in Episodes IV-VI began as simple sketches and developed into detailed choreographed visuals will absolutely relight that fire in your father’s heart that he experienced a long time ago… (JFK) 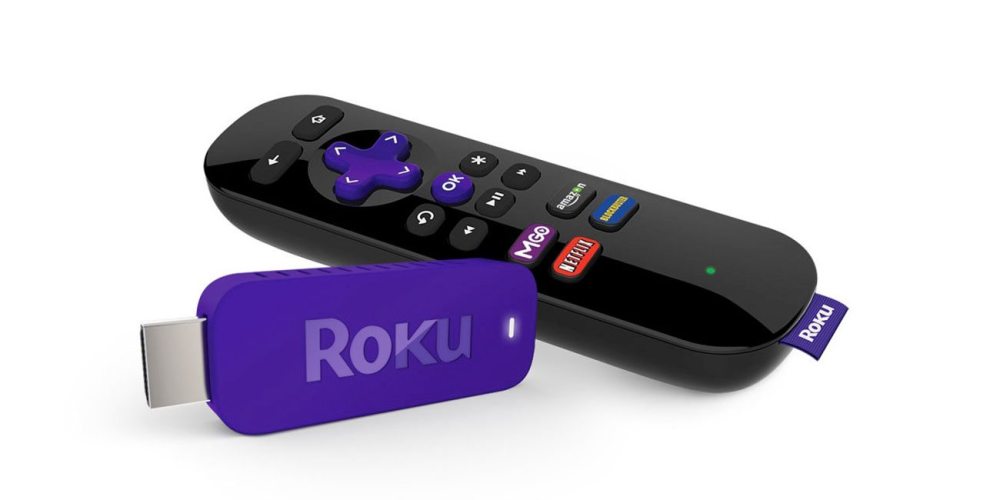 There are more devices that stream movies and entertainment than you can shake a (streaming) stick at these days, but nobody does it better than Roku. With 1,500 channels (and counting), you can watch live MLS games, check your Facebook page, listen to music on Spotify, and stream the latest Game of Thrones episode, all with a couple clicks of the remote (or your phone app). The new Roku streaming stick plugs into an HDMI jack and streams via your home wifi network. It’s simple to set up and keeps your entertainment area clean-looking. (DB) [Review materials provided by: Roku.] 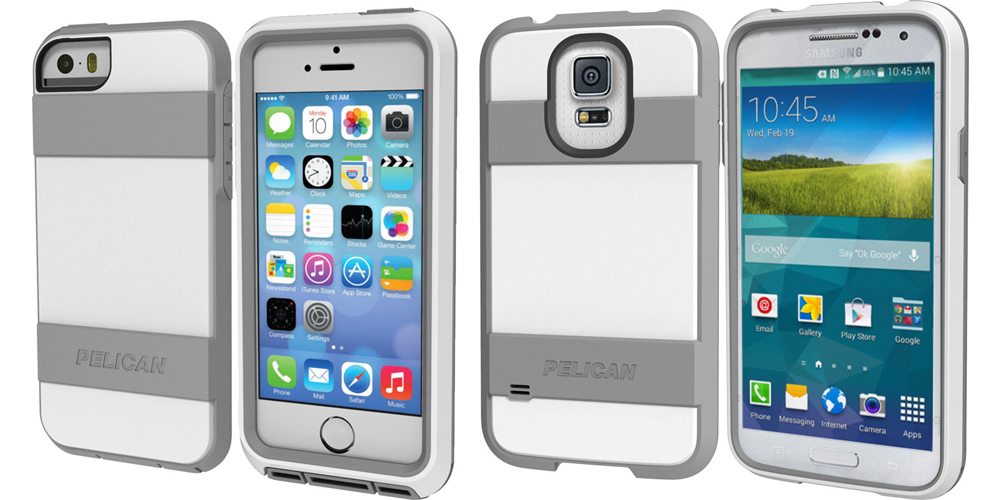 If dad’s looking for tough protection for his iPhone 5/5s or Samsung Galaxy S5, but doesn’t want to transform his sleek phone into the rubberized brick resulting from use of most Otterbox-style cases, Pelican has him covered with its Voyager line. With four layers of impact protection, a slim plastic shell with non-slip grip points, rubber dust caps, a screen protector and even a sturdy swivel holster, it offers high-grade protection that doesn’t overinflate the device’s standard footprint. (Z.) [Review materials provided by: Pelican Products Inc.] 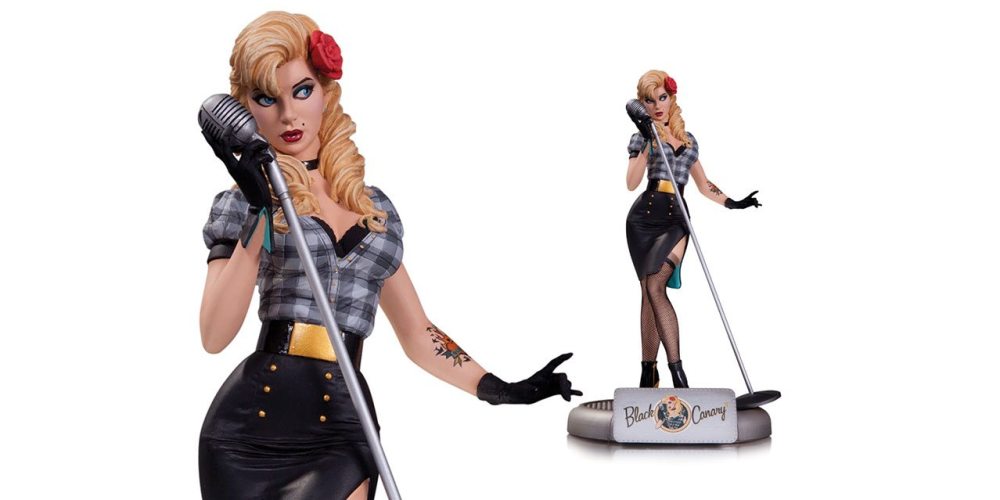 If you are looking for something a little more risqué for dad this Father’s Day, may we suggest the latest in the DC Bombshells line: Black Canary as a torch song singer? This stunningly detailed statue has a limited run of 5,200 and measures around 10 inches tall. For more details on the DC Bombshell line, check out our interview with the designer Ant Lucia. (JCT) 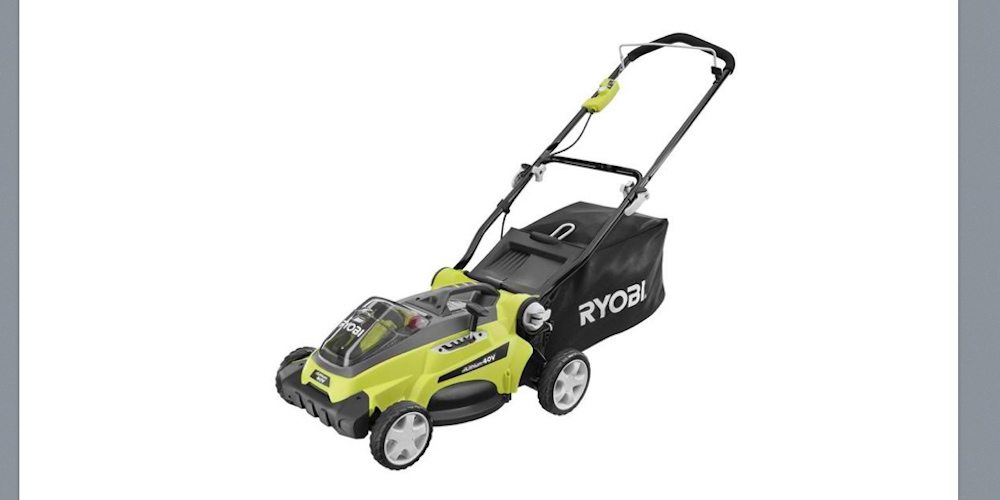 A note to my wife and kids: this is what I want for Father’s Day. I switched to a battery-powered lawn mower three years ago and I’m never going back. But my current one is beat up and uses outdated lead acid batteries (that need to be replaced soon $$$). This Ryobi is highly rated, uses lithium batteries for much faster charging and I already have a shed full of Ryobi power tools I’m more than happy with. Plus it looks like it’s going to transform into something… (BM)

Buy it on Amazon 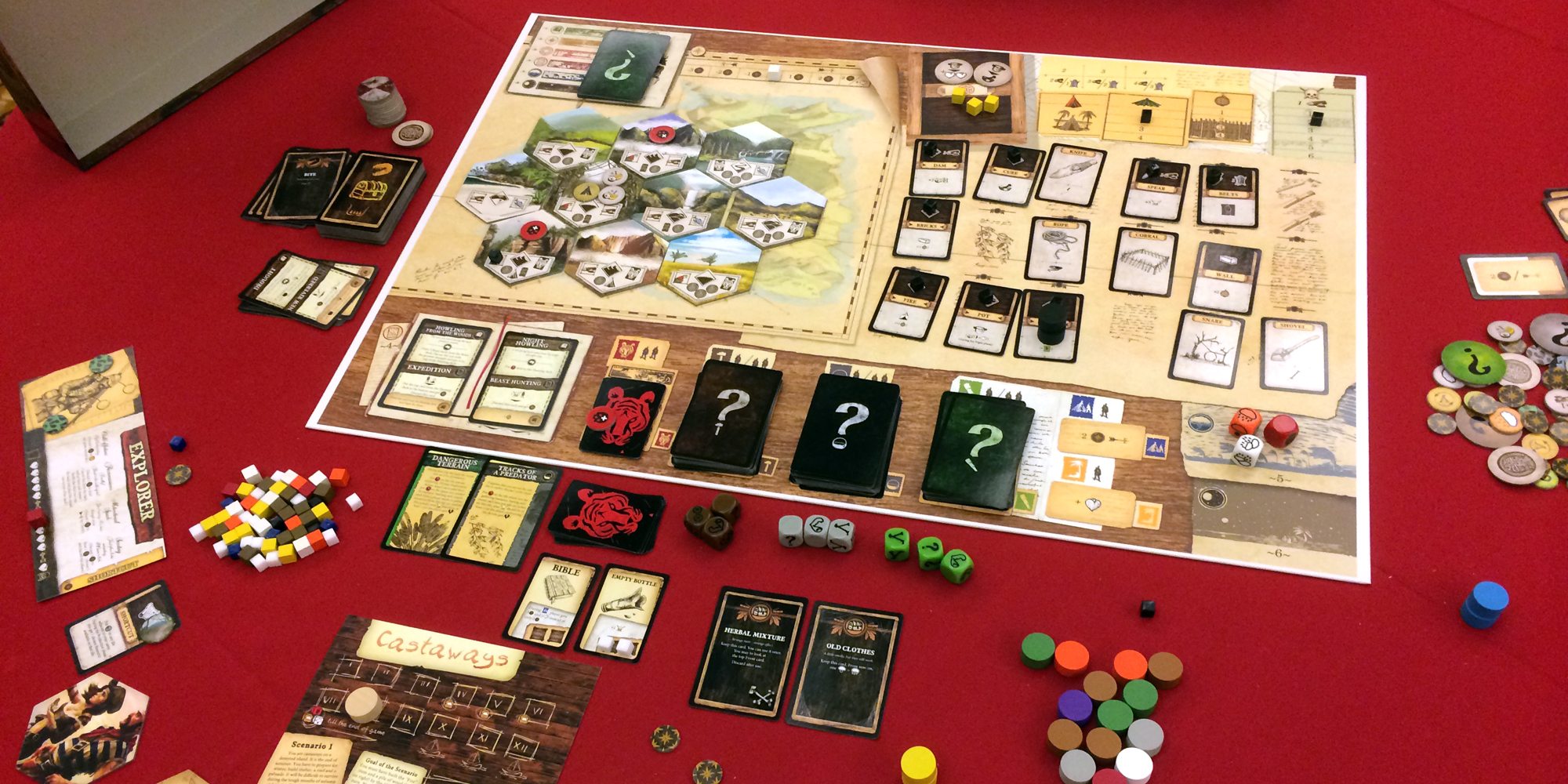 If dad’s a glutton for punishment, strand him on an island. Well, not a real island. Robinson Crusoe is a cooperative board game that’s as close to being Tom Hanks in Cast Away as you probably want to be. You’ll have to gather wood, build a shelter and fire, and try to get enough food so you don’t starve. The game is really challenging—you’re likely to die several times before you get the hang of it—but it’s gorgeous to look at and a thematically rich experience. It’s a bit of a splurge, but it’s cheaper than buying dad his own private island, right? (JL) 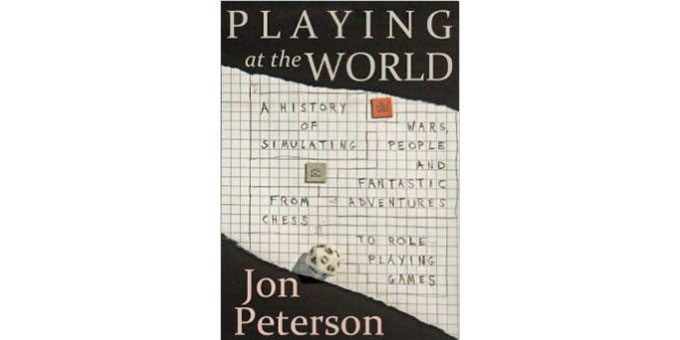 Playing at the World by Jon Peterson

D&D is making news again as it prepares for the release of a new set of books and resources. If your dad has fond memories of D&D (or even plays today), and hasn’t read Jon Peterson’s 650+ page history of war-games and role playing games (with a heavy focus on Gygax and Arneson, the creators of D&D), put a smile on his face and give him one of the most interesting reads on the subject. (JFK) 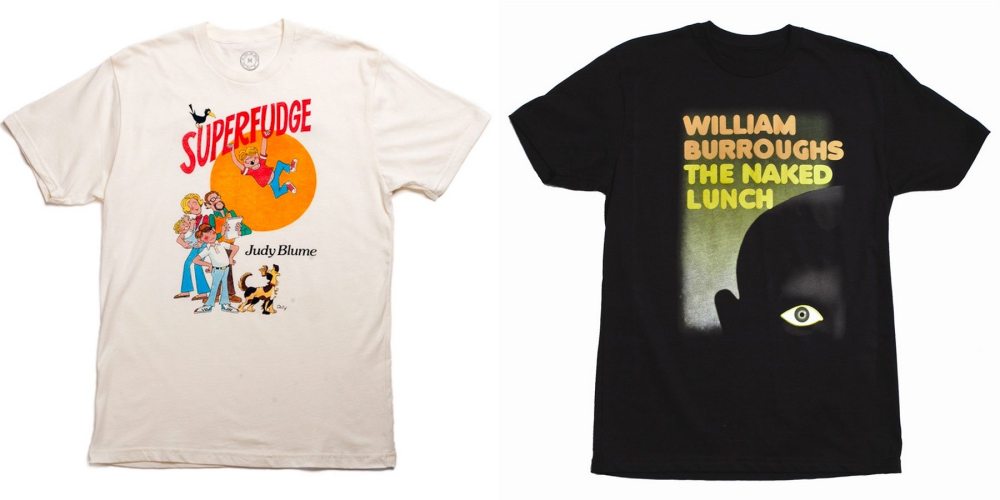 Literary shirts from Out of Print

We wear shirts promoting our favorite bands, comic books, video games, television shows, and movies … why not books? Well, part of the reason is that there aren’t many t-shirts that scream out “I LOVE TO READ!”, with one huge exception being these gems from Out of Print. With nearly 80 tees to choose from, let dad proudly show his allegiance with classic covers from Vonnegut, Bradbury, Hemingway, or a whole library of others. And if dad’s not a t-shirt fan, check out their line of totes and cases. (DB)

Buy it at Out of Print. 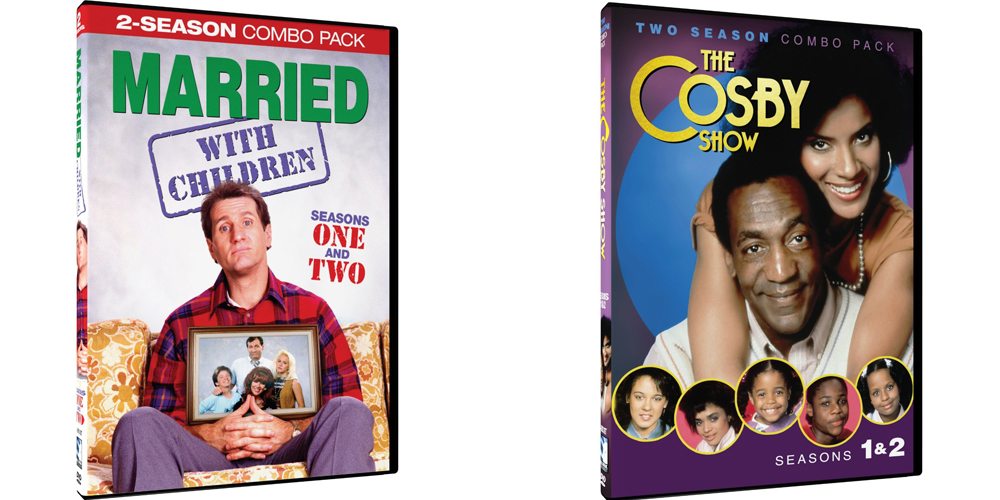 Whether your pop is a Cliff Huxtable or more of an Al Bundy-type, Mill Creek Entertainment can easily put him in touch with his classic American television counterpart. The Cosby Show‘s new season one and two combo pack offers four discs and nearly 20 hours of that time Theo did that thing and that one silly Cosby face dad likes so much. The Married with Children two-season combo similarly drops in 13 and a half hours of Al’s enchanting negativity and Peggy’s unbelievable spandex on three DVDs. Best of all, both sets are available for a song! (Z.) [Review materials provided by: Mill Creek Entertainment.] 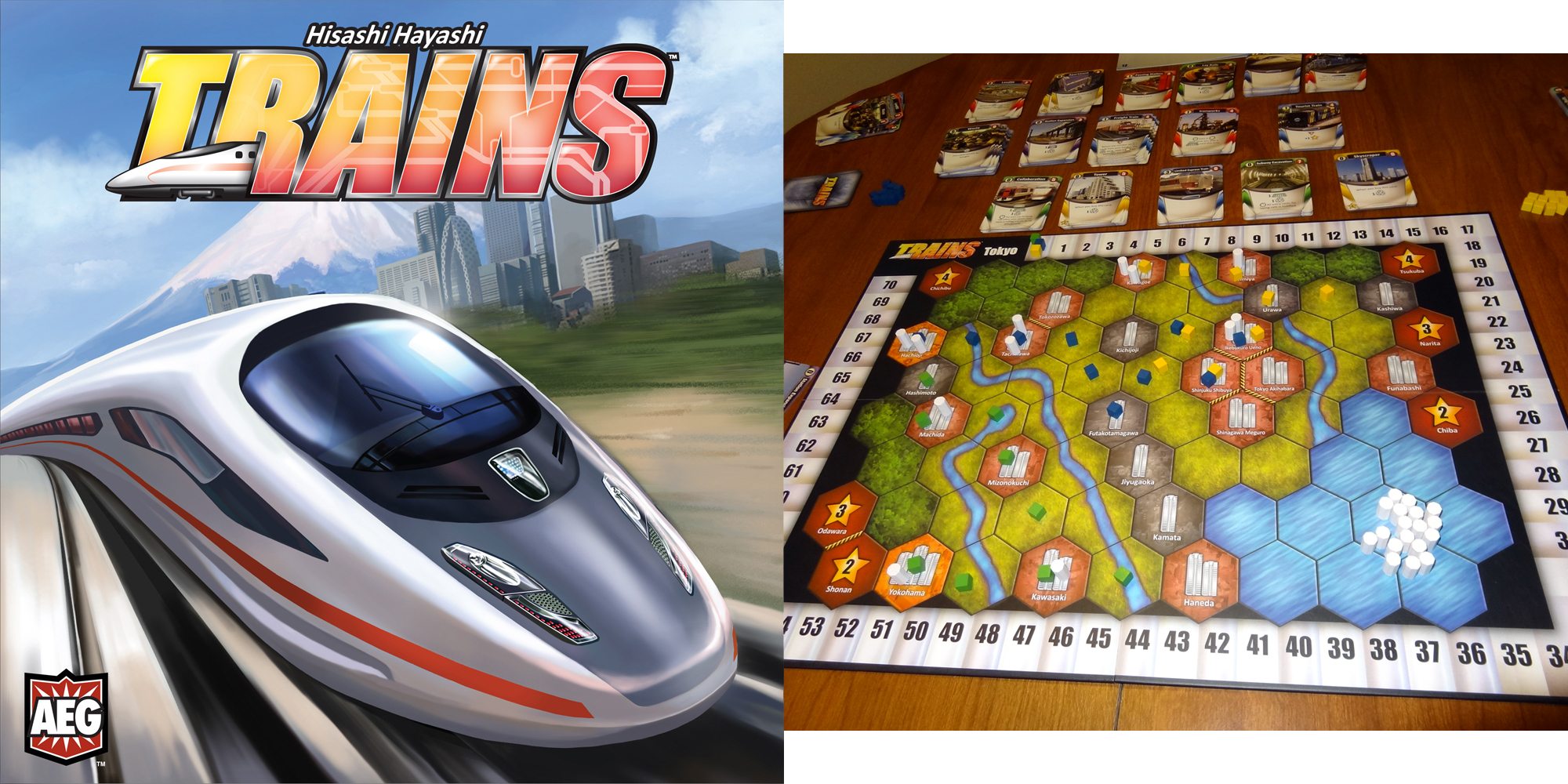 There are a lot of deck-building board games available today, and Trains is both a great introduction to the mechanic and a fresh new take on the genre. Each player builds up their own deck of cards, giving themselves better abilities or more money to purchase even better cards. But in addition to the deck-building, you’re also building tracks across a map, trying to reach lucrative cities in which to build stations. Read my full review here. (JL)

Batman and Superman make a great team, right? But imagine a time before the heroes met, when they were both young, inexperienced, and distrustful of each other. Now imagine the future teammates meet their future selves as a team. Rather than re-hash the first meeting of the “worlds’ finest” heroes for the DC 52 reboot, writer Greg Pak has chosen to explore the interplay that might occur when youth and enthusiasm meets age and treachery. What really sets this book apart, though, is the luscious art by Jae Lee and Ben Oliver. This one is a real treat for the eyes and a great place to get started reading the series. (JCT) 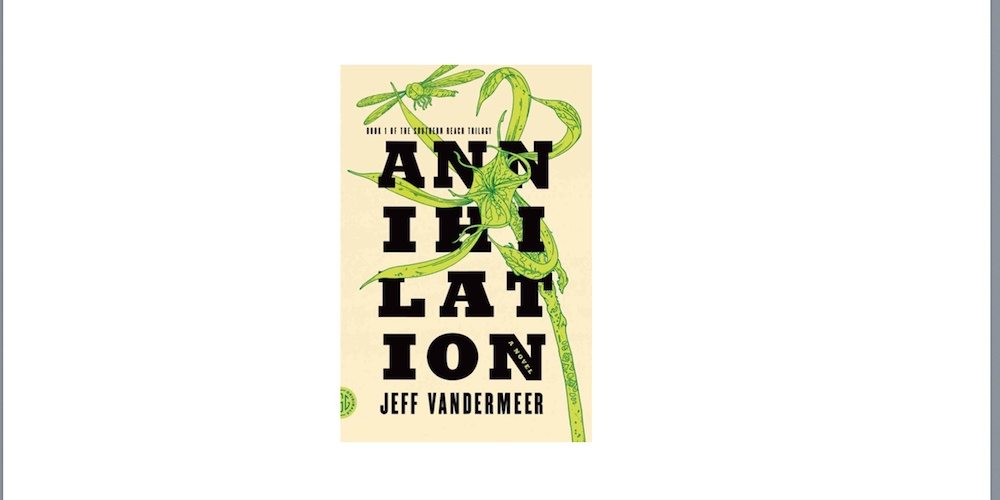 One of the best reads I’ve had in a while, Annihilation follows a biologist who is part of a group assigned to explore Area X, an off-limits coastal territory. This is the 12th expedition, previous versions ending poorly with mass suicides, cancer, and group members turning on each other. Mysterious, creepy, and the first book in my collection strange and eerie enough that my 14 year-old daughter has also glommed onto it. Best of all, it’s the first volume in a Southern Reach trilogy, which means VanderMeer has plenty of space to flesh out the mystery of Area X. (BM) 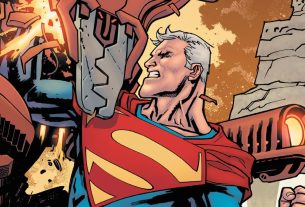