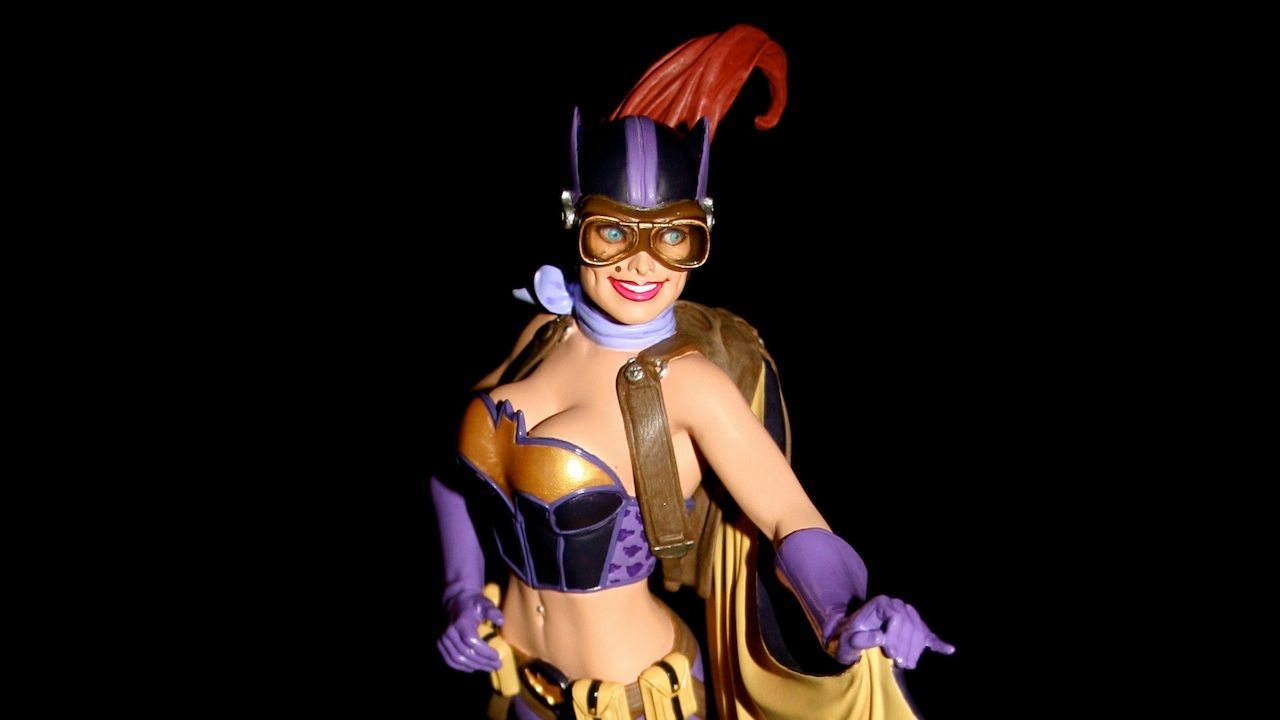 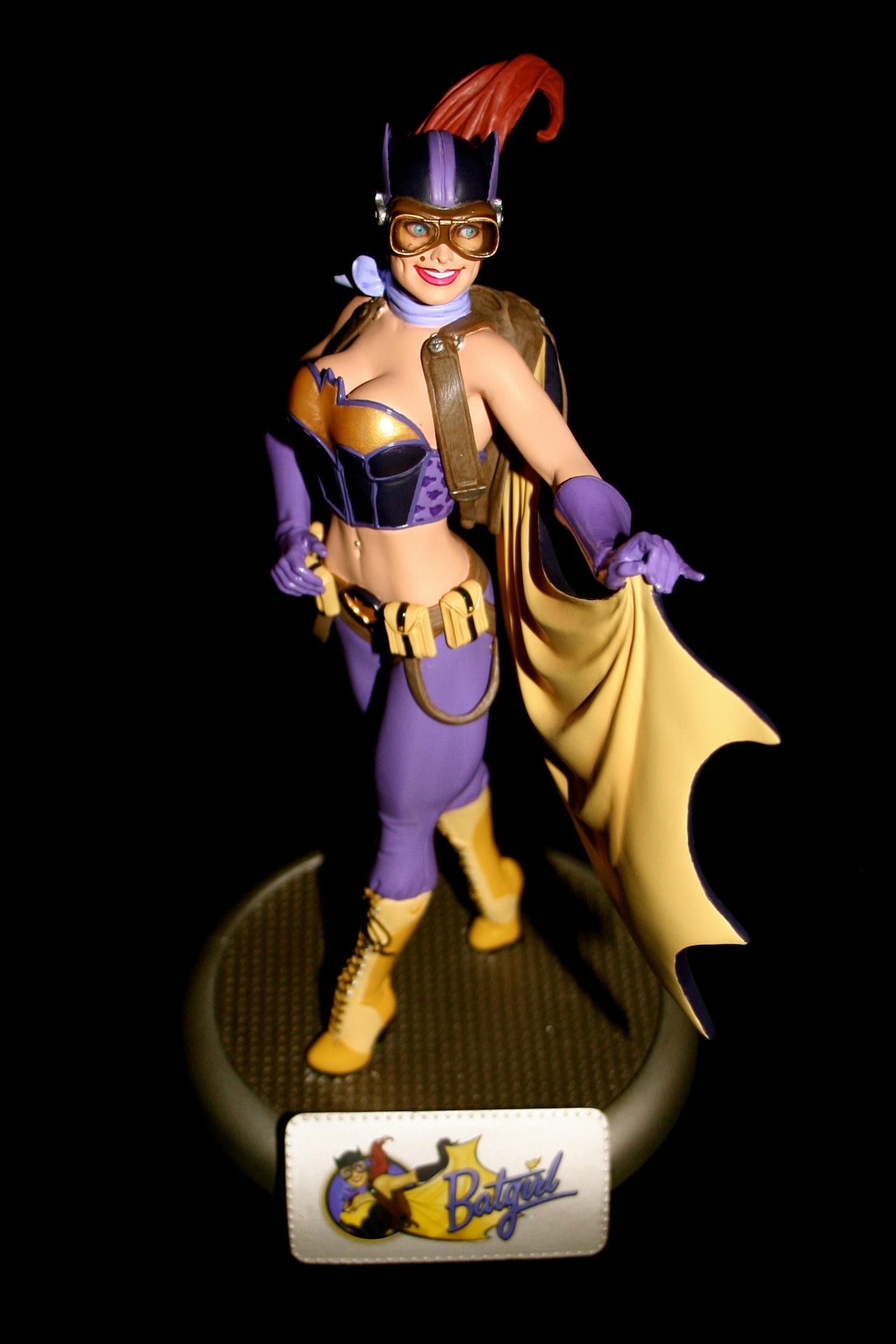 Last week, DC released the latest statue, Batgirl as an aviator ($125), complete with batcape parachute. I asked Ant Lucia, the illustrator behind the line, a few questions about the new line and his inspirations.

GeekDad: How did you develop your illustration style? What led you to pin-ups?

Ant Lucia: I take as much influence as possible from vintage pin-up illustration and photography, I think it helps keep that nostalgic appeal. I think a lot of what I do centers around composition and design.

I started developing my illustrations in Adobe illustrator—my first few years working as a designer—and I loved the polished feel you can achieve. I was always drawn to vintage posters/advertisements/propoganda and pin-up. I just wanted to create a fresh new take on that sort of iconic imagery.

GeekDad: Can you tell us a little about the DC Bombshells line and how you got involved?

Ant Lucia: The Bombshells are a nod back to the nose art of WWII bomber planes and vintage pin-up. So basically, what would these characters look like had they been from this era.

My involvement started when Jim Fletcher was cruising Artist Alley at C2E2 and stopped at my table. He looked at my artwork and mentioned he’d been wanting to do some pin-up style versions of the DC gals.

About a year later I got a call from him and Brian Walters and we talked about the concept they had been developing, they offered me the task of turning the heroines and villainesses into “Bombshells.” We talked through each character and developed a concept for each, really trying to push a high level of detail into each concept.

I think what helped me land the gig was having a background in design as well as illustration. Some of the elements of the characters would have more of a graphic nature and need more of a design touch to them. For example, developing Wonder Woman’s belt, Harley Quinn’s jacket patches, Poison Ivy and Black Canary’s tattoos, etc.

GeekDad: Batgirl came out last week and you made her into a “Fly Girl.” What was your inspiration for that?

Ant Lucia: Since the whole theme revolved around WWII Bomber planes we thought an aviator style theme would be perfect for Batgirl. Jim and Brian did a great job of providing art direction, and gave me reference of what that they had in mind before I started each concept.

We took a lot of inspiration from vintage aviator photography, the old helmet and goggles, scarf, pilot pants, and parachute, etc. I also wanted to harken back to Batgirl from the 1960s tv show, which is what inspired the pose.

Get the DC Comics Bombshells: Batgirl Statue for $125 from DC entertainment.

Discovery Channel Searches for a New Host to Destroy Stuff

Giveaway: The Golden Domo Comes Out of Hiding