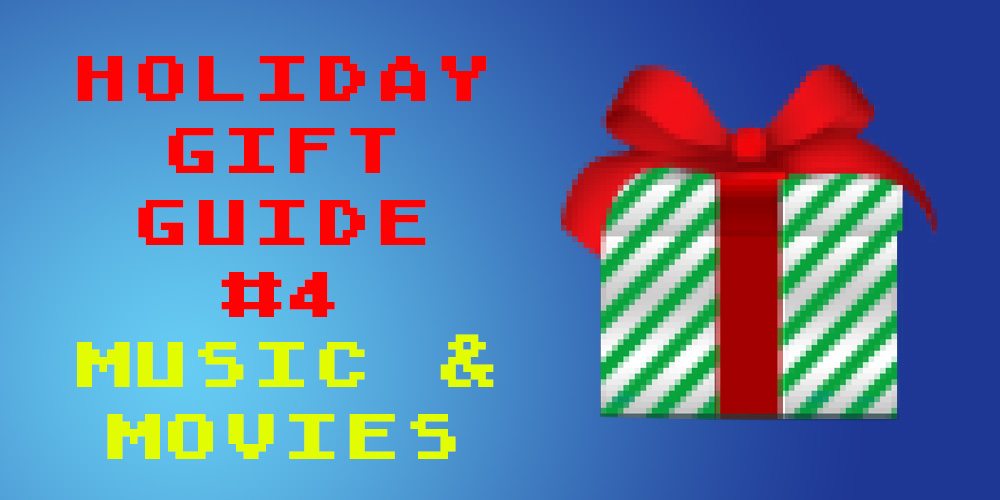 There’s nothing like sitting back and letting someone else entertain you. Whether it’s on the big (or small) screen, or through big, booming speakers (or the intimacy of headphones), movies and music mean a lot to us. Check out some of our favorites from 2013. This list features picks from Z, Brad Moon, Anton Olson, Nathan Barry, Jonathan Liu, Jason Cranford Teague, and me. If you’ve missed any of the previous guides, be sure to check out what we liked in toys, books, and games. 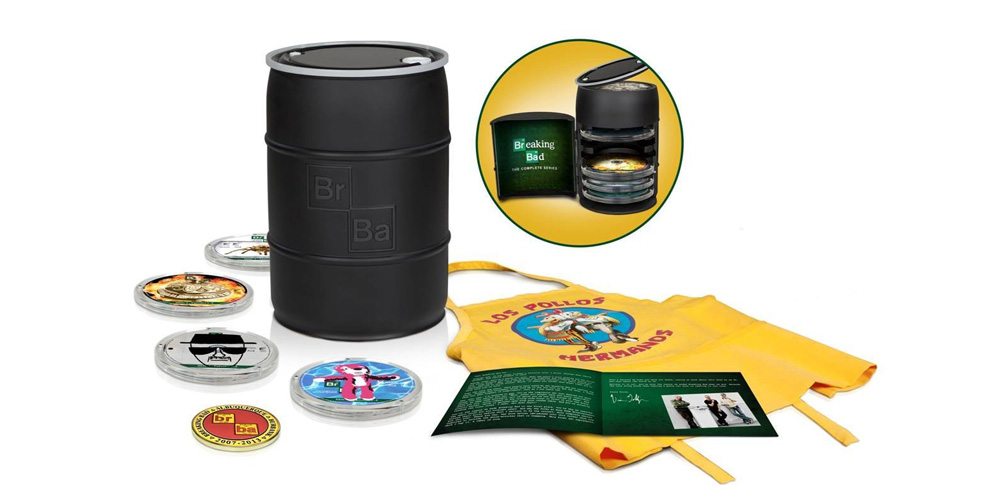 Breaking Bad: The Complete Series
Television just doesn’t seem the same now that Breaking Bad has ended. It was the show I looked forward to all week — and talked about every day in between episodes. Superb writing and superior acting made this series a must-see and a show that is sure to echo for a long time to come. (I can’t wait for someone to write about the show’s cinematography.) The complete series has more extras than can be listed here, but let me highlight the 55 hours of special features and your very own Los Pollos Hermanos apron. If you’ve never seen an episode or want to watch it all over again, buy it at Amazon. (DB) 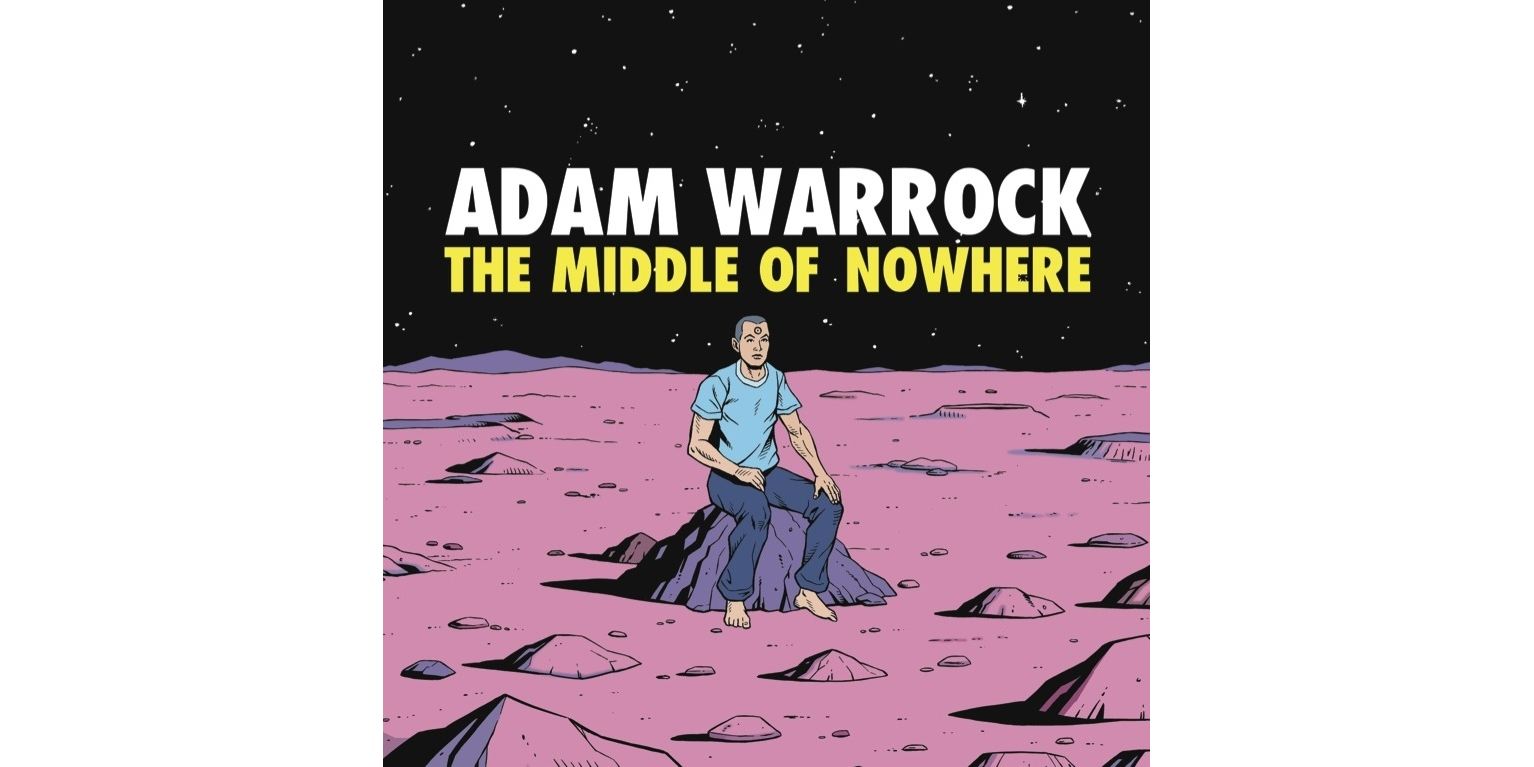 The Middle of Nowhere by Adam WarRock
Veteran pop culture rapper Adam WarRock takes a sharp left turn from the poppy, upbeat compositions of his recent creative output (City Beautiful, OXFRD CMMA) and winds up in The Middle of Nowhere. From the haunting “High School Reunion” and the aggressive “B.S.F.X.” to the old school swagger of “That Kid, Icarus” and the confessional “Nuclear Family,” The Middle of Nowhere is a beautiful example of the unique insight and intelligence of WarRock’s artistic voice presented alongside a perfect patchwork of guest vocalists and contributing producers. Buy the CD or digital release directly from the artist via Bandcamp. (Z.) 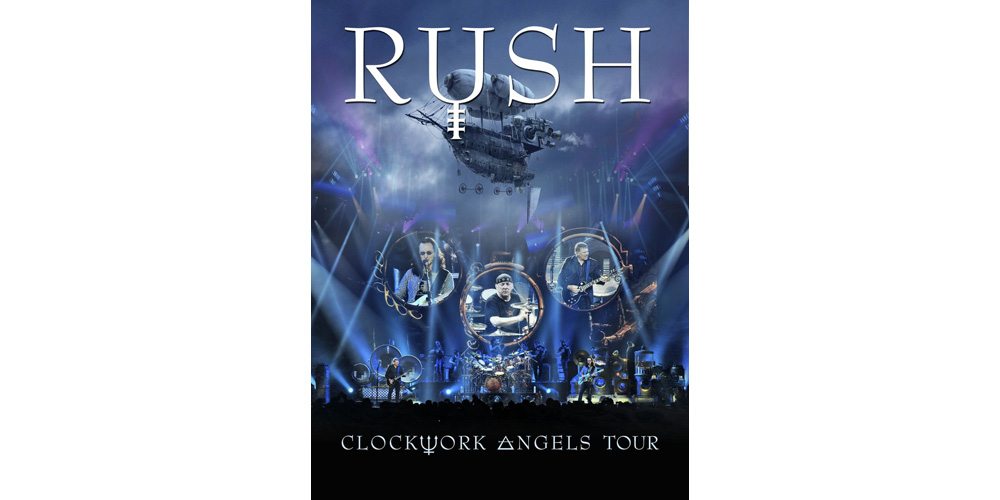 Rush: Clockwork Angels Tour Blu-Ray (2013)
If you missed one of the great geek rock concert tours of the year, no worries. You can capture the experience of the Clockwork Angels tour in your living room as Rush — fresh off their 2012 Rock and Roll Hall of Fame induction — tear it up in high definition. The Rush: Clockwork Angels Tour Blu-Ray includes over 3 hours of music (including the set played with a string section accompanying the prog rock trio on stage), a 25 minute backstage documentary and bonus footage including sound checks shot in Dallas and Phoenix. Buy it from Amazon. (BM) 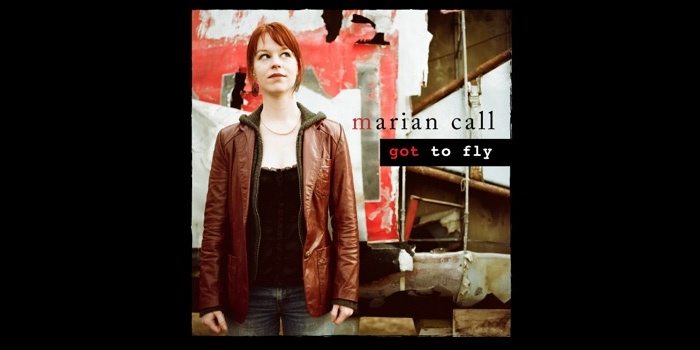 Marian Call, Got To Fly
Introduce a friend to Marian Call. Often geeky, frequently silly, and always passionate, Marian’s music will put a smile on anyone’s face. A great example to her work would be Got To Fly, an album commissioned by Quantum Mechanix, Inc. with songs inspired by Joss Whedon’s Firefly. Don’t worry, you don’t have to be a Browncoat to enjoy the music, though a passing knowledge of who Jayne is and why he’s awesome may help. Physical CDs are no longer available, but you can get a number of digital formats for the reasonable price of $7.99. If your already a fan of Marian’s work then you may want to get her newest album, Sketchbook. It is a bit more raw and intimate than her previous albums, but is still totally awesome, especially for existing fans. You can pick Got To Fly, and others on Marian’s Bandcamp page. (AO) 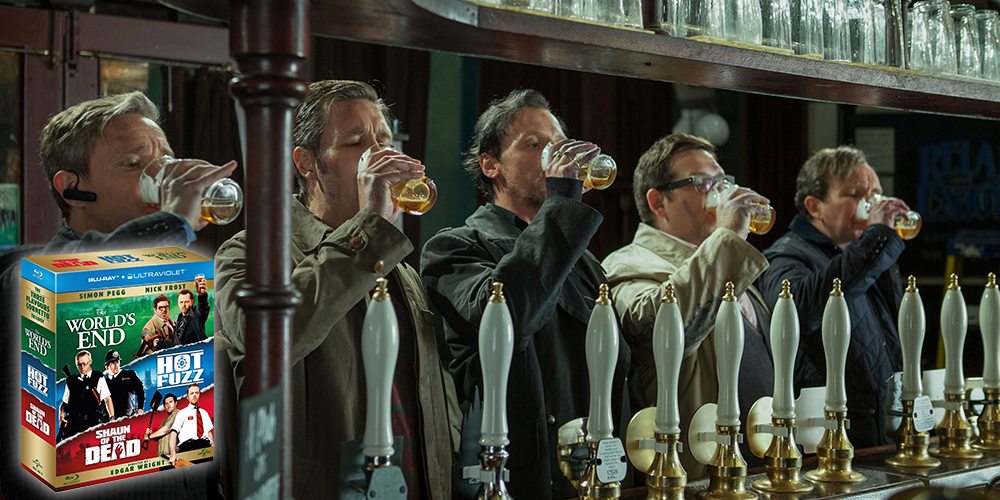 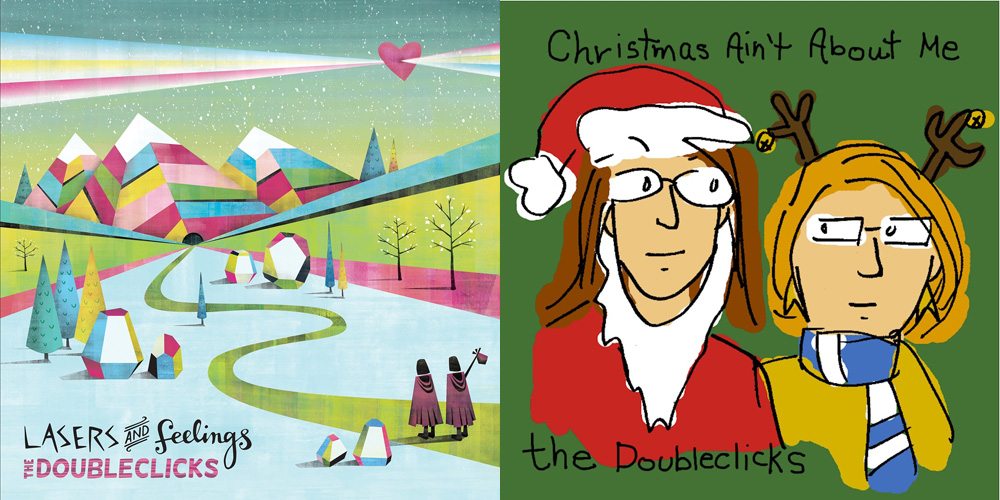 Lasers & Feelings – The Doubleclicks
This nerd-pop sister duo burst onto the scene just a couple years ago but they’ve quickly become one of my favorite acts—and thanks to their kids’ CD, my kids love their music, too. Lasers & Feelings is their latest album (released earlier this year) and touches on topics like Twitter, supervillains, Freebird, and “fake geek girl” shaming—all with a sense of humor and a catchy beat. In case you missed it last year, they also have a holiday EP, Christmas Ain’t About Me, perfect for kids with new baby siblings. Read Z.’s review here, and buy from Amazon, iTunes, or Bandcamp. (Note: everything’s 10% off until December 4 through the Bandcamp store!) (JL) 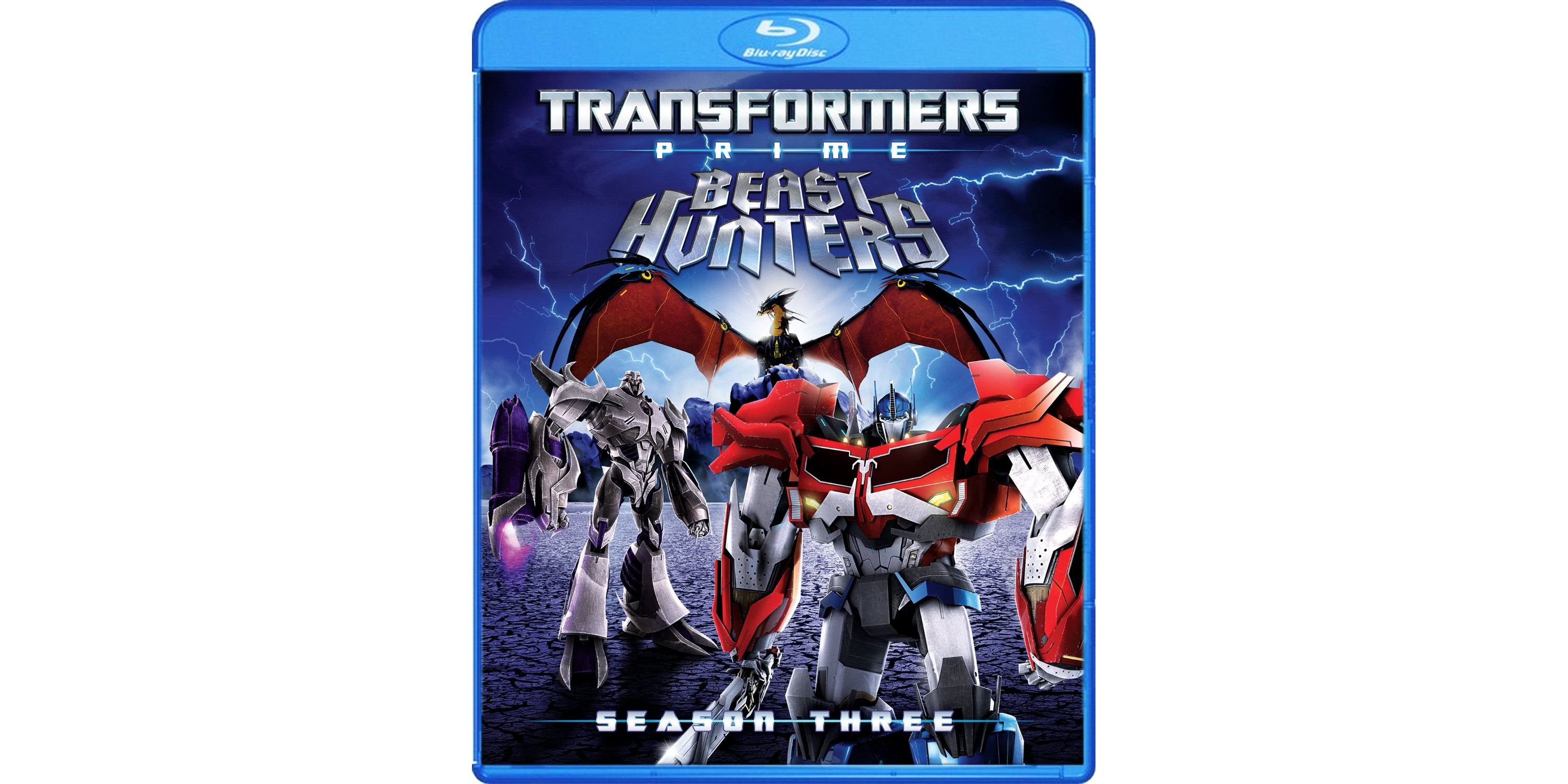 Transformers Prime Season Three — Beast Hunters
The final season of critically acclaimed animated series Transformers Prime hits Blu-ray in this epic two-disc collection. With the Autobots scattered, things go from bad to worse with the arrival of Shockwave and his clone of the ancient Cybertonian monster Predaking. Featuring bonus audio commentaries and the SDCC 2013 Transformers Prime panel – along with the expectedly flawless high-definition picture and sound, of course – it makes a great gift for fans of this new Transformers canon or Generation One oldsters looking to dive right back into the excitement. Buy it now from Amazon. [Review and promotional materials provided by: Shout! Factory] (Z.) 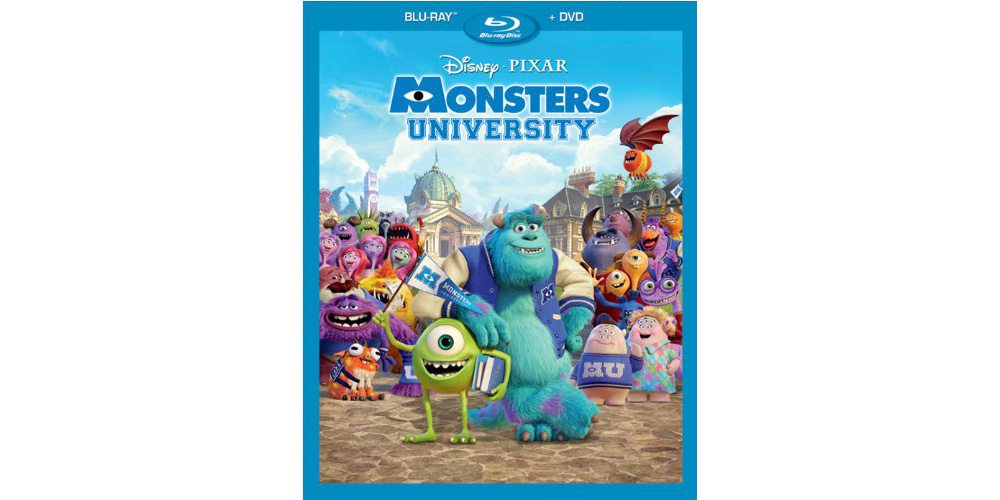 Monsters University
You may have seen it in the theaters or even streamed it when it came out, but have you really watched it? As with any Pixar movie, I’m talking about watching Monsters University with the remote in hand, ignoring Mike & Sully and watching the background, pausing to catch all the details you missed the first couple of times, and rewinding to see them again. It’s one of the better prequels you’ll ever see, plus, it’s just good, clean fun. Buy it at Amazon. (DB) 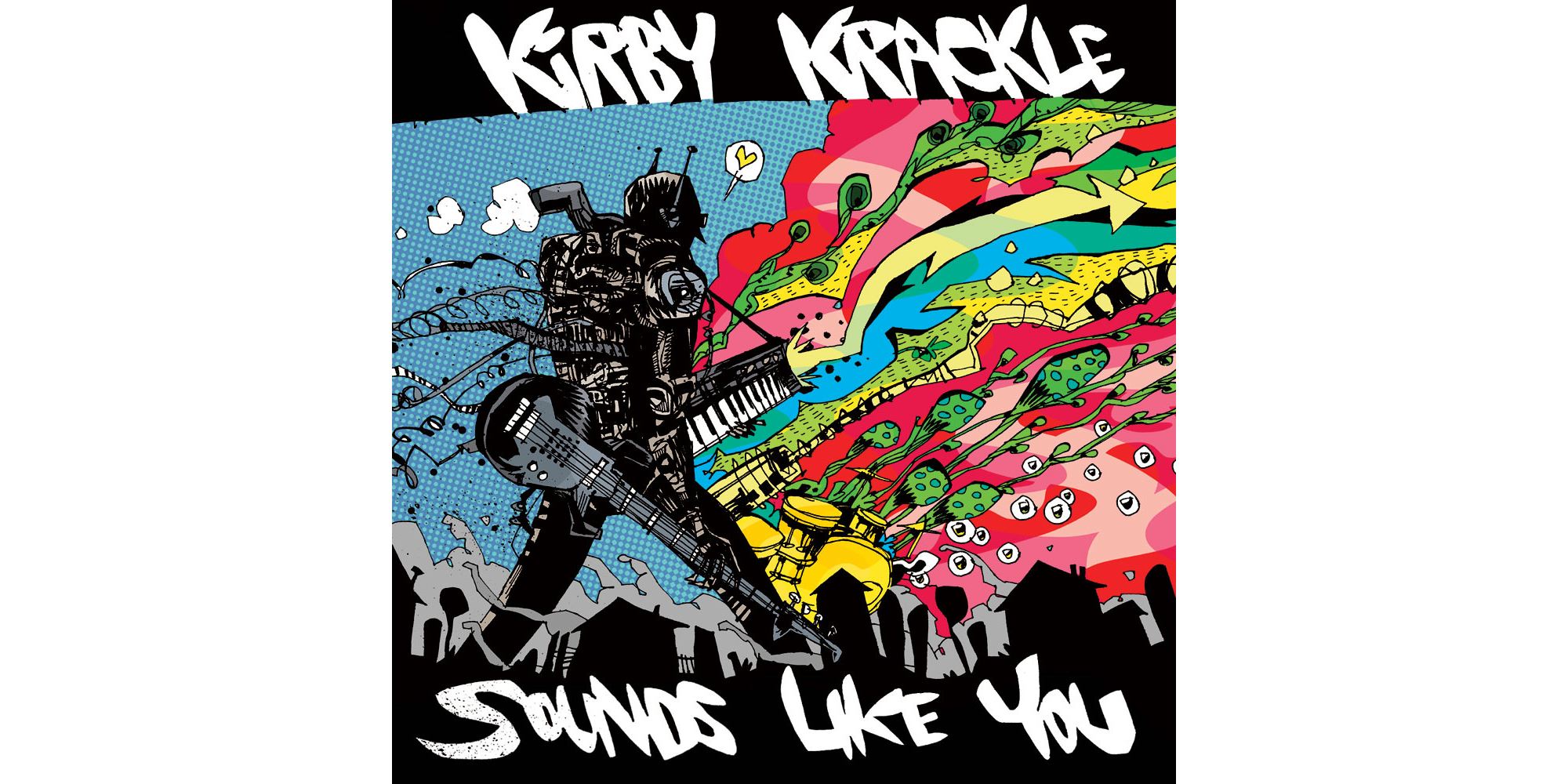 Sounds Like You by Kirby Krackle
While Sounds Like You, the fourth full-length from Seattle’s Kirby Krackle, is every bit as engaging as their previous work, it definitely propels their trademark guitar rock to new heights. While the addition of a full band lineup to longtime co-lyricist Jim Demonakos and singer/songwriter Kyle Stevens accounts for some of this deeper complexity and richer overall tone, the actual songwriting style itself is just as responsible. Adding musical meditations on themes like family, acceptance and simple relaxation alongside more typical nerd fare such as Netflix and cosplay, Sounds Like You is the sound of geek rock’s future. (Z.) 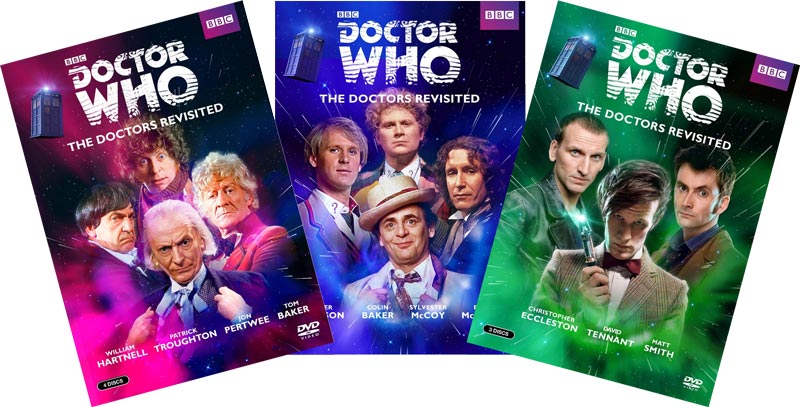 Doctor Who: The Doctors Revisited
If you are looking for the perfect gift for that Doctor Who fan to help them celebrate this 50th anniversary, why not give them the three volumes of Doctor Who: The Doctors Revisited. These DVDs provide an outstanding retrospective of the Doctor’s many lives. Each set has a single pivotal adventure for each of the eleven Doctors, perfect for anyone new to the Whovian Universe or who hasn’t had a broad exposure.

Before each adventure, the discs include interviews with creators and cast, and is then introduced by the current Doctor Who creative head (and long time fan) Steven Moffat. Each set retails for $39.98, but you can pick them up for $29.99 over at Amazon. (JCT)