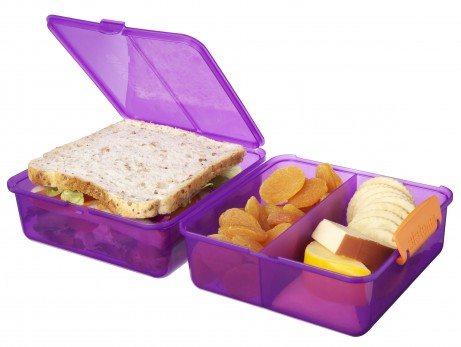 Packing school lunches seems like one of the more mundane tasks we face as the school year rolls around. But it doesn’t have to be. In taking our position at the kitchen counter bright and early each morning, we can make a political statement, save the planet, and mark our progeny as the cool green kids, all with one simple container.

As more cities consider plastic bag bans and consumers debate the health risks of reusing them, we all have to confront our relationship with plastic packaging. Sandwich bags are smaller and denser than plastic grocery bags, but they weigh about the same and are made of the same material, according to Kiera Butler of Mother Jones.

Sandwich baggies and the other disposable plastic that gets tucked into school lunch boxes wind up costing an average student $250 and amount to 67 pounds of trash per nine-month school year, says the Environmental Protection Agency. So we want to rely on reusable containers. But with so many varying sizes, shapes, and lids, it can make packing lunches a dreaded chore.

Enter the cube. Created by Sistema, a New Zealand plastics company, it is part of a fleet of BPA-free food storage products. But this is not your mother’s Tupperware that offers refuge for just a single item. The cube is a three-in-one lunch container that holds the whole enchilada, as they say: sandwich, fruit, and snack. In one container. With the lids attached.

I started using the cube over a year ago, and I haven’t yet found a product to beat it. Our cubes have withstood regular dishwasher cleanings as well as backpack abuse. They are too big to be lost at the bottom of lockers, and since there are no lids to keep track of, there’s no testing of spatial relationships each morning before I’ve had my morning coffee. My only criticism is that the seals are not completely tight, so any liquids packed tend to seep out.

The cube is sold at the Container Store for $5.99, online at Amazon for varying prices (under $10), and lots of other retailers. That’s comparable to the price of a box of 100-count Ziploc baggies. So a quick running of the numbers shows that it won’t take long before the cube starts saving money: If you’re like our household with three kids needing three items in each lunch, that’s about 30 days into the school year.

As more schools push for trash-free lunches, the cube is a life-saver not just for the ease and cost-savings. It allows us to do our part for the environment while also keeping Junior from social ostracism for packing the dreaded polyethylene–the stuff that chokes sea turtles and fouls oceans and land. “That’s when the kids have meltdowns, because they don’t want to be shamed at school,” says a California mom in a New York Times piece about plastic sandwich bags and school lunches. “It’s a big deal.”

For families that want to learn more about the part their school lunches play in contributing to the nation and world’s trash, check out Loree Griffin Burns’ remarkably researched children’s book Tracking Trash: Flotsam, Jetsam, and the Science of Ocean Motion (Houghton Mifflin, 2007).

She examines the route trash takes in the world’s oceans, beginning with a cargo spill of enormous containers of Nike sneakers, which washed up along the beaches of Oregon and Washington. One man, Curt Ebbesmeyer, an amateur oceanographer and expert on flotsam and jetsam, began studying the sneakers and later, after another spill, brightly colored bath toys. What he learned is a fascinating detective story about the route our trash follows and what it is doing to the world’s oceans, including something called the Garbage Patch, a churning island of plastic waste and debris floating in the northern Pacific. And it shows what we as individuals can do about it.

“What we need to do, Curt says, is find a way to stop the plastic before it gets into the ocean,” writes Burns in her book. “We need to stop using disposable plastics and at the same time invent new biodegradable materials to meet our plastic needs.”

It can start each morning with the lunch box.

The Surfrider Foundation offers an easy list of ways to “Rise Above Plastics.”

Lunchskins offers other waste-free lunch options. The company was begun by three moms in 2008 who were troubled by a statistic that every day, more than 20 million sandwich bags from school lunches go into landfills in the United States. So they formed 3greenmoms with the goal of producing alternatives to plastic baggies. 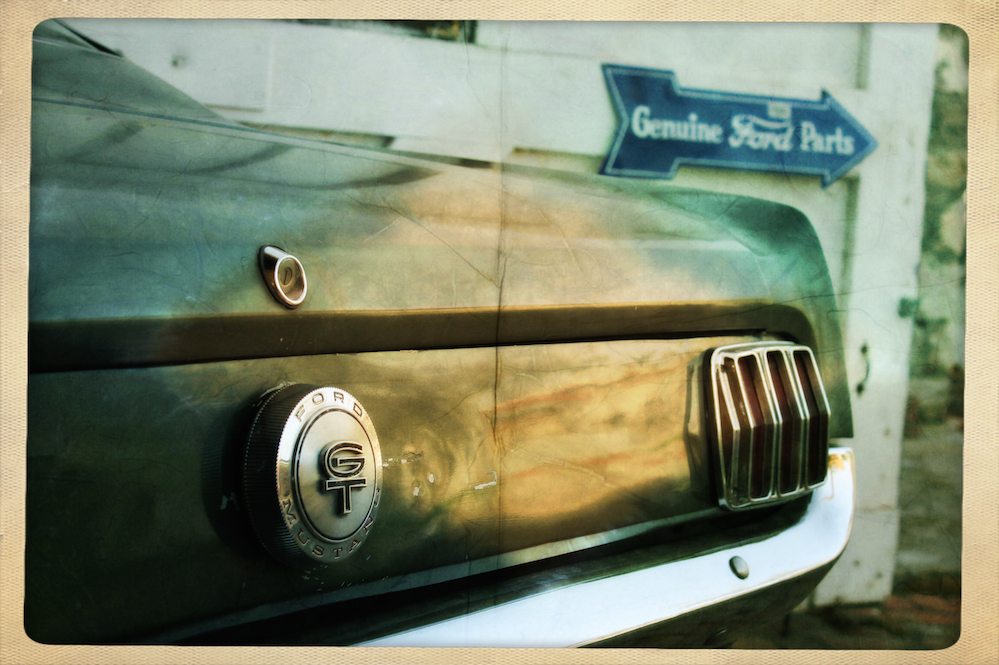 15 Fun (And Sometimes Geeky) Facts About the Ford Mustang

1 thought on “School Lunches, Garbage Patch, and the Cube”