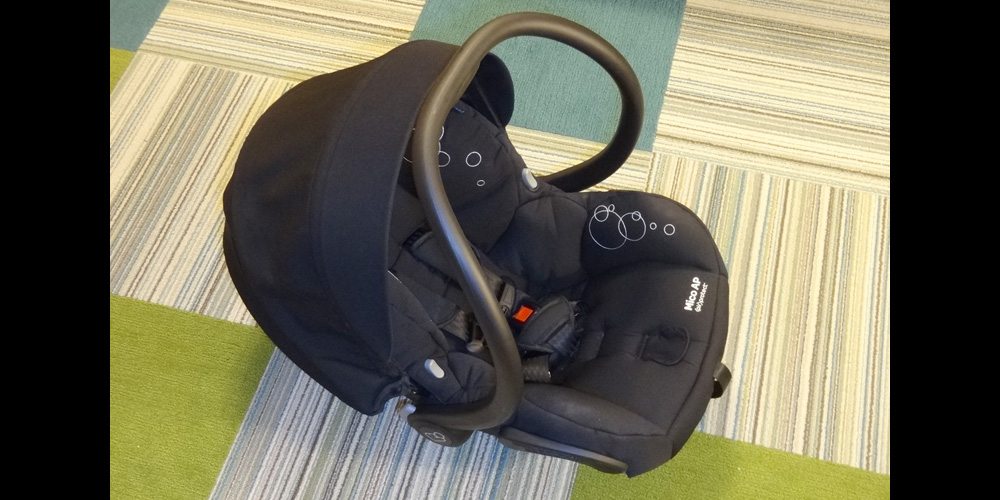 By the time we were expecting baby number three, we’d already gotten rid of all of our baby stuff—it’d been six years since the last one already—so we inherited a lot of hand-me-down clothes and equipment from friends and family. The car seat we got was a Maxi-Cosi (I believe it’s the “Mico” seat), with the base that you could leave in the car. It worked all right, but the one thing we always had trouble with was the release for the base. The release handle was actually on the base itself, so you had to pull that out while lifting the seat with one hand—which gets more challenging the heavier the baby gets.

Maxi-Cosi has a new version now called the Mico AP, and they sent me a sample to try it out and compare to the older model.

The seat comes with an insert for newborns that helps support the head and neck, but since our girl is already four months old we didn’t need that. The seat feels pretty cushy, and there’s extra cushioning on the sides next to the head for side impact protection, too. The side cushions are more of a spongy foam with a plastic cover—it’s softer than the standard foam on the back and bottom and has a little more give to it. Most car seats have this hard white foam under the cover—our older kids graduated to Britax Marathons when they were toddlers and it’s the same stuff there. But the side cushions are what put the AP in the name: the Air Protect side impact pads are meant to provide a better protection for baby’s head than the usual hard foam. While I’ve no intention of giving it a real-life test on my four-month-old, it certainly seems like a better option.

Another thing I like better with the new seat is the buckle. With the older model, you had to first overlap the two sides of the buckle and then click it all in together—and if one side slipped, then you couldn’t get it to latch. This one is two separate buckles, so you can do each side separately, and it’s a lot easier to secure. Again, this is a feature that isn’t unique to Maxi-Cosi, but definitely something I recommend when you’re shopping for car seats.

The base has a height adjustment so that you can get the car seat angled correctly when it’s installed. It has a strap with buckles that works with the LATCH anchors if you have those, or you can install it using the seat belts. One nice touch on this base is the spots to attach the LATCH buckles when they’re not in use, so the strap doesn’t dangle or slide out. I’ve also used the car seat without the base, just securing it with the seat belt, and it works fairly easily. We had some friends visiting this week who had a different brand, and the seat belt anchors were actually under the fabric cover, so you had to undo the cover partially in order to install the seat. I think most manufacturers put the seat belt anchors on the outside.

We’ve been using the new Mico AP seat for a couple weeks now, and my daughter seems to like it better than the old one. The fabric and cushioning are noticeably softer than the older model—there seems to be more padding in the cover itself—and I think that makes it more comfy for her. That said, she still spends a lot of time screaming while she’s strapped in, so it’s nice that the seat is fairly light. Without the base, the seat is about 8 and a half pounds—Maxi-Cosi says it’s the lightest in its class, though I admit I don’t know exactly how these “classes” are defined. It’s still nice to attach it to a stroller, of course—the Mico AP automatically attaches to the Maxi-Cosi or Quinny strollers, but various other strollers have adapters that will work with this seat as well.

There are only two things that bug me about the seat. One is that little flap that goes behind the buckle—it’s just some extra padding. It has some wings that are meant to hold it in place, but they keep slipping out of the seat cover and then the flap gets in the way of the buckle. The other is that the strap used to cinch up the shoulder straps doesn’t seem to slide smoothly—it would be nice if I could loosen the straps, buckle the baby in, and then cinch it up tight. But it takes several small tugs to cinch the straps up, so I usually just end up buckling her in with the straps already fairly tight. I know I’ve used other car seats where that tightening strap glides a little more easily.

Overall, though, it’s a pretty nice car seat. At $200 retail, it’s a bit pricier than the Mico and on the higher end of car seats from what I can tell. If you’ve got a stroller that works with it, though, it’s a good seat that won’t break your back when you’re carrying it. Of course, I can’t make any guarantees about the weight of your baby.

Thanks to Maxi-Cosi for providing a sample for review. 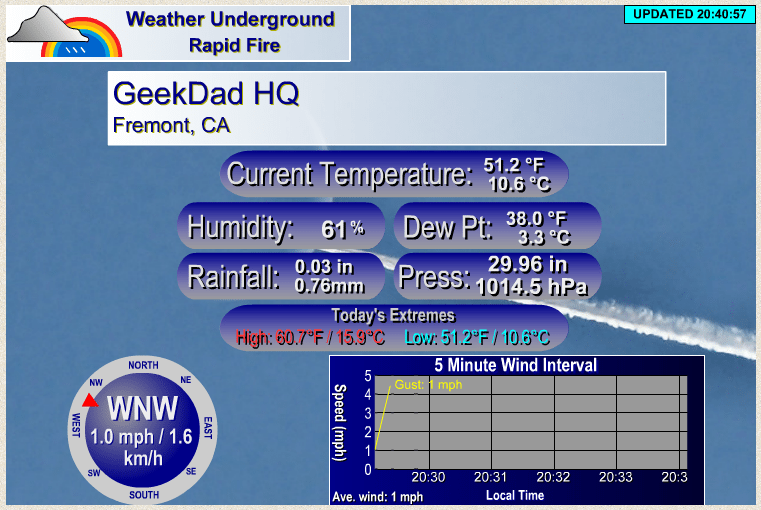