As promised we are balancing the previous "Our 10 Favorite Actors from Geeky Movies & TV" with the equivalent list for the actresses.  As with the male list the criteria, is two or more appearances in a genre-related work, leaving an indelible, preferrably resulting in some "cult" status.

Weaver’s portrayal of Ellen Ripley in the Alien film series was iconic.  Ripley was a down-to-Earth hero: brave, perceptive, competent, and clever.  By contrast, Weaver’s performance as Gwen DeMarco in "Galaxy Quest" is a very normal actress trying her best to make the most out of a ridiculous situation.  "I have one job to do on this ship, and I’m going to do it!!!"  She was also a wonderful voice for the normal point of view.  "There is no reason for this ship to have plates slamming together like that!!!"  Other geek-friendly roles for Ms Weaver have included "Ghostbusters", "Ghostbusters II", "Snow White: a Tale of Terror", "The Village", and "Wall-E".  She will also be in James Cameron’s "Avatar" next year.

Dame Helen has played Morgana in "Excalibur", Commander Kirbuk in "2010", the unnamed Egyptian Queen in "Prince of Egypt", and the voice of Deep Thought in "Hitchhiker’s Guide to the Galaxy".  Personally, my favorites on that list are "Excalibur" and "2010".  I thought that in "2010" she did a wonderful job in her scenes with Roy Scheider, where the two don’t want to be tense, but have to be because of the larger political situation.

In addition to her portrayal of Wonder Woman in the television series, Carter also turned in a number of other geek-related performances.  As Principal Powers in "Sky High", Carter was going to wear bracelets in homage to her tenure as Wonder Woman, but DC objected.  She also played Chloe Sullivan’s nutty krypto-mutant mom in an episode of "Smallville".  Lynda is also one of the few actresses on this list who not only participated in geek-works, but who is something of a geek herself.  She was an avid reader of Wonder Woman comics as a child.

Famke got her start as the empath/starship captain’s living fantasy Kamala in "Star Trek: the Next Generation".  She also gave us a few disturbing images of teacher/student relationships in "The Faculty".  But she is probably best known to us as Jean Grey in the "X-Men" film franchise.  Other geek-related projects for Famke include "GoldenEye", "Lord of Illusions", "House on Haunted Hill", and "I Spy". 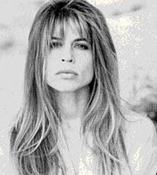 While mostly remembered for her role as the aforementioned Sarah Connor in the first two Terminator films, she is also fondly remembered by many as Assistant DA Catherine Chandler in the television series, "Beauty and the Beast".  For those of you not familiar, just set aside a Netflix slot for this little forgotten jewel.  You won’t be disappointed.  It’s also a good one to watch with the kids.  The Beast, Vincent, is played to perfection (like always) by Ron "Hellboy" Perlman. 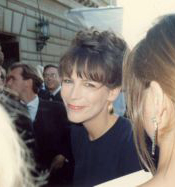 Pardon me, but I have to give it up for the Scream Queen, Jamie Lee Curtis.  As Laurie Strode she helped deliver to us the modern slasher flick in "Halloween".  While we may lament its imitators, we have to appreciate the savagery of one of the most successful independent films of all time, and a horror classic.  In addition, Jamie Lee also gave us good performances in "The Fog" and "Prom Night".  Jamie Lee was the original Scream Queen.

Jamie Lee’s successor is, undoubtedly, Ms Gellar.  Aside from her seven-year run as "Buffy the Vampire Slayer", she has currently been the unofficial American abassador of the new J-Horror sub-genre with film roles in "The Grudge", "Grudge 2", and "The Return".  Although she now is taking on more indie roles with films like "The Air I Breathe" and "Southland Tales", she still works heavily in the horror genre.

Most recently, Ms Blanchett turned in an exquisite role as Fringe-worthy soviet agent, Irina Spalko, in "Indiana Jones and the Kingdom of the Crystal Skull".  Naturally, we geeks primarily know and love her for her sublime performance as Galadriel in the Lord of the Rings Trilogy.

Rosario’s first geek-role was "Men in Black II".  Following that was "The Adventures of Pluto Nash".  Though I think the role most of our readers prefer to remember is Gail in "Sin City" and the upcoming "Sin City 2".  I wonder why.  Rosario’s geek-cred has been earned not only in her film roles, but in the fact that she’s the biggest geek on this list.  Rosario not only collects comics, she co-created "Occult Crimes Taskforce".  Where was she when I was 16 and hording Frank Miller comics in my parents’ basement.

Who?  Oh, for shame.  Ms Sternhagen has been in supporting roles more Stephen King adaptations, and science-fiction films than anyone else alive (I’m guessing).  She was in "Misery", "The Mist", and "The Golden Years".  She was also in such sci-fi and horror works as "Tales from the Crypt", "The Outer Limits", and "Outland".

Well, she’s one of a small group of actors who has appeared in both the original Star Trek series, as well as the Next Generation.  But, I don’t know if there are any actors who have appeared in three of the series.  She performed as Lwaxana Troi and the default computer voice of all of Starfleet in NexGen, "Deep Space Nine", and "Voyager".  So, we’re taking it to 11 with the first lady of Star Trek.

Transformers? Pfft, In My Day We Rode In Herbie!