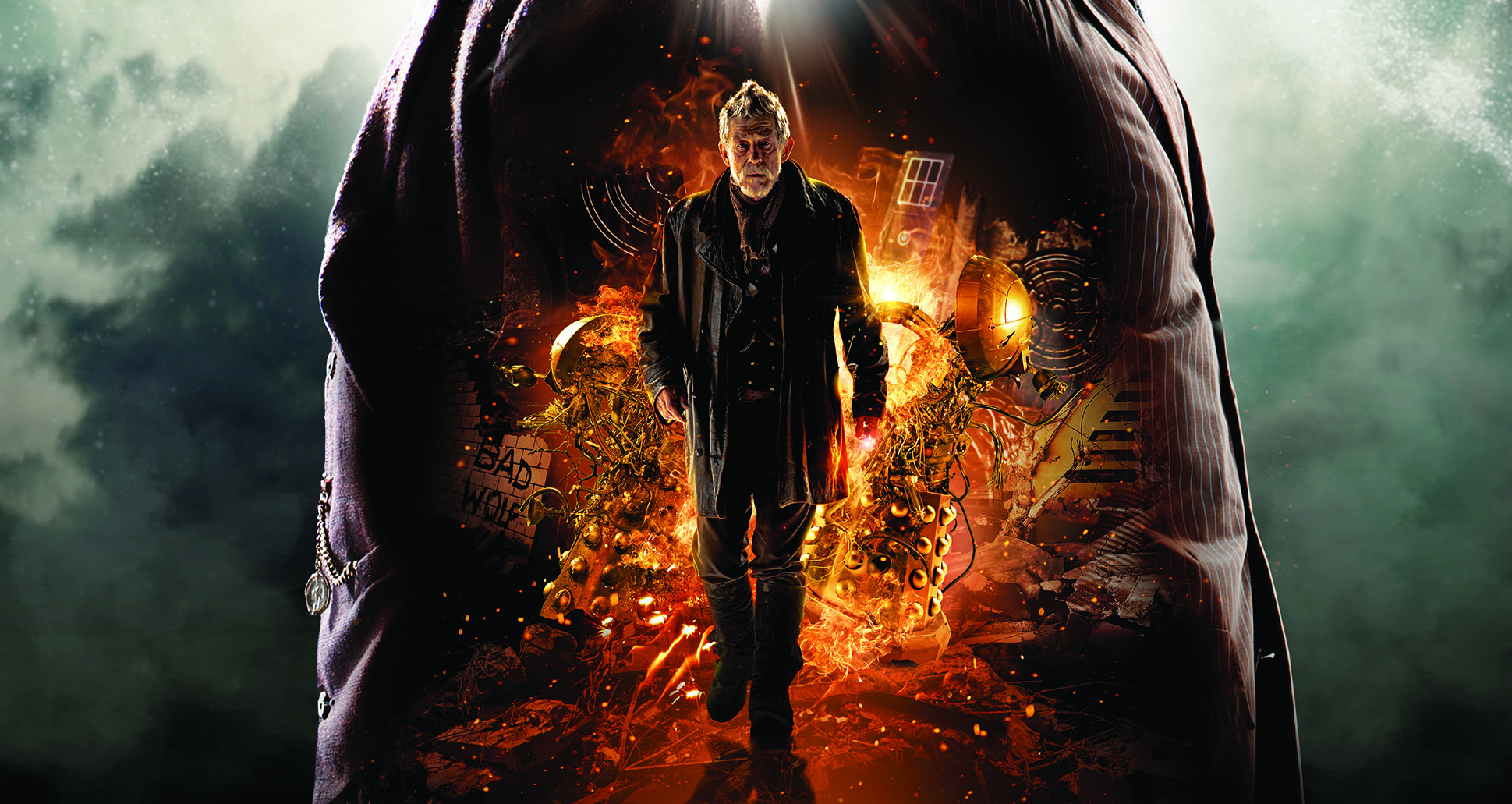 First off, congratulations to the winners of the recent Doctors Revisited contest Jana, Lauren, and Paul. Emails and tweets have been sent, and as soon as I get some info I’ll mail those out.

Now for the 50th anniversary news. The BBC released a new poster today and announced the title of the episode will be “The Day of the Doctor.” November 23rd seems a long way off. We know it will be feature length and stars Matt Smith (of course), David Tennant , Jenna Coleman, with Billie Piper and John Hurt as The Doctor… but which one?

The poster released by the BBC shows The Doctor (Hurt) walking away from an exploding TARDIS, Daleks, and a wall with “Bad Wolf” on it.

Speculation is running rampant as to where Hurt’s Doctor will fit, with some believing he may be an unseen 10th Doctor, meaning that Matt Smith is actually the 12th Doctor. Of course with the revelation that the Doctor will one day become the evil Valeyard of the famous Trial of a Time Lord Series in the 1980s, this opens up a lot of possibilities for the Doctors future trajectory.

Anybody else have a theory?

The Surrogates: Know the Comic Before the Movie

Playing With Your Food – A Review of Edamame Touch

3 thoughts on “The Day of the Doctor Is Coming!”