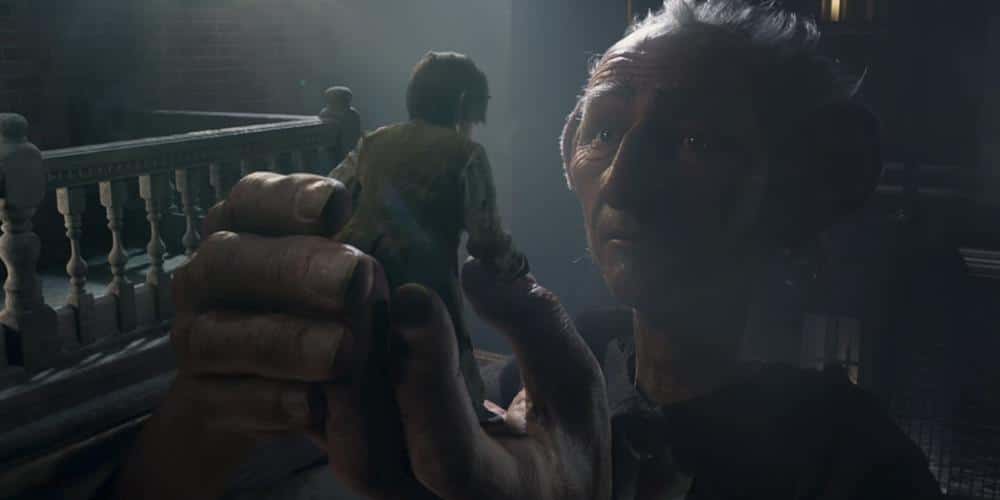 After releasing an initial teaser back in December, Disney just revealed its first full trailer for The BFG. And it’s magical!

In the new trailer we get our first real look at The BFG himself. Voiced by Mark Rylance (Bridge of Spies), the giant’s CGI design looks to be expertly devised to combine the motion-captured face of Rylance with the timeless illustrations of Roald Dahl. The trailer also takes us into Giant Country, where we quickly learn that The BFG is a runt in his world, towered over by beastly giants like Bloodbottler (Bill Hader) and Fleshlumpeater (Jemaine Clement).

E.T. writer Melissa Mathison (who passed away in November) penned the screenplay for The BFG from Roald Dahl’s classic children’s book of the same name. Director Steven Spielberg excels at telling stories through the visual POV of children. E.T. succeeded at this perhaps more than any other film, ever, which makes his partnership with Mathison on The BFG all that more exciting. Seeing that familiar E.T. image over the Amblin Entertainment logo at the start of the trailer brought me right back to the ’80s!

The BFG opens in theaters everywhere on July 1st.

A Wrinkle in Time 50th Anniversary Blog Tour: Tesser With Me