In what is, beyond a shadow of a doubt, the funniest TableTop episode to date, Wil and friends, Felicia Day, Pat Rothfuss, and Brandon Laatsch play the incredibly fantastic strategy game based on Dungeons and Dragons lore, Lords of Waterdeep.

This episode, the next to last before the halfway mark in season two, premiered this past Sunday at Gen Con in Indianapolis. A couple hundred people laughed and cheered as the game unfolded, enjoying every moment of the episode. The showing was set up with some narration from Wil and his associate producer, Boyan Radakovich. Wil said Waterdeep is a game he knows inside out and he was certain he would win. Radakovich coached him on strategy and, well, the outcome … is one you will just have to see.

Lords of Waterdeep, if you haven’t played it, is a really great Euro-style game from Wizards of the Coast. You are one of the lords running Waterdeep, a city that’s famous in D&D history. You are battling for control of the city with the other lords, but you don’t do the dirty work … oh, no. You send your agents out on your behalf, recruiting fighters and wizards to do your bidding, rogues and clerics to work against your competition, buying property and completing quests. It’s dirty work, but the kind that’s backstabbingly fun.

It’s a really fantastic episode and one that epitomizes why TableTop is more than deserving of winning the Diana Jones award and an ENnie award, both given during Gen Con. You should definitely watch this episode. You owe it to the owlbears.

Note: The next episode, in two weeks, will feature the super-fun Days of Wonder game, Shadows Over Camelot. 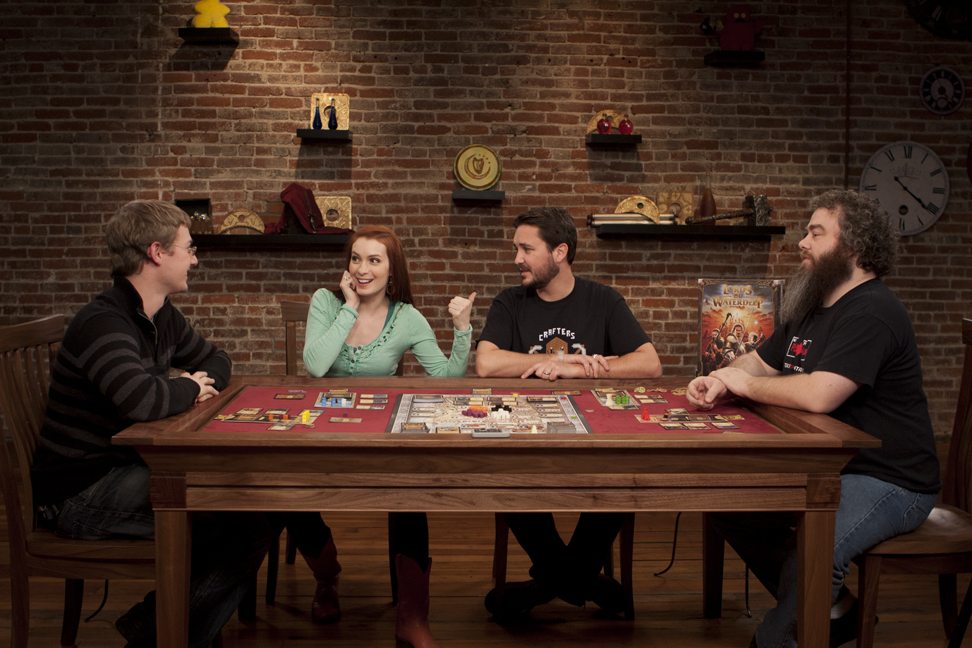 Event Deck is an Easy Entry to Magic: The Gathering