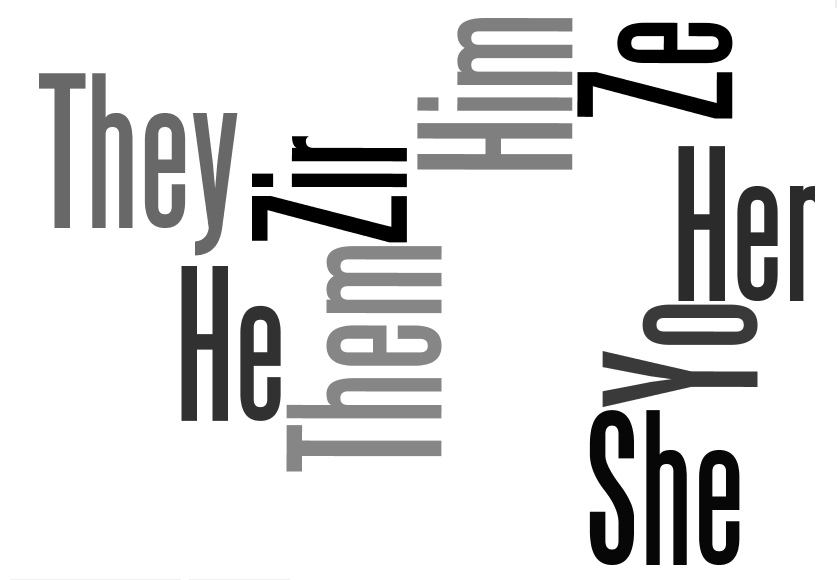 Most people never think twice about the pronouns used in reference to them. But, for those who are transgender, pronouns carry enormous power. This power needs to be respected.

Unless you’ve ignored the news for the last few days, I am going to assume you’ve read the news that Chelsea Manning — born Bradley Manning — is taking the next step in her transition by requesting she be referred to as, “Chelsea” and that female pronouns be used in reference to Manning. For some people, the fact Manning is transgender is new information. Other people are a little confused about why it is suddenly news because it was brought up during her trial.

Despite this request, most mainstream media outlets are refusing to honor it. Around the internet, I saw a range of reactions, from honest questions about this issue to some very hateful commentary, even from within the trans community. Some of the more harmful comments included things akin to, “He’s only doing this to get attention, and, “He’s faking it,”—because we all know how wonderful those death threats, and resulting increased suicidal thoughts will be.

Despite whatever you think about Manning and her actions, there is one very good reason why I am honoring her request, and why you should to: how your reaction will affect transgender children.

Transgender issues are some of the most complicated issues facing the public. It is such a diverse community of people. Mental health awareness around this issue is constantly changing. Mainstream media still needs to catch up with the fact that “Gender Identity Disorder” is no longer a classification in the DSM, and is not something that can be cured with therapy. It is not a mental illness.

Instead, treatment for the effects of the dysphoria, such as severe depression, need to be supported. This includes supporting, when necessary, sex reassignment surgery.

Not everyone needs sex reassignment surgery. Treatments vary depending on the extent to which the person in question is debilitated because they were born in what is often described as, “the wrong body.” Even, “the wrong body,” is too simple of a term.

However, there is one simple thing we can all do that makes a world of difference when it comes to the mental well-being of a trans individual. Respect.

This respect starts with respecting a trans person’s preferred pronoun.

If you are a cis male, how would you feel if people always referred to you as “she” or “her?” If you are a cis female, how would you feel if you were always referred to as “he” or “him?” Just think about it for a bit. For your entire life, you are subjected to something that you feel is so very wrong for how you perceive yourself. Then, you ask people to stop. They refuse, deciding to refer to you in terms of your opposite identified gender in very forceful ways.

Even with this thought-experiment, you may never fully grasp how debilitating it is when people refer to you in a way with which you simply do not identify.

Pronouns can be confusing. Different trans people have different preferences. My preference is to either just use my name, or refer to me using “they” or “them.” For the most part, I will let “her” or “she” slide, because, in my mind, those words don’t define my gender or attempt to feminize me. However, every time someone refers to me as a “woman,” the reaction is visceral, causing me to want to vomit. That word causes me not only mental and emotional pain, but also physical pain. I am a person.

Because all trans people have different preferences, there are two rules you should follow:

2)      Use that preferred pronoun, regardless of how you’ve learned of it.

Changing pronouns is one extremely important step in the long transition process from male to female, or female to male. These words are how the world defines us, and also how we define ourselves.

While there may be some adults who do not care about how their words affect Chelsea Manning, please keep in mind that there are closeted trans children who are witnessing a good portion of the adult world not respecting the simple use of a pronoun. This may have an extremely detrimental effect on their well-being. These children do not care about what Manning did. They care about how they see the media and adults treat trans people.

I don’t ask that you get it. It really is difficult to understand. I do ask that it be respected, as doing so doesn’t hurt anyone. But, ignoring it has serious consequences, especially when you stop to consider that murder and suicide rates are highest amongst trans individuals.

One final thought: You didn’t wake up one day and decide, “Man, I feel like a wo/man!” Neither do trans individuals. This is just who we are. It has nothing to do with sex, sexuality, or sexual identity.

It is just who we are.

2 thoughts on “The Enormous Power of Simple Pronouns”