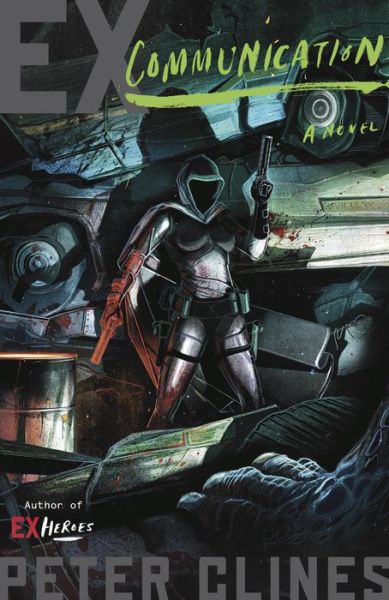 When most geeks think of crossing superheroes with zombies, the first thing that comes to mind is probably Marvel’s zombie universe. In that universe, however, most of the Marvel superheroes are zombies themselves, not fighting the good fight any longer. It made for an interesting twist, but I quickly lost interest after the first few story arcs. I prefer my heroes to be just that: heroes. In a world filled with zombies, I’m more interested in seeing how superheroes would survive and deal with the aftermath of a worldwide infection and the small number of survivors they would be protecting. And that’s exactly what has been delivered in Peter Clines EX-series of books.

I’ve written previously about Peter Clines and his take on superheroes versus zombies. In his world, they’re called Exes — as in Ex-humans. And as with any good zombie movie or story, the Exes have completely taken over the world, leaving only a fraction of the population fighting to stay alive. But Clines has tossed in a handful of surviving superheroes who are helping to maintain order and provide hope to the rest of humanity.

The latest book in the series, Ex-Communication, continues the story of the survivors who have taken refuge at Paramount Studios in Los Angeles. They refer to it as The Mount, and with its thrown-together walls consisting of crushed cars, barbed wire fences, and lookout towers, it’s also home to less than a dozen superheroes such as St .George, capable of flying, breathing fire, and with skin impervious to an Ex’s bites. Stealth, a mysterious hooded female and a proficiency in weapons and tactics. Captain Freedom, ex-military soldier with enhanced strength. ZZZap, a being of pure energy who can provide power to The Mount as well as focus his powers for devastating results. Cerberus, a powered mech-suit maintained and controlled by scientist Danielle Morris.

Readers of the previous two books (Ex-Heroes and Ex-Patriots) will already know that The Mount has faced serious threats from some super-powered Exes. With the exception of St. George, it appears that when superheroes are bitten, their powers remain when they become Exes. This has been the focus of previous books, and it continues in Ex-Communication. But with a slight twist. (Slight spoilers from this point forward.)

One of the super-Exes has returned from the dead. Sort of. And he’s brought with him a warning to the survivors inside The Mount that something darker and more dangerous than Exes exists outside the walls. Any superhero leaving the fortified walls risks being taken over. But this isn’t the only danger the heroes are facing. There’s a returning enemy who is determined to get inside the walls, and he’s developed some new tactics to test the guards and the structures they have built to hold back the Exes. Toss in an enemy already inside the walls (but unknown to all but a few of the heroes) as well as a new arrival to The Mount who is anything but normal (difficult to qualify as a superhero, but definitely possessing some unique talents), and you’ve got a story that is going to push the survivors and the superheroes to the limits of their powers and their sanity.

I believed that the Ex-series was to be a trilogy. Thankfully, I was wrong. A note from Clines at the back of the book confirms a fourth book and possibly one more after that. I cannot tell you how happy that news made me. These are great stories. The heroes are unique, they’re well-developed, and you cannot help but worry about them constantly. Clines has done an outstanding job of keeping me always off-balance and wondering just who will survive… and how. He’s developed his own zombie mythology and rules that are just fun to read and watch develop. This third book pulls no punches, and the build-up to the fight with the Big Bad is an amazingly well-done collection of hints and clues and sheer dread that you’ll feel for your favorite hero, with a finale full of ups and downs and a satisfying conclusion.

But you’ll still be anxious for the next book… trust me.

You can read my previous review of Ex-Heroes and Ex-Patriots here.

Note: I’d like to thank Random House/Broadway Books for providing a review copy of Ex-Communication.

Recording Bedtime Stories For Your Kids

6 thoughts on “With Superheroes and Zombies, It’s All About Ex-Communication”