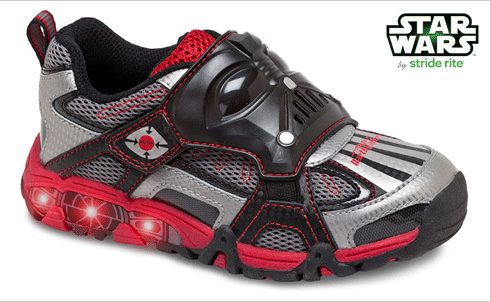 If you’ve got a kid who loves Star Wars, you’ll be able to identify. My six year old loves Star Wars. He loves the original trilogy… and loves the new trilogy (I’m sure he’ll grow out of it). Loves Clone Wars. Loves LEGO Star Wars. You get the idea… STAR WARS!!!

When it comes to characters, he changes week to week, but one thing has remained consistent — he much prefers the bad guys. Well… all but the Emperor. He sits up taller when Boba Fett is on screen, and he loves Jabba’s laugh. But there’s one baddie that he just cannot get enough of, and that’s Vader. I showed him Episodes IV, V, and VI first, and he asked so many questions that I could have answered (mainly dealing with Vader’s origin) but chose not to… “just keep watching.” He still enjoys watching the final fight in Episode VI and he cheers when Vader defeats the Emperor. He’s still too young to understand all the emotions and symbolism in Vader’s redemption, but because he knows that Vader turns to good in the end… I think that’s why my son can justify being a fan of Darth Vader. And I’m totally cool with that. (My wife will tell you that I secretly root for the bad guys in many books and movies. Always have, always will.)

My son is quite cavalier with his LEGO Star Wars mini-figs, but not with Vader. That little minifig gets a special place on his bookshelf, and when attending a LEGO camp this summer and told to bring one or two favorite minifigs for a special project… yep, Vader was in the front pocket of his backpack (along with Superman and Batman — don’t judge).

I don’t get an opportunity to surprise my son much these days when it comes to Star Wars. He’s seen all of the LEGO Star Wars kits and there’s just not a lot of new products floating around that make his eyes spark. That’s why I was so happy to completely surprise him a few weeks ago when he came home from camp. Sitting on top of the dining table was a green Star Wars shoebox with Yoda’s image on it. “Is that for me?” he asked.

I nodded and told him to check it out.

With a big grin on hisface, he opened the box and actually gasped. I should have been recording it. Argh.

Inside was a pair of size 12.5 Darth Vader shoes, complete with light-up heels and a very special feature. Check out the video below.

He wears them all the time. Well, most of the time. We didn’t let him wear them to camp last week because it’s a red-clay camp and they are outside all day. His black shoes came up so dirty that three washes didn’t help. We made the right call. But going next door to his friend’s house? Vader shoes on. Heading to Costco with me? Vader shoes on. 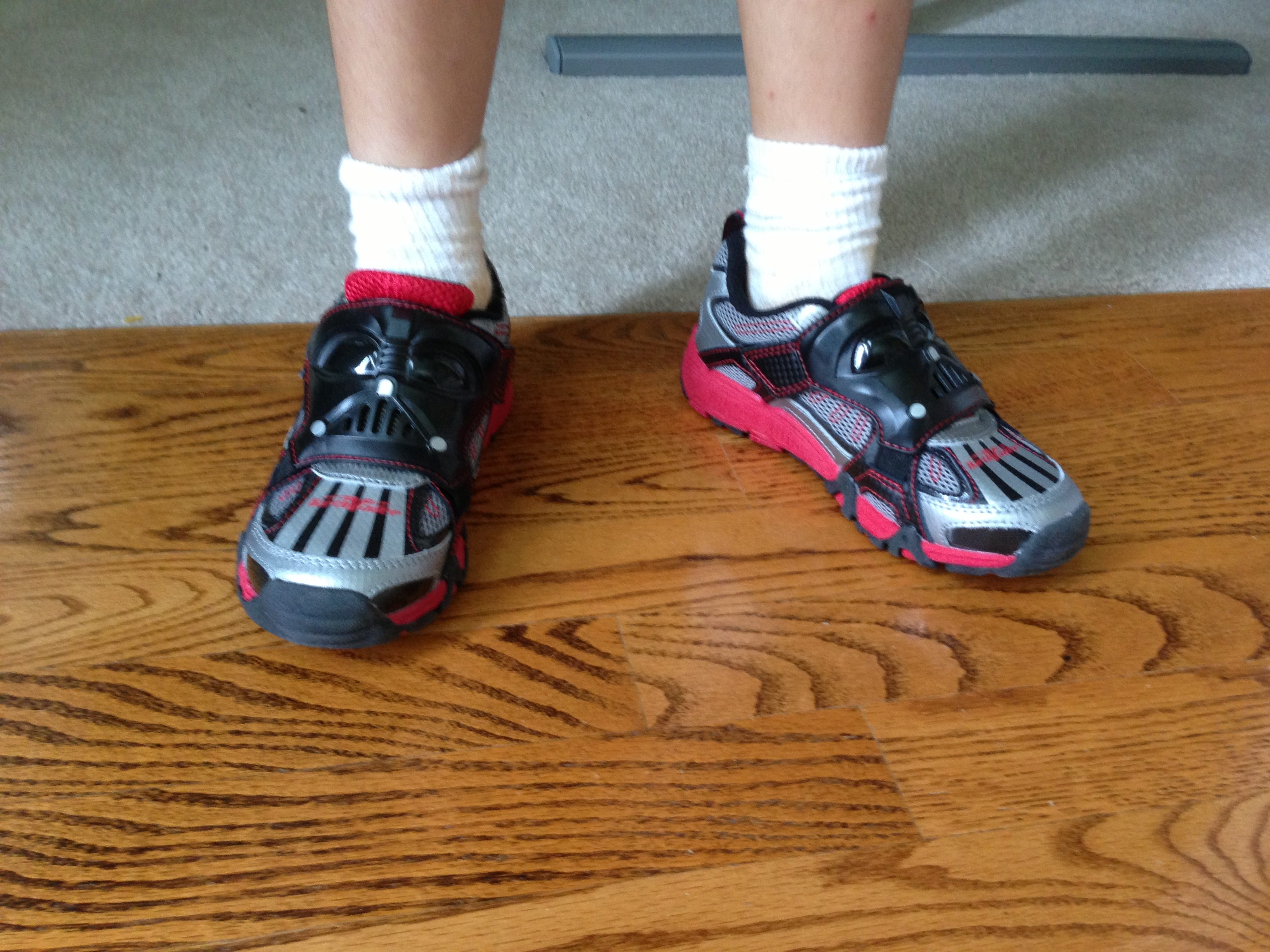 The shoes are from Stride Rite, and you can visit here to find out more about available sizes. The black/red color scheme is well done, and the Vader faceplate on front of both shoes is amazingly detailed. (The breathing sound is only available from the right shoe — the left shoe lacks the button you press to get the effect.) As for shoe quality — my wife and I have yet to have any issues with Stride Rite shoes. They always outlast the growing feet that go in them, and my youngest son has very wide feet that are difficult to find shoes to fit on… but we’ve always been able to find a pair he likes at the Stride Rite store. I’m hoping these Vader shoes will last and maybe my youngest can wear them in a few more years.

It’s funny — my son will push that button any chance he gets. And he loves the light up effect, too. He’s growing up too fast, and I know the day is coming when light-up Vader shoes will be put into the closet to stay. But for now, all I can do is grin with him as he presses the button and we both get to re-live the first time we ever heard that ominous sound.

Want a pair? We’ve got one pair for a lucky US commenter (sorry, international folks). Post your answer to the following question on or before 11:59pm PST, August 2, 2013:  When did you first hear Vader’s ominous breathing and what was your reaction? I’ll pick one lucky commenter at random from all valid responses. Winner will be contacted via email. 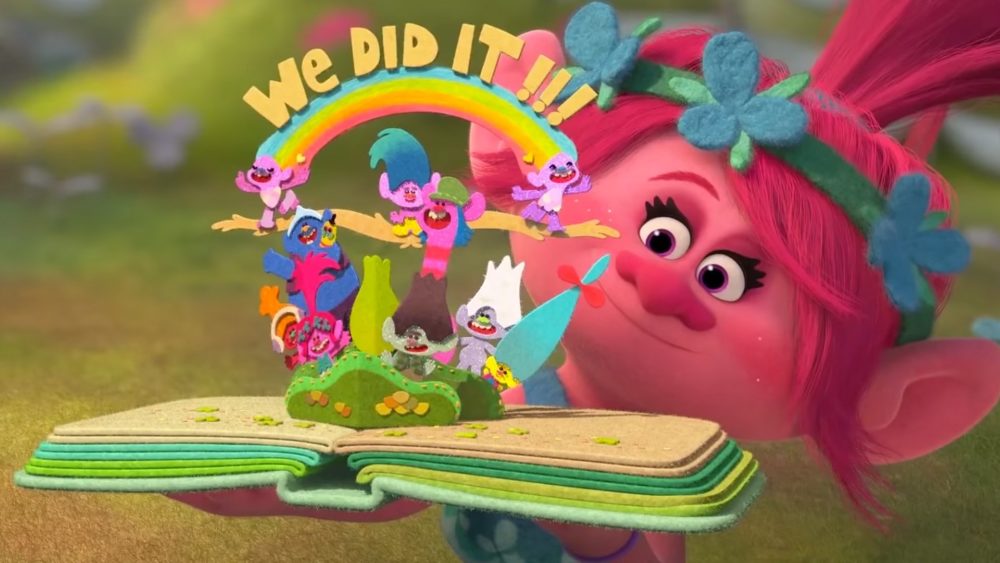 10 thoughts on “The Force Is Strong… With These Shoes”