Titan Books is releasing digital editions of two of their latest books based on popular video games. The Art of Dead Space and The Art of Halo 4 are now available from iTunes. I’m not a Halo player, but I have enjoyed the Dead Space series, and I recently reviewed the print version of The Art of Dead Space and found it to be a book written for the true fan — plenty of concept art, behind-the-scenes stuff, and much more. And that was the print edition! Now, with the digital editions of both books, Titan is providing fans with even more content, including videos with the game creators and bonus galleries. 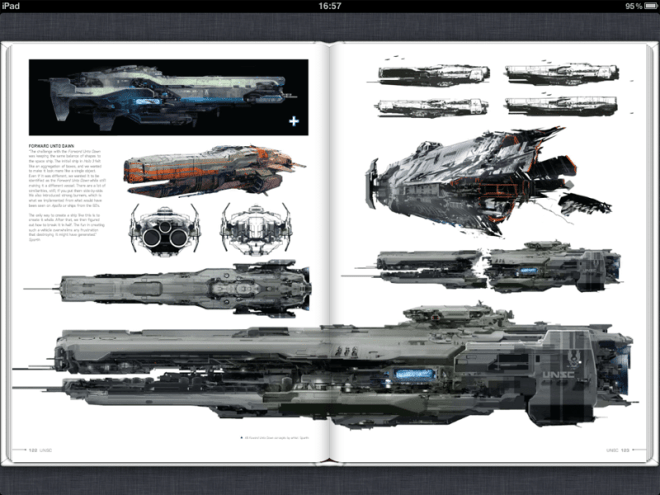 You can read excerpts of my original review of the print version of Art of Dead Space below, but rest assured… the digital version is just as amazing. If you’re a true fan of Dead Space, you won’t want to let this Enhanced Version of the print book slip by — the embedded videos with interviews  is fascinating to listen to, and I’d hazard to guess that it adds at least 20-30% more content to the book (if it were converted to text).

Want to win yourself a copy of either book? Titan has graciously offered up one download code for each book. I’m going to pick two lucky winners from all commenters who respond and answer the question — Who would you rather have covering your six — Master Chief or Isaac Clarke — and why? Please also specify whether you’d prefer the Dead Space or Halo 4 digital edition. All comments must be in no later than May 12, 2013 at 11:59pm PDT. I’ll notify the two winners via email. 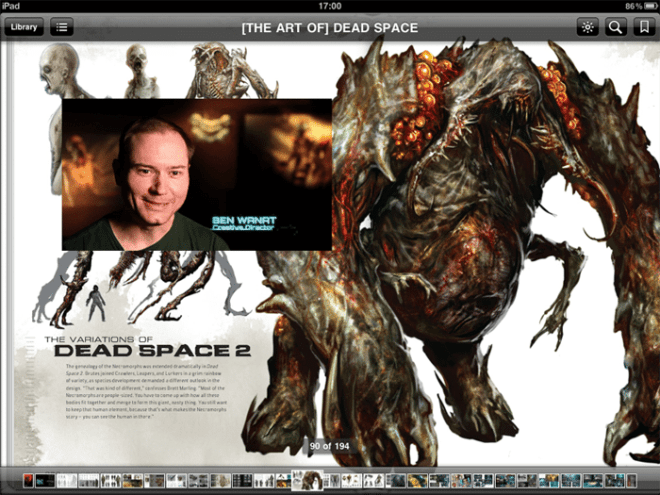 Note: I’d like to thank Tom at Titan Books for providing the codes for our giveaway.

Edited/updated excerpts from previous review of The Art of Dead Space and other Dead Space books from Titan:

The latest game in the Dead Space series has just been released, Dead Space 3, and it’s on my list of games to play this year. Although it’s been a while since I’ve played Dead Space (1), I can still recall numerous instances where I literally jumped in my chair. I played it mostly at night, lights off, headphones on… and the Creep Factor was always high. As good as any quality horror flick, the sound, lighting, and pacing of this game got my heart racing.

Dead Space 2 arrived, and three years later I got another dose of goosebumps as I once again faced off against the Necromorphs, this time on Saturn’s moon, Titan. All the creepiness was repeated, but this time the story was pushed forward with more information on the Markers and the Unitologists. Answers to questions raised in the first game were provided, and new questions were raised that I’m hoping find some answers in Dead Space 3.

The games’ developers have created a unique world with some great technologies (the “planet cracking” ships are a great idea), shadowy groups, and a conspiracy that offers up a lot of room to roam. And that’s exactly what I’ve found in a number of new graphic novels set in the Dead Space universe.

First up is the six-part comic book just released as a single collection. Dead Space is written by Antony Johnston and illustrated by Ben Templesmith. It’s a prequel to the first game, offering up details on what happened at the mining colony prior to the arrival of the Ishimura. If you’ve played the first game through to the end, you know about the origin of the Marker, but that won’t stop you from enjoying this story. But if you haven’t played the first game, this is a perfect introduction to the game universe and the horrors that await you in the game.

Squeezed into the space between Dead Space (1) and Aftermath is an original graphic novel: Dead Space: Salvage, written by Antony Johnston and illustrated by Christopher Shy.

Salvage follows a group of illegal salvagers (called Magpies) who are using a technology called a shockring to collect valuable elements and ores as they hide in an asteroid belt. When the shockring locks on to the Ishimura and transports it to the miners’ location, they think they’ve made the find of their lives.

As the government and religious organizations try to locate the ship that’s disappeared from a quarantined area of space, the miners begin their investigations of the planet cracker. Of course, they immediately discover that’s something has gone wrong on the ghost ship… in addition to locating fragments of a Marker. Other forces manage to identify the location of the missing ship and rush to meet them and protect a big secret.

As a prequel to Dead Space 3, the newest graphic novel has just been released, Dead Space: Liberation written by Ian Edginton and illustrated by Christopher Shy.

Liberation is set just before the events of the third game, and follows Earthgov Sergeant John Carver as he tries to locate his wife after a surprise attack on a Marker site where she was working.

With just these three collections, Titan Books has done enough for this Dead Space fan, but nope… they’ve got one more gift for fans, the newly released The Art of Dead Space. Hardbound, oversized, and in full color, it provides sketches, paintings, concept drawings, maps, detail work (such as patches, logos, etc.), closeups of weaponry and rooms, and, of course, detailed closeups of all the squirmy Necromorphs (some seen in the game… others not so much).

Covering all three games and the previously mentioned graphic novels, it’s the ultimate Dead Space resource. If you’re a cosplayer, the level of detail provided here for weapons, uniforms, vehicles, and helmets is astounding — I can almost predict someone out there building a computer desk that matches The Bench, Isaac’s favorite workbench — Page 41. For me, it’s the Power Tools (pages 42-48) that are screaming to be made into real props, but the level of detail visible in the weapons (page 50-51) is going to make some modders squeal with delight.

Often you’re running through the games (for your life!) and there’s just not much time to stop and look around at the great scenery. Well, now you can. There’s dozens and dozens of full page paintings and sketches that provide the nitty-gritty detail that give the games that realistic quality and make you feel like it’s a future that could really exist. Whether you side with Earthgov, the Unitology movement, or the Necromorphs, they’re all covered in detail (grisly, in many instances). It’s a 190-page book that fans will want to go over, image by image, to see if there’s anything they missed. (Fast answer — yes, you definitely missed some things.)

All said, these are all great books for the Dead Space fan. The graphic novels are just that — graphic. These are not kid-friendly books — language, gore, violence… it’s all there. But these games weren’t created for the kiddies, so consider that a geek dad warning label. (There is absolutely no doubt that these games would have given me nightmares at a young age.) 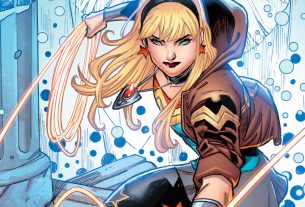 5 thoughts on “Digital Editions: The Art of Dead Space and The Art of Halo 4 — Plus Giveaways!”