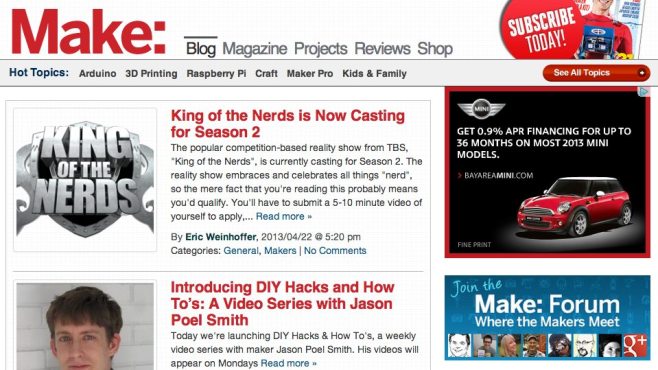 Ken Denmead invited me to join the GeekDad crew almost two years ago, and since then I’ve met him in person twice (I’m in Georgia, he’s in California), both times at Maker Faire in San Mateo (the SF Bay Area), which I’ve worked as a freelance contributor to the DIY juggernaut that is Make. Ken was manning the GeekDad booth in May 2011 and May 2012, and it just seemed to be an appropriate venue to meet the leader of this great group of folks with which I get to work and play on a regular basis… a gathering of DIYers, makers, tinkerers, and all-around smart people.

Well, it is my pleasure to make a big announcement here on GeekDad, as well as offer a big congratulations. Ken has accepted a position as the Editorial Director of Make.

If you’re not familiar with Make, here’s a quick summary. Make is a magazine (both print and digital). It’s also a blog – makezine.com. It has a retail arm — MakerShed. And it also just happens to be the host of an event that bills itself as The Greatest Show (and Tell) on Earth. And if you’ve never attended a Maker Faire, you’ll just have to take my word for it that it’s two days you’ll never forget.

And Ken is now a part of that family.

So, what does this mean for GeekDad? Well, it does mean a change in leadership. Ken will be stepping down as Editor-in-Chief, and taking charge will be Matt Blum. The writing staff at GeekDad isn’t worried, and while we’re all congratulating Ken, we’re also congratulating Matt. As I told Ken in an email, he’s now involved with two of my most favorite resources.

As you all know by now, GeekDad has had some big changes take place over the last couple months. And given Make’s mission, I suspect we’re going to see some big changes there, too — this is a site all about making things, fixing and repairing… improving. But change is good, and just as Ken’s done an outstanding job of growing GeekDad and building a community of like-minded geeks, I’m certain he’s going to do an outstanding job with Make.

Our mission here at GeekDad isn’t changing. We’re going to continue to bring you our take on all things geek, and Ken’s still going to be here with us. But I must admit, having Ken involved with both GeekDad and Make brings a smile to my face. Two great organizations, with focus on both adults and kids… what could be better?

Please join me in congratulating Ken Denmead and Matt Blum. The GeekDad team is extremely proud of both of them, and you can rest assured that these two guys know their stuff — we can all expect good things from Make and GeekDad as 2013 rolls forward.

[Editor’s Note: Thanks, Jim. This has been an amazing couple of weeks, since Dale Dougherty contacted me to see if I’d be interested in joining Make. I’m leaving a nearly 20-year career as a civil engineer to embark on a new phase of my life, doing things I love with a company I admire. I couldn’t be a happier geek! Things will keep rolling here at GeekDad as folks step up to lead, including Matt Blum, who will be taking over as Editor-in-Chief, while I step back into more of an Editor-at-Large role. We’ll carry on, come what may. Enjoy the fun!] 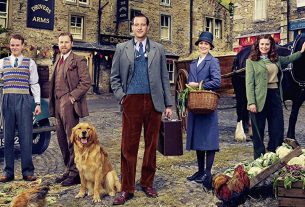 GeekMom: 5 Reasons to Keep Watching ‘All Creatures Great and Small’ 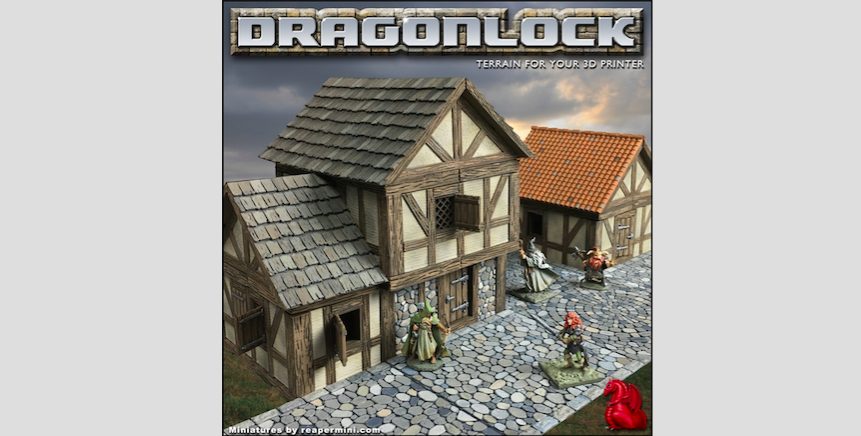 4 thoughts on “A Big Congratulations to GeekDad’s Ken Denmead!”