My office is full of rockets, robots, and other retro sci-fi gizmos. I just love it. I’m the guy who watches Forbidden Planet anytime I see it playing on TV. I’m the guy who is always on the lookout for classic ray guns at flea markets and antique shops. And I’m the guy who reads old Buck Rogers and Flash Gordon comic archives. There’s just something special about the early days of 20th century science fiction and those writers and artists with their visions of unlimited energy, oxygen-filled planets galore, and runaway robots and menacing aliens terrorizing Earth and its allies. Again… I just love it.

If you’re a fan like I am, you might be happy to hear about the latest update from Catalyst Game Labs for its Cosmic Patrol Role Playing Game. Cosmic Patrol was released in late 2011 and the team over there didn’t waste any time getting a supplement out titled Into the Cosmos. If you’re not familiar with the game, let me give you an overview.

First, Cosmic Patrol is definitely a minimalist RPG (not quite as minimalist as Fiasco, but close!) — it has all the elements we’ve come to expect from RPGs — namely dice, characters, and NPCs — but the actual running of a game is shared by the players. There’s a definite referee (gamemaster), but this person serves to provide the setting of the current mission or storyline and keep the other players on track. The game then uses the players’ own imaginations to guide and create a fictional story with the game master helping to steer the overall story to a series of key plot points that are provided in some of the included Mission Briefs. Note taking is highly encouraged by players, both to keep track of characters stats and success/failures but also as a tool for telling a story later — players are encouraged to create a synopsis of their adventure that can be shared with other players online and off. Cosmic Patrol puts the players in the role of Patrolmen –

The first and last line of defense for humans in a dangerous galaxy. Patrolmen explore, discover, and defend the interests of humans wherever they go. With an atomic raygun at their hip, they brave the unknown on a regular basis.

Sounds fun to me.

Story settings take place using a mix of rocketship and planets (or star base). Techno babble is encouraged, with players given freedom to explain how the Venusian Tri-Spatial Dimension Scrambler will most certainly allow the team to regain control of the out of control Zorm frigate that is on a collision course with the Moon. And when the three-eyed Eiger soldier has your team leader trapped in the airlock with the countdown at 25 seconds…24… 23… well, any Cosmic Patrol player worth his or her salt will understand it’s time to pull out the Time Fracture Grenade and give your commander a bonus 10 seconds in a small pocket universe that will allow him to cross over real-space and reappear behind the Eiger minions in time to stun them all with his Pulse Particle Pistol.

Just another day in the Cosmic Patrol. The 140 page manual (available in print and PDF) gives players a bit of everything they need to immediately begin playing. There’s a detailed section on combat that doesn’t bog players down with tons of rules — instead, player sheets (and NPC sheets) are where players will find the details they need to perform tasks. Got an Eiger chief throwing a punch at you? Right there on his sheet it tells you he’ll need a D6 roll for Brawn. You’re playing Captain Cody Carragher, rocketship Captain? You’re packing dual raygun pistols and will be using a D10 for your attacks. Armor, Health, weapon and equipment details are all right there on your sheet, along with what are called Cues — behavior suggestions and cliche-like phrases and actions that your particular character is more likely to make given certain situations. Players don’t really level up either… the game is definitely more role-playing and less record-keeping. That said, there are some suggested rules for helping increase some of your skill rolls should you choose to implement them. But, given the dangerous galaxy we live in, I wouldn’t get too attached to any particular character. Accidents happen!

Additional elements in the Core Rulebook include pre-created heroes and villains, including a number of NPC races and a mixture of roles — from Rogue Robot to Space Pirate Chief to Sargasso Monster. Opening up the book is a great little short-story and rounding out the book are seven missions, complete with short summaries and plot points. The new supplement, Into the Cosmos, is all about support content. There’s plenty of Galaxy Status Reports with information on the various planets and races that the Patrol is currently allied with… or fighting… or unaware of their capabilities. Technical information on Patrol ships’ engines is covered, as well as a number of updated rumors and facts on existing races, planets, and threats from the Core Rulebook.

A new section provides some really cool details on the rocketships, complete with cutaway views of both human and non-human ships. More heroes and villains are provided, with drawings and character sheets (playable and NPC) and the new book really delivers with 23 Missions — 23! With titles like Zero Hour at Outpost 310 and Murder on Platform Athena, the Catalyst Game Labs team has provided dozens of great pulp stories for players to explore and enjoy.

One other thing that really interested me in the Cosmic Patrol game (besides the pulp setting and missions) was the Creative Commons License that the game designers assigned to the game. They openly welcome players to submit their rule variations, their own fiction stories and missions, and much more. To that end, they share the text and artwork with players to be used with their own creations as long as the following three rules are followed:

1) You do so only for noncommercial purposes;
2) You attribute Catalyst Game Labs (see below);
3) You license any derivatives under the same license. You can read more about the Creative Common License and what the Catalyst Game Labs team is offering to its players here.

If you’d like to check out the basic ruleset and format of the game, you can download and read the Quick-Start Rules here as well as download blank dossier forms.

Finally, if you like what you see, please consider throwing a vote for Cosmic Patrol Core Rulebook at the 2012 ENnie Awards in the Best Game category. You can see all the games, supplements, and more up for voting by visiting the official ENnie Awards Voting Page. Winners will be announced at the 2012 Gen Con event on August 17th. Catalyst Game Labs has put together a great Core Rulebook and first supplement, and I really do wish them luck at the awards ceremony. Note: I’d like to thank Randall for providing me with PDF copies of both the Core Rulebook and the Into the Cosmos Sourcebook for review. 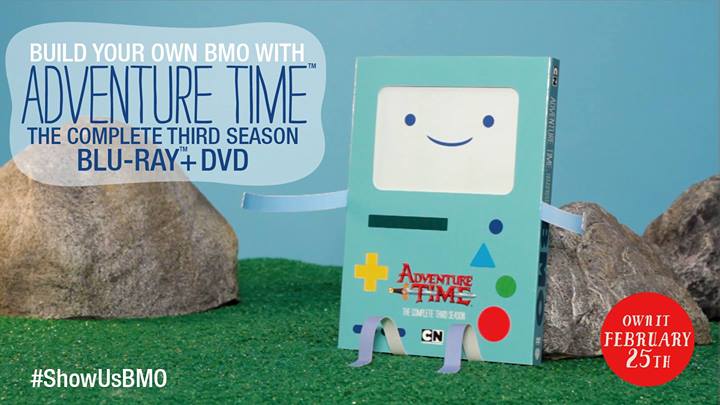