I’ve got a five-year-old who is all about projects. When he gets home from school (or day camp), I just know it’s coming — Can we do a project? Trust me, my heart smiles when I hear it. I’m all about special projects, and have been since my mom and dad used to arrange them for my siblings and me. Most of the time, I end up spending twice as long prepping for a project than the actual project lasts. Some days my creativity level is quite high, and I can come up with stuff on the fly… other days I just have nothing.

Thankfully, there are companies out there that help me when the creative meter is nearing zero. I’ve written previously about one of them — the Magic School Bus Young Scientist Club sends me a monthly pre-packaged set of activities that revolve around a science topic (this month’s is Volcanoes… and yes, we’ll be building one in the back yard — pictures will be taken and shared). I’ve got a couple kids in the neighborhood and one or two from my son’s school who have been involved in these and now frequently ask me when we’ll be doing another Magic School Bus project.

Well, I’ve found another great project-supplying company. It’s called Kiwi Crate, and it sends out a pre-packaged little box that contains at least three special craft projects each month. You can pay-as-you-go for a monthly box or you can save some money by subscribing to a 3-month or 12-month delivery. Aimed at kids ages 3 to 7, it’s absolutely perfect. You don’t need to go hunting for anything! As an example, the box I’ve just received is the Pirate Adventure box. (It was also the Sibling Box — you pay $19.95 for a single-kid box, but you can add $7.95 to the price and everything inside the single-kid box is duplicated.) Inside the box were two sets of scissors, two sets of colored markers (the kind that dry bright and work on black paper, too), two pencils, two eye-patch kits, two parrot puppet kits, two pirate hat packages, four blank pirate maps (2 in single-kid set), two folded pirate flags to decorate, and … you get the idea. They even include glue dots! If you’ve not used these before, you’re gonna love it — you peel one side of the paper and stick the clear glue down down to hold an item or on to an item (like a popsicle stick)… then you peel the other side (and stick the popsicle stick, for example, to another item). The glue stays, the paper you throw away. No mess!

The parent instructions are outstanding — most of it is visual, requiring very little text. The card instructions for all projects are printed on heavy card stock in full color, and all the little components (for example, the eye-patch kits) come in their own little clear envelopes. The pirate hat sheets even had numbers printed on them that matched the instructions showing how to fold the hat! The numbers are completely hidden from view when the hat is folded up — I was impressed with the thought that went into a hat design with which most adults will be familiar, but young kids will find very cool to wear. Also in the Pirate Adventure kit were two small treasure chests — my son and his friend had fun coloring and decorating their treasure chests while I took the four blank cream-colored folded maps and drew simple line maps of various rooms in my house. Using the two sets of X-marks-the-spot stickers, I went and hid their chests around the house (with a single piece of candy inside) and then gave them the maps to go find their chests. They had a blast. Each of them got to find their hidden treasure chests in four different rooms. I’m quite taken with the Kiwi Crate projects — it should come as no surprise that it won a Maker Faire Educators Award. I’m not certain that I’ll pre-order an entire year, but looking at some of the boxes available I can definitely say I’ll be ordering a few for rainy day activities. The Dinosaur crate has already been requested — I knew I shouldn’t have let my son look over my shoulder at the Kiwi Crate website. The crates’ contents are nicely packaged – tissue paper seals everything up with a sticker. And if you like their crates, you’ll want to check out their Party Packs – similar to crates, these are built for larger numbers of kids. In addition to picking a type of Party Pack, you can also select the color of the box. I have to say that my son has been eyeballing the bright green Pirate Adventure box now (addressed to him — he loved that!) for a week — I set it up high, of course, driving him crazy.

You’ll also want to check out the Kiwi Crate blog — lots of ideas for cool special projects you can throw together quickly. They have a regular posting called Two-Ingredient Tuesday that is brilliant. I spent over an hour browsing older blog posts and found enough fun (and free!) projects in the blog to keep my son and his friend busy for a long while. And be sure to sign up for the newsletter — it contains blog highlights and extra activities for the current month’s crate. You’ll also get book and game suggestions as well as arts and craft projects. The current crate and newsletter focus on Medieval activities, for example. There are also sometimes special promotions, contests, and giveaways via the newsletter. The nice folks at Kiwi Crate also have a nice little Father’s Day gift promo for our readers — for all new monthly and annual subscribers from GeekDad, they’ll throw in a free party pack rocket with purchase — this is a single rocket that you can quickly put together with your children and let them launch it in your honor. Use this special link to take advantage of the promotion. The Father’s Day promo rocket gift is a special treat just for GeekDad readers, but you need to order by June 30 if you want the bonus gift.

I’d like to thank Jen at Kiwi Crate for the test crate, answering all my questions, and for the special GeekDad promotion. Kiwi Crate has three new fans — the two boys and this parent who had just as much fun as they did. 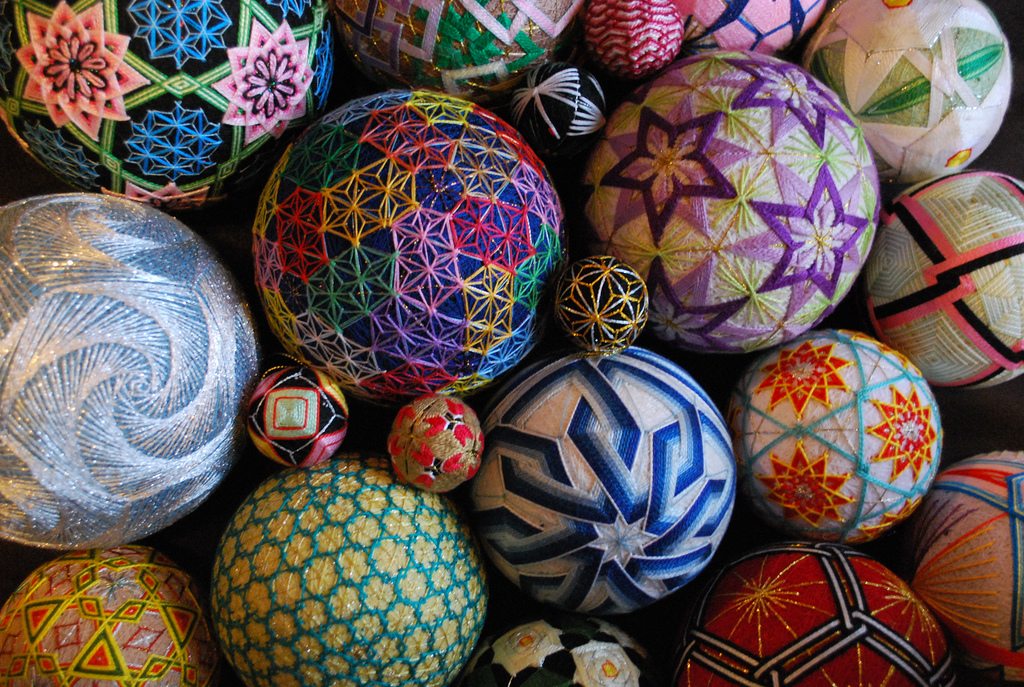 A Beautiful Collection of Temari

Tips for Using Your New Kindle

The Happiest Days of Our Lives