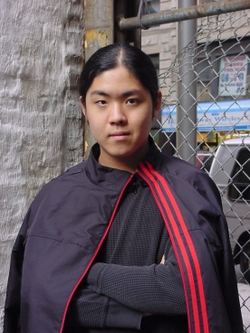 To the average teenager, high school looms large in their universe. Schools are are centers of force-fed education and indoctrination, parents are overworked and distant, and teachers’ main motivation is to make students miserable and sabotage their efforts. Most people — except the dude mowing your lawn — will tell you high school was awful. Drawing from that inspiration, angsty high school freshman Isamu Fukui started writing… and wrote until he had a whole novel. Three years later, the novel has been published and Fukui, still attending New York City’s Stuyvesant High School, has the makings of a literary career.

The City, the setting of Fukui’s book Truancy (Tor Teen) visualizes the world as if it were one huge high school. The City’s rulers are called the Educators, and the mayor’s foremost thoughts hinge on the actions of high schoolers. And when some of those students begin rebelling against the establishment, the whole structure begins to crumble. More than one reader has immediately thought of Pink Floyd’s “Another Brick in the Wall” when pondering the book’s theme. 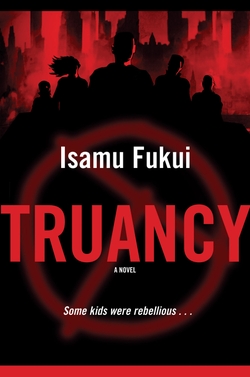 Truancy follows the adventures of Tack, an ordinary kid who, like all of his peers, hates school. He’s no good at it, constantly battling with smug teachers to make a passing grade, while fearing the seemingly inevitable disciplinary action dished out to rulebreakers. In Fukui’s dystopian world, every kid is on the verge of failing and dropouts are executed. The only solace lies in the Truancy, a teen rebellion whose soldiers assassinate Educators and ambush platoons of incompetent soldiers in their bid to free their fellow pupils. Tack finds his way to the rebels, where he is forced to confront his own disgust with violence as he performs assassinations and helps shoot down helicopters.

So, where did all this angst come from? “I discovered that Stuyvesant, for all its elite status, was at its core the same as any other school,” Fukui wrote in an email. “I realized that my grievances were not with any one particular school, but the underlying system in general.” Fukui admitted he “wouldn’t be unhappy if [readers] reflected upon the wisdom of a compulsory education system dominated by the government.”

Some readers may find Fukui’s promise as an author and the novel’s back-story far more compelling than any tale of teenage angst. Fukui wrote Truancy in secret, not even telling his friends about his work. Later on, his father ‘discovered it’ and submitted it for publication without Fukui’s knowledge. “Frankly I was angry that he’d done such a thing behind my back,” Fukui said, “but by then the damage had already been done.”

Since then, he’s been riding high on success. With a contract from Tor for two additional Truancy books and multiple overseas licensing deals, Fukui also has plans for college and a career as an author. “Write for no one but yourself,” Fukui offered when asked about what advice he could offer to his peers. “Writing should be fun – something you do without any incentive and without any coercion. If it does not feel natural to you don’t force yourself, but if it does don’t let anyone stop you.”