I’m a huge fan of the old ’70s-era Scooby-Doo show, and I’m loving that my 4 year old son, Decker, is also becoming a fan. I purchased the entire first 3 seasons for him last year, and we’ve watched and enjoyed them together. The old show has just the right amount of spookiness that doesn’t go so far as to scare him good and proper. I enjoy the groovy songs that were included in most episodes and he likes how Shaggy and Scooby are always shaking and shivering at the slightest creak.

With Halloween fast approaching, I was very pleased when ScrollMotion Kids asked if I’d like to take a look at their newest app, Scooby Doo and the Haunted Halloween. It’s not just an eBook — it has many interactive elements that Decker loved. I just put him to bed and we spent 15 minutes listening to the story, putting puzzles together, and searching for the hidden clues embedded in the story that award Zoink Points! The story is a fun (and short) one and involves Shaggy and Scooby searching for Velma, Fred, and Daphne who have gone ahead to a Halloween party. They find the party house (or so they believe) and proceed to enter and investigate. Being Shaggy and Scooby, though… you just know they’re going to get into trouble. The sound effects and music are not over the top and at one point in the story a large box/coffin starts to make a scary shaking sound when it’s touched. Decker would slowly move his finger towards it, knowing what would happen… but he did it anyway. It was fun watching him jump and pull his finger back at the sound. He did it four or five times before telling me to move on to the next page of the story. At various points in the story, either glowing items on the screen are visible or a shaking puzzle piece — touch a glowing item and you get Zoink Points… the same goes for completing a puzzle. When the story ends, you are given a code based on how many Zoink Points you collected and these can be exchanged for small snippets of video and other Scooby Doo items on a kid-friendly website that offers more games, puzzles, and, of course, merchandise that can be purchased. (It’s definitely a site that parents will want to check out first, but there’s tons that kids can do absolutely free that doesn’t involve spending more money, so no worries.)

One issue with the app that I did discover and should be easy to fix — after the Zoinks Points are awarded, you’re given the code and the website to visit. But the website is actually ZoinksPoints.com, not ZoinkPoints.com as shown on the screen (and seen in one of the screen caps I include here.) Not a big deal — I figured it out easy enough by adding the s to Zoink. Decker, of course, didn’t want to stop after the story ended. I let him color a couple of the coloring book pages and he solved a couple of the puzzles again. But then he discovered the sticker mini-game that allowed him to drag and drop multiple icons of the Scooby Doo characters and villains around a background containing a nicely done haunted house, complete with lightning and other sound effects. I’ve had trouble explaining the pinch and reverse pinch gestures on the iPad to Decker, but with the sticker game… he GOT it! He finally understood that the pinch would shrink a sticker and the reverse pinch would enlarge a sticker. He’s very proud of himself that he’s figured out a basic iOS gesture that’s troubled him for a while. The app is $0.99 and it appears to be the first in a set of Scooby-Doo interactive apps that will be released down the line. Decker is such a fan of Scooby-Doo, and at this low price I’m sure I’ll get him a few more in the future. I still enjoy reading a real book to Decker, but mixing in the occasional nighttime app doesn’t bother me a bit.

In addition to the mini-games I mentioned, I should also add that at the start of the story you’re given the opportunity to take a picture of your child (with an iPad 2 camera) and resize it so that your child appears with Scooby in a picture frame image. After restarting the app, this picture will be shown whenever you restart the story. Decker really liked that nice little customization touch. Another nice little touch is the use of the built-in tilt sensor — a few items plus a spider are sensitive to the movement on one of the menu screens and Decker had fun shaking it back and forth as he tried to shake off the spider (without success). The full name of the app is The Haunted Halloween: A Scooby-Doo You Play Too Book. An appropriate title, I believe, as Decker had just as much fun listening to the story as he did playing with all the interactive elements. If you’ve got a young Scooby-Doo fan in your house and an iPad, you really can’t go wrong with this inexpensive and multi-featured app from Warner Bros. and ScrollMotion Kids. 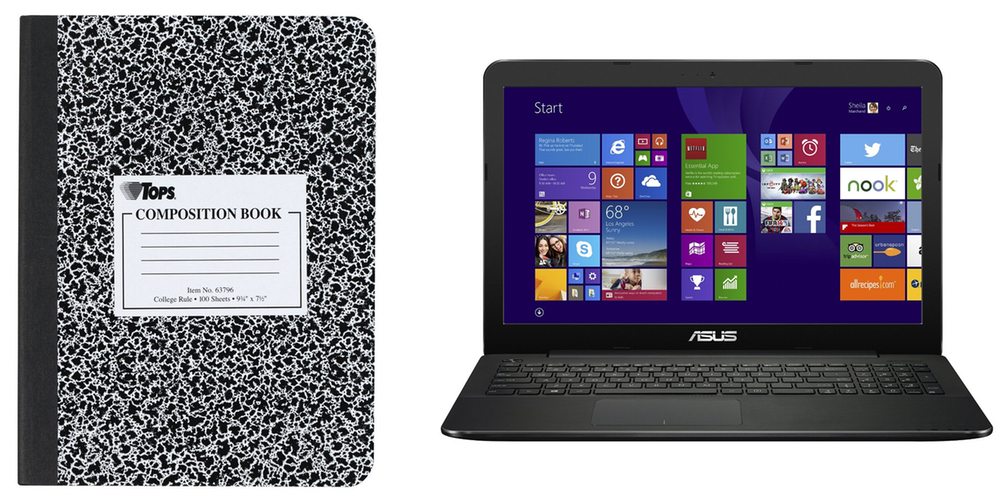