In 1991, a puzzling platformer game was released for the Amiga (and soon ported to many other platforms, including the SNES, where I first encountered it). Another World (or Out of This World) featured a red-headed young physicist named Lester, conducting some experiments on a particle accelerator. One freak lightning strike later, Lester finds himself transported into a pool of water … and when he climbs out, he realizes that he’s on a different world.

Although the game is a side-scrolling platformer, it had a very different feel from many games of the time, from its vector-based graphics to its pacing. And it is hard. There are no hit points or health meters — either you succeed or Lester dies. And Lester will die. Over and over again, in various gruesome ways, until you master the puzzles and figure out the order of things.

Another World made the jump to iOS last month, and it’s still a pretty amazing experience. Screenshots from Another World

I didn’t actually get to play Another World all the way through when I was in high school, though I remember seeing it on the SNES and being very intrigued. More recently, I came across it again at Good Old Games, but since they don’t have versions for the Mac, I wasn’t able to try it there, either. But now it’s on the iPhone and iPad, so I got to experience it all the way through for the first time. The graphics have been updated: everything is smoothed out and streamlined, and the backgrounds are more detailed and less pixellated. You can switch back and forth between the old and the new with a two-finger swipe, which is kind of fun to see.

There are two types of controls: one is a more traditional control pad set up, with four arrows on the left and a button on the right for actions. Oddly, though, the controls are placed at the top of the screen, which I found makes certain areas difficult because my hands obscured parts of the screen. However, it may make it easier for extended play on an iPhone, since holding it as a controller on the bottom edge can be hard on your hands. The touch controls allow you to tap large areas of the screen instead: on the right side to move right, or at the top to go up. The two bottom corners function as the action button. This is the control scheme I used most of the time while playing, but I found it wasn’t always very precise, and occasionally I switched to control pad for finer control. Lester and a guard engage in a laser duel.

One nice thing about the iOS version is the automatic save points, which save your progress as you hit certain checkpoints. It’s not a very long game, but it’s quite difficult and you’ll find yourself dying a lot. You can then start up the game at any of the checkpoints you’ve previously passed. I’ll admit that I had to consult an online walkthrough for several sections where I got stuck, though I tried not to look ahead unless I’d given a particular section several tries first. Sometimes, trial and error only gets you so far. There are also three difficulty levels: Normal is actually a little easier than the original, Hard is the same as the original, and Hardcore is harder than the original, in case you really like dying.

Overall, I really enjoyed Another World. Some of it feels a little dated now: the graphics are no longer groundbreaking and now are somewhat primitive in appearance, but I still appreciate the historical significance. The story and the puzzles you’ll have to solve are nicely done, with a lot of thought put into how things trigger other effects. I did feel that the controls are a bit harder to use on a touchscreen than they would be on a keyboard or actual gamepad.

If you haven’t ever played the game and you’d like to give it a shot, the app is $4.99 (for iPhone or iPad), not bad for an out-of-this-world experience. 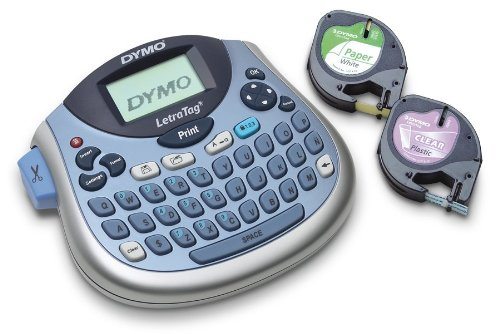 Organized In the New Year

Review: Amusing Burnout Crash Does Neither

10 Years Ago Today: Apple Introduces the iPod, Changes Everything