Forget the Clear Pepsi jokes, Hasbro’s Nerf Clear Series blasters (available August 1) present four of the line’s most popular products, and rather than using the classic black and yellow of previous versions, all four use transparent plastic, revealing the springs and wires of their internal mechanisms. It’s fun.

Here are four Nerf Clear Series blasters that Hasbro sent me to review:

The Nite Finder is, like the rest of the Clear Series blasters I reviewed, an older product that has been included in this line thanks to its popularity. It features a built-in “laser sight” that makes it fun for target practice.

The Maverick is a revolver-style blaster that packs six barrels, and advances the cylinder every time you pull back the action — which also primes the spring.

The Recon is a big, impressive-looking “Clip System” blaster. I love how it has so many different parts — barrel extension, “laser sight” attachment, a stock that holds an extra clip, and flip-up sight — in addition to the core dart gun. Most of these add-ons can be used for other models, and the ones unique to the Recon are removable, letting you customize your blaster how you like it.

My favorite of the four is the Deploy, a nicely designed blaster that “folds up” — the chamber and clip twist to the right, the pistol grip folds into the body, and the stock telescopes in. The Deploy sports a flashlight on the front, and with an awesome press of a button, the clip flips to the left and the shoulder stock extends, and the blaster is ready for action.

So, what is the purpose of these transparent shells? Beyond the fun aspect — the transparent shells tempt the nerdy user to ponder all manner of mods like adding LEDs — the line’s purpose is to help promote this year’s new gun. The real star of this year’s Nerf line is the Stampede, which is XXXXX XXXXXX XXXXXX!!!! (Sorry, embargoed until the 16th.) All I’ll say about the Stampede right now is that this new product will generate the same level of excitement fans felt about previous years’ “big guns.” It’s pretty cool, and stay tuned to learn more about it! 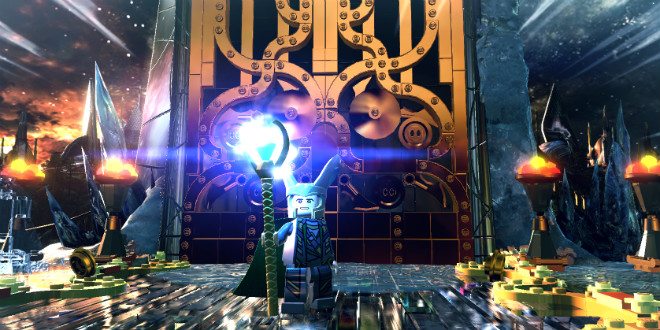