When I told people I was taking 15 days in June driving alone from Northeast Ohio to Southern California and back again – spending four days in the middle in San Diego with my wife and daughter, who flew out and back – more often than not, my sanity was good-naturedly brought into question.

Me? I saw our San Diego visit as a chance to enjoy a great geek road trip: It was my first journey further west than the Rockies, I was visiting friends on the West Coast and along the way (including fellow GeekDad writers Jenny Williams and Jonathan Liu), and I’d always wanted to drive cross-country.

And, of course, I was übergeeked about road-testing my new Droid. It’s no secret that the iPhone and its Apple brethren get a lot of attention on GeekDad, but when I looked at a new smartphone and the road ahead, I opted for a Motorola Droid not because I’m anti-Apple, but because this one best fit my needs. (My own key reasons: physical keyboard, non-Windows OS, and the unlimited data plan.)

Basically, I looked at the trip in part as a fantastic 5,400-mile playground for me and the phone, so as I was stockpiling supplies and plotting travel routes, I was also compiling lists of applications to test and how I’d put the Droid to work.

I limited myself to apps that were free, and for what it’s worth, I received absolutely no suggestions or offers or any compensation for the Droid or applications or any of the things I’m writing about.

So, just before dawn on June 14, I started up my rented Nissan Versa (A reminder of Heroes‘ one really good season, as a few friends pointed out during the trip) and headed west.

I was on I-70, about 360 miles into my journey, when I decided it was time to make a peanut butter and jelly sandwich for lunch. I was about 360-and-a-quarter miles into my journey when I realized the loaf of bread I bought for the trip was still in our cupboard at home. So I put TweakerSoft’s Android edition of AroundMe to use: Popped open the app and tapped on “supermarkets,” and found a Kroger in Brazil, Indiana, just about 6 miles off the Interstate. The Google Navigation system got me there before you could say “cut off the crusts, please.”

Oddly, it seemed like AroundMe was at its best in this way-out-there kind of situation: In San Diego, for instance, the restaurant list was surprisingly short, and the app wasn’t showing me several places I could see from our balcony or others at which we had just eaten a few hours prior, within walking distance of our hotel.

While I’m on the subject of getting around, the Google navigation system with the phone worked almost flawlessly the entire trip. I’m an overpreparer by nature when it comes to big undertakings, and I was more than stocked with actual maps and printed directions of everything from the major highway routes to the two-lanes through the deserts and the grasslands to the neighborhoods I was visiting. After one day of using the phone’s GPS, I was comfortable with and confident in it. By the time I hit morning rush hour and an accident in the heart of Albuquerque on day four, it was second nature just to get off the freeway, find a restaurant and watch until the traffic report map layer showed a green line indicating up-to-speed movement back on the Interstate. And I felt almost as OK getting around San Diego during our four days there as I do taking the back way to my favorite place to get strawberry pie here in Ohio.

I also jumped pretty early on into regular Droid use of Promptu’s speech-to-text ShoutOut application. For one thing, it made responding to texts from my wife and daughter easy while I was on the road. I’d say it nailed my sentences in their entirety 80 percent of the time. (Before the trip, in fact, my daughter and I invented a fun game: We’d come up with an oddball sentence and see who could get ShoutOut to translate it accurately first. For the record, we never did manage “The elephant and hippopotamus like spaghetti,” but the mistranslations were hilarious.)

ShoutOut worked well as a quick memo-recording app, too, and I used it a few times to record blocks of text for Twitter and Facebook updates, since I have yet to find a good Droid app which handles both simultaneously.

Aside from the navigation program, probably the most essential app I installed was the limited-use version of June Fabrics PdaNet USB tether, which I hooked up to the Windows-running netbook my wife loaned me for the trip. While all the campgrounds I visited had free wireless internet access, tethering the Droid to the computer hooked me up everywhere else, including the hotel where we were staying, where internet access would have otherwise cost us ten bucks a day.

The free PdaNet install limits full functionality to a trial period, beyond which it won’t allow access to “https://” (secure) sites. My trial covered almost my entire trip, though, and since I don’t have much use for the app when I’m at home, I’m unlikely to purchase the full version anytime soon.

Two just-for-fun apps I installed for the trip were My Tracks and Google Sky Map. I used the former to map one run along Old Route 66 in Missouri, another in Balboa Park, and a third near our hotel in San Diego, and it worked just as advertised, charting my route, time (including “total time” vs. “moving time”), speed and other data that running geeks love to crunch. I’ve run with a friend who’s used his GPS-powered watch to monitor all those things, but with the Droid tucked in my running belt, this was the first time I had it all at my fingertips, and I loved it.

And Google Sky Map is just pure neat. Hold the phone up to the sky, and the screen provides a labeled and searchable star chart, including planets, star clusters and the like. There’s even a red-on-black night vision mode to keep your eyes adjusted to the dark. I made good use of this one at stops in New Mexico and Arizona – though I did forget to activate the GPS once, and I spent a few minutes with Jenny and her husband laughing as the Droid insisted that Venus was, in fact, the almost-full moon brilliantly shining behind us. It’s also fun to see what constellations are hidden during the day, and to point the thing at the ground and see where the sun is at night.

All in all, I was more than happy with the Droid’s performance during the trip, and I’d love to hear more from other owners about their favorite apps, and how they get the most out of their phone. 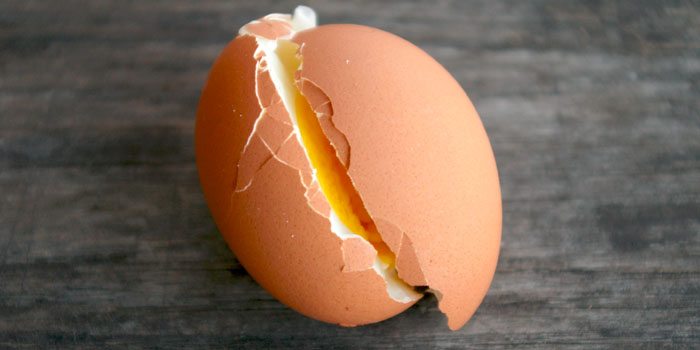