A huge part of the quintessential cross-country road trip is, of course, the stuff you see along the way.

So when I took to the highway for a couple weeks this summer, Ohio-to-Southern California-and-back, I made sure to note a few Locations of Geek Interest on my 5,400-mile drive.

This one I found by pure chance when I made a pit stop in Shamrock, Texas, just off I-40: In real life, it’s the Tower Conoco station, but everybody I showed that picture to immediately recognized it as Ramone’s House of Body Art from Pixar’s Cars. Not something you’re likely to go out of your way to see, of course, but if you’re crossing the Texas panhandle and you need to take a break, it’s an awfully nifty sight, and it’s right there amidst the places you’re probably visiting for meals or bathroom stops anyway.

The next geek stop, in contrast to that surprise find, I had figuratively thumbtacked as soon as I saw where my route would lead me. Welcome, my old-school Star Wars friends, to Tatooine: Specifically, it’s the dunes off the Interstate 8 Grays Well exit west of Yuma, Arizona, where the Return of the Jedi Sarlacc Pit scenes were filmed. I looked up the location and was thrilled to discover how easy it is to find. Again, not a place you’re likely to linger, but if you happen to be on the road from Phoenix to San Diego and you’ve got Force-fed fans aboard, taking a few minutes to imagine Krayt dragon skeletons and Jawa sandcrawlers on the horizon could certainly make for some interesting “where I went on my summer vacation” chatter.

(And yes, I did cart a vintage Dewback toy across the country just for the chance to shoot this counterpart to February’s vintage Chewbacca snow gauge. And yes, I know Dewbacks weren’t actually seen in Jedi. I’m still happy with the way the picture came out.)

Upon reaching the West Coast, some friends in Los Angeles treated me to an afternoon of nerdery which included a trip to Frank and Son’s, where I saw kids and their parents equally agog over crazy displays of all sorts of geek toys and collectibles old and new. Under-twelves popped their eyes at Bakugan and Clone Wars stuff while moms’ and dads’ eyes sparked over vintage Tron and Trek and Battle of the Planets and Battlestar Galactica. I even found a cheap Imperious Leader from that last line – a figure I owned begrudgingly as a kid, settling for it only because Kmart had no new Star Wars guys, but which had since earned its own sentimental value as a result.

My wife and daughter met me in San Diego a few days later, and we enjoyed visits to both Balboa Park and La Jolla Cove.

We only wandered the gardens at Balboa for a couple hours, since it was late afternoon when we got there, and we were bowled over by how much fun we had just exploring places like the Palm Canyon and the Alcazar Garden and the Lily Pond. And for families, the price of the self-guided walk – free – couldn’t be more right. Given more time in San Diego, we easily could have returned for a couple more days and checked out places like the Reuben H. Fleet Science Center, the San Diego Air & Space Museum, or the San Diego Natural History Museum, all of which are within Balboa Park. This place was such a great surprise that I got up early one morning and made the 10-minute drive there just to go for a run. La Jolla Cove made for another unexpectedly awesome morning trip, and though it’s obviously a big tourist resort destination, we spent our whole time there enthralled by the shore and the wildlife. From the sea lions lounging and barking and swimming just a few yards off to the small, colorful crabs in the tide pools and even the spotted ground squirrels, we couldn’t stop finding neat stuff to look at. And while parking was a bit of a challenge, we had somehow lucked our way into excellent timing for the visit: When we were headed back toward San Diego just after noon, the main road into La Jolla was packed to a traffic standstill.

The biggest disappointment on the road was really my own fault. On the way home, I thought I’d break up a 12-hour driving day and the monotony of the Flagstaff-to-Albuquerque stretch with a quick stop at Meteor Crater. (I mean, I wasn’t going out of my way to see the big hole to the north, but hey, this one was only six miles off the highway and besides – Made from Outer Space, right? I mean, that’s got to count for something.)

Well, the closest I got was the parking lot, because not having done my homework, I was fully unprepared for the fifteen-dollar admission charge. Now, for all I know, the hike around the rim of the 50,000-year-old, 57-foot-deep crater, coupled with the museum exhibits and movies and other assorted stuff, could very well be spectacular and entirely worth the ticket cost ($8 for ages 6-17 and free for those younger) if you have kids to entertain and a few hours to spend there, neither of which applied to me this time around.

I do have another road trip scheduled for August, and while the Ohio-to-Orlando route is one I could probably drive in my sleep at this point, I’m open to suggestions for geekstops along the way!

Take your kids to work day: What’s your office doing? 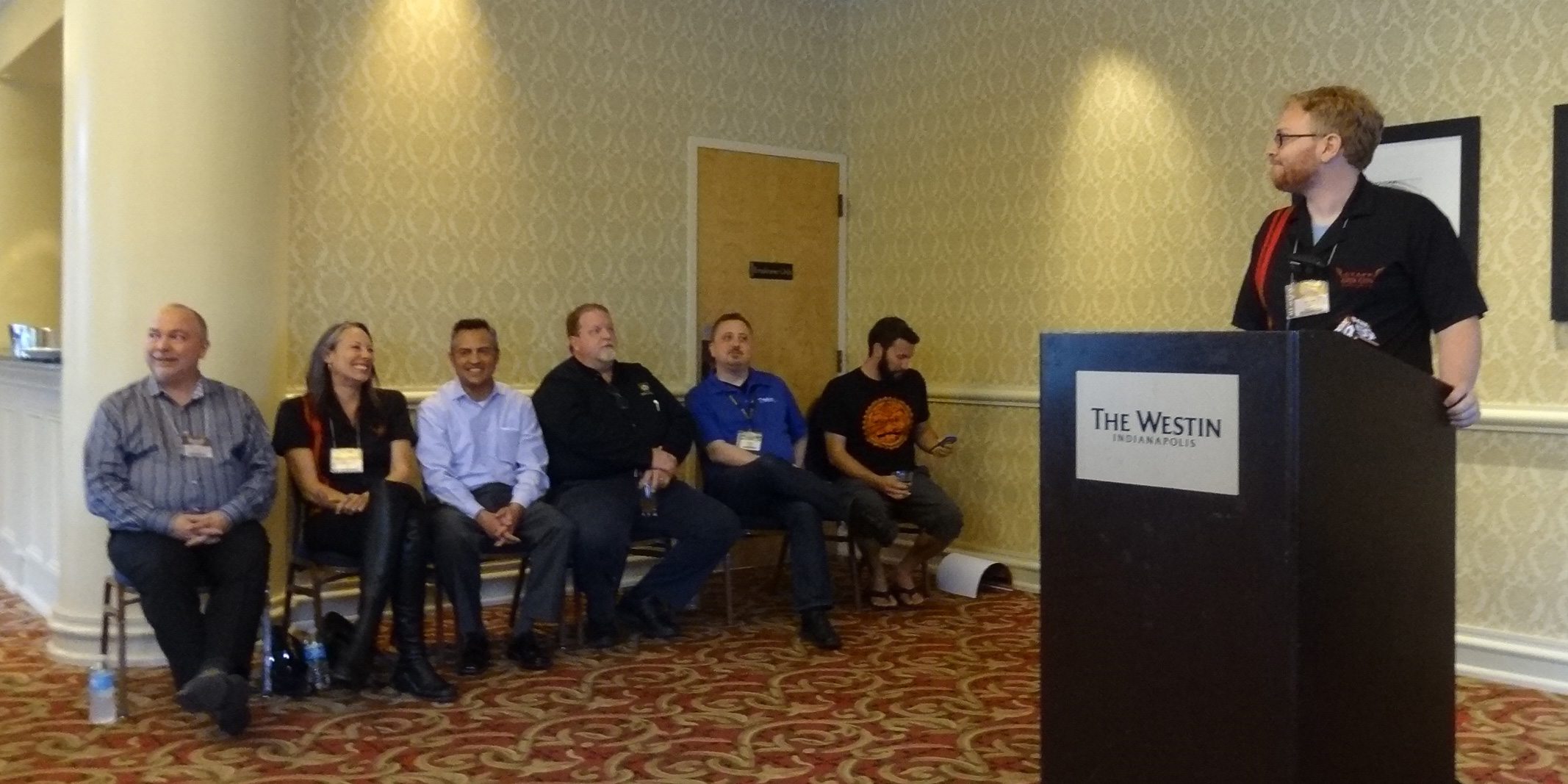