The Universe: The Complete Season Four (Image From History.com)

If you liked 2012, you’re gonna love this one: “10 Ways to Destroy the Earth” and eleven other episodes that will fascinate you and make the most of your home entertainment system, while freaking out your kids. The Universe Season 4 seeks to educate, entertain and exhilarate. Spoiler alert: A lot of stuff blows up, and the Earth is often the target.

I was pretty excited to receive a review copy of season 4 of The Universe from The History Channel. I’ve seen a number of episodes from the first season, but I haven’t gotten around to renting other seasons. A&E sent me a Blu-ray version and I fired up the PS3, sat down with the kids in front of the big screen and prepared to be simultaneously awed and educated.

The producers of the series make good use of CGI to bring the universe to life. For the most part, the visuals are stunning and with the combination of HD presentation and decent surround sound, it makes for a very entertaining viewing experience. For the moment, this is the only way I’m aware of to see the Death Star (the Star Wars version, that is) in high definition, as the Galactic Empire’s ultimate weapon makes a cameo appearance in the first episode. There are spots where the animation stumbles a bit, especially in scenes with water vapor, but overall the eye candy looks good. Interview snippets with scientists and other experts in the field help to boost the educational quotient, but they’re often short segments that are obviously heavily edited. I couldn’t help but picture a twenty minute discussion on the constellation Sagittarius being edited down to ten seconds of “a binary death star in Sagittarius has Earth in its sights.” Adding an archer with a flaming arrow being launched at a target that erupts into flame is far from subtle. Repeating the flaming arrow strike to drive home the point is a little over the top.

And therein lies the biggest problem I had with the series. While the subtitle for The Universe is: “exploring the edges of the unknown,” I think that for this season at least, they should tack on “and the many horrific ways the unknown is scheming to destroy you.”

My kids are 7,7 and 10. They understand that there are cosmic forces that could threaten the Earth. They know that the dinosaurs were likely wiped out by an asteroid impact and that there’s a remote chance that scenario could happen again. However, nine and a half hours of episodes like: “Death Stars,” “Biggest Blasts,” “10 Ways to Destroy The Earth,” “Space Wars” and bonus features like “Comets: Prophets of Doom” became a little overwhelming. In all fairness, there are still some episodes mixed in that deal with more benign material like “The Hunt for Ringed Planets” and “The Search for Cosmic Clusters,” but it really seems as though when the producers sat down to plot out the theme for this season, they settled on cosmic catastrophe, then worked out as many sequences as possible showing the Earth being fried, bombarded, smacked, impacted, seared, irradiated, inundated with water and otherwise subjected to an endless cosmic smack down. I spent a lot of time explaining to the kids that most of these were dramatizations of potential scenarios, millions (if not billions) of years in the future, and not something that meant we needed to start digging our fallout shelter immediately. Not that a fallout shelter would help any, as was made abundantly clear.

Then again, maybe my mistake was watching multiple episodes at a time; perhaps in 45 minute doses, it will seem a little less over the top. At the end of the day, The Universe still makes for fascinating viewing material, it definitely has an educational component and I wouldn’t be surprised if watching it sparks some interest in astronomy. And if you feel the need for some cataclysmic planetary destruction sequences, well, they’re there in abundance.

But why take my word for it? The folks at A&E were good enough to send a copy of the four disc DVD collection for a giveaway. Send me an e-mail (brad@geekdad.com) with Universe in the subject line and a winner will be chosen at random. One entry only per person, please, and I’ll announce the winner today at 5pm EST.

UPDATE: we have a winner! Congratulations, Gewalt, I’ll be in touch to get your shipping info. Thanks to everyone who sent in an entry.

The Universe: The Complete Season 4
Blu-Ray version lists at $54.95, but currently available for $29.99 on Amazon.

Wired: Educational with enough punch to keep attention, for the most part the CGI looks pretty good, full 12 episodes (nearly nine and a half hours) plus bonus features.

Tired: A little heavy on the sensationalist doom and gloom scenarios, CGI looks a little low budget at times (at least on Blu-Ray version).

Comics Spotlight on “I, Hero” Magazine 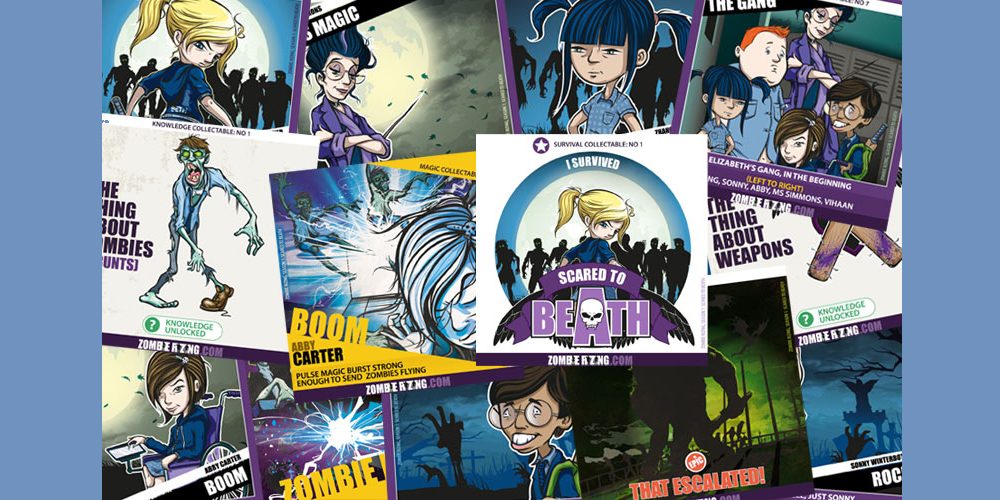