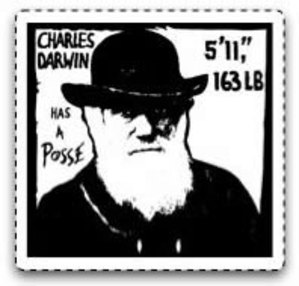 We homeschoolers often get a bum rap for trying to insulate our kids from evolutionary theory. But it’s just as likely that your public school student has never heard of the subject. In fact, “about one-third of biology teachers support the teaching of creationism or intelligent design,” according to The New York Times. Even if evolution is part of the curriculum, it may be assigned as reading but not discussed in class. Swarthmore College prof Colin Purrington believes evolution should not only be taught throughout the biology curriculum, but should be started early. Like in kindergarten.

There is, I discovered … a very large literature about when, exactly, children start to develop theories about the origin of life and the origin of adaptations. This literature shows that kids are “primed” to learn evolution even before first grade. Therefore, waiting until high school to explain the reality of life seems a bit late.
About 10 years too late.

If that makes you want to grab the geeklets and start larning ’em some natural selection, I just wrote a column listing kid-friendly websites explaining evolution. The article was inspired by the many, many books, movies, songs and other resources collected by the homeschooling blog Farm School for last month’s Darwin Day, February 12.

As Purrington says, “[T]he only evolution instruction that young children get is from their parents — so everyone is a homeschooler when it comes to this topic.”

Kathy Ceceri is also a columnist for Home Education Magazine.

New Muppets Trailer: It’s Not Easy Being The Green Lantern

Daily LEGO: The Spice Must Flow