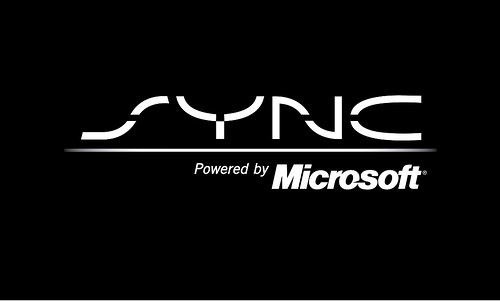 Due to a confluence of unfavorable (my wife’s commute car has over 110k rough miles on it and has lived through the first 9 years of both boys, plus three large dogs) and favorable (a little surprise cash, some very low interest rates, a "deal" on a demo model) conditions, we bought a new(ish) car this weekend. While we had done our research on the make and model we wanted, and even some of the features, and we went looking to see what we could find a deal on, with an open attitude towards what the final package would be. When we drove home Saturday night (very late, having gone to the dealer *after* a little league game that went into extra innings), we had a car with many bells, and even a few techie whistles.

The most interesting of these is this Sync system from Microsoft. Yes, I know, the first thing that comes to mind is that old joke about the CEO of a car maker traded jibes with Bill Gates about the progress and pitfalls of each business – will I ever get a blue screen of death on my car? But Sync is a handy little bit of tech that allows the bluetooth connection of phones and media devices to a voice-activated system, making hands-free calling and other nifty features very easy. There’s even a usb port in the center console for software updates, and to which you can connect your phone or media player to charge from, and through which access files. 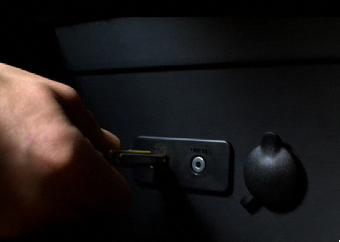 But being the GeekDad I am, I’m just a bit dissatisfied. There’s one more nifty feature: you can put CDs in the player, and it will rip them to a hard drive built right into the car.

Well, I’m not quite ready to take anything apart to see if I can swap it out for a nice half-TB drive filled with more music than we could listen for the life of the car, but 10 gigs just seems so… paltry. I have one other idea to try, though. Remember above when I mentioned the usb port? Bascially the system will recognize mass storage devices from media players and thumb drives. So why won’t it recognize something a little bigger, like a portable hard drive? There’s a 12v outlet in the nook where the usb port it and I have an inverter and an old 160GB portable drive lying around. I’ve looked around at various sites online, and no one seems to be saying it won’t work, so I’m going to give it a try. If it works, I promise I’ll report back. Wish me luck!