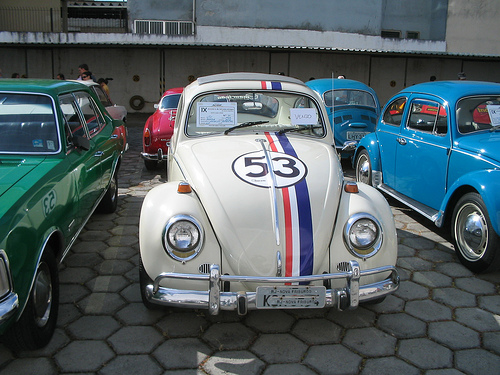 I was driving in the truck with my kids the other day when one of the boys piped up and said he wished we were in one of the Transformers cars. Admittedly, that could be pretty cool. Other than the fact that there’d inevitably be a Decepticon or two always in the rearview mirror, of course. Those guys just never seem to give up and they have no respect for the two second rule.

Anyway, this little comment threw me back to my own childhood, when something like that imaginary experience actually happened to me. And it quickly became less cool than I imagined- like living a Twilight Zone episode. I’m giving away a serious hint about my age here, but what the Hell, it’s Monday… It was 1977 (that’s 3 years before the VIC-20, 3 years after D&D was first published by TSR, the year that Kraftwerk released Trans-Europe Express and the year that Star Wars brought sci-fi into the mainstream, if you’re looking for points of reference on the official Geek timeline). I was a school-age kid growing up in Stratford, a small town in Southern Ontario known mostly for its fixation on all things Shakespeare and big collection of swans. William ‘James T. Kirk’ Shatner paid his early theater dues in Stratford, by the way, but that’s not really part of this story. In 1977, there was no Transformers movie in the theaters – actually there were no Transformers as yet, period- but Disney had just released the third in its Herbie the Love Bug series of movies. Stratford’s population was only around 25,000 at that time, but it was big enough to support a Volkswagen dealership and my dad sold VWs. Disney and VW cooked up a promotion for Herbie that involved sending a pimped out car to dealerships in cities where the movie would be playing; a white VW Beetle, fully decked out in Herbie decals and with the big 53 on the hood. When dad announced that he had the car for a few days, I was ecstatic. And when Herbie pulled into the driveway and my brothers and I got in for a drive around town, I thought that this was going to be as cool as it gets.

This is where the Twilight Zone angle comes in. Yes, it’s definitely cool to have the allegedly sentient, automobile-based star of a movie show up at your house. It’s a bit of a downer when you’re going for a ride in the car, swerve off the road as though making for a dunk in the water (something that would probably get you pulled over on suspicion of DUI these days), but pull back onto the pavement at the last minute. So close! The drive through the river would have been awesome -something Herbie could definitely handle- but dad had to go and wrestle control back from the car. Where you realize that perhaps having your dream come true is more of a nightmare happens when every kid who walks by your house stops and points. And stands there, gawking.

Trust me, that gets old, fast.

There’s no such thing as anonymity when you’re riding around in a car that every kid expects to suddenly take corners on two wheels as it flaps the hood in greeting; or, if they’re old enough to be jaded, they point and mock you ala Nelson Muntz. After about ten minutes of driving around town, I was sick of everyone pointing at us and running over to the car at stoplights, screaming ‘It’s Herbie!’ Unfortunately, this ordeal lasted for several days. I learned to wear a baseball cap and slouch down in the back seat to avoid the worst of the ruckus.

So, kids… Do you still want to go for a ride with the old man in Bumblebee? 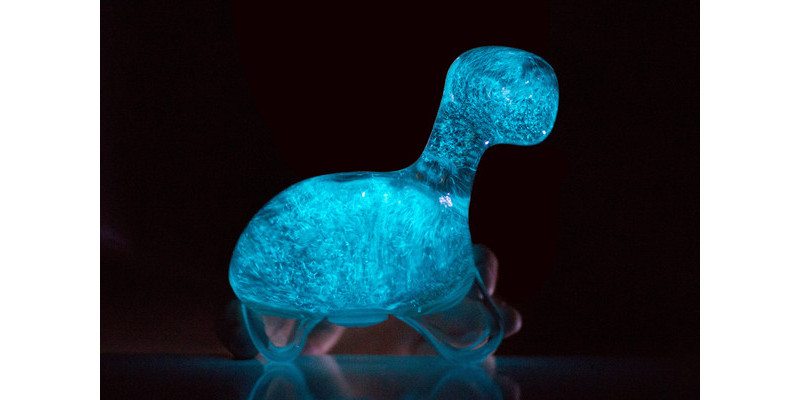 Glowing DinoPet Will Fill You With Awe

A GeekDad Builds A Cabin Bed