The news about the partnership between LEGO and Disney has us all very excited here at GeekDad. So far they’ve only announced sets based on Toy Story, Cars, and the as-yet-unreleased Prince of Persia movie. But we can’t help thinking of all the sets we’d like to see in the years to come based on other Disney-owned properties. I’ve made my own personal top ten list, here considering only those ones that I could actually believe they’d consider making (because lots of movies that Disney owns are too obscure to be reasonable as sources for marketable LEGO sets). Here, then, is my list, counting down: 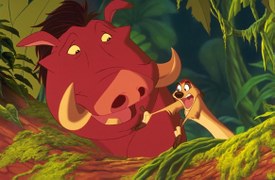 10. Timon and Pumbaa’s Jungle (from The Lion King) – I don’t really know how to make a good-looking LEGO jungle, but then that’s why I’m not a Master Builder. I would love to see this, and I’ll bet it’d be a hit with lots of kids (of all ages). Plus, I really want to see what a LEGO meerkat and warthog look like.

9. The Hundred Acre Wood (from the Winnie-the-Pooh movies) – While I’ve always preferred the original Milne stories (and Shepard illustrations) to the Disney versions, I would love to see what LEGO could do with the setting. I can just see Pooh’s house, with its sign reading (on a sticker, of course) "Mr. Sanders." And just the idea of a Pooh minifig is enough to make me smile.

8. WALL-E’s (Truck) Home (from WALL-E, obviously) – I thought WALL-E was a flawed and unsubtle movie, but in many ways brilliant. One of the things I loved about it was the attention to detail shown in every scene, which is easily illustrated by the old truck that WALL-E calls home. I know that a LEGO set of it couldn’t render every little object that WALL-E collects, but I have confidence in the set creators’ ability to capture the spirit that the filmmakers put in the scenes there. 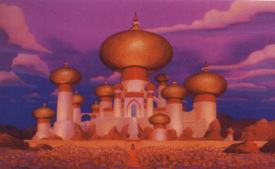 7. The Insect City (from A Bug’s Life) – Here’s a chance for the LEGO Master Builders to really shine, because instead of scaling large things way down as usual they’d be scaling small things up. Remember all the boxes and cans and other trash that made up the bustling city Flik went to looking for help? Now picture a LEGO
version.It wouldn’t be easy, but it could be really awesome.

6. The Sultan’s Palace (from Aladdin) – I was going to go with the Cave of Wonders, but after thinking about it decided that the palace would simply be a more interesting and colorful set. Obviously doing the whole palace would be an enormous (and consequently expensive) set, so probably this would have to be scaled down to just the throne room and maybe Jafar’s secret underground lair. And I can picture minifigs of Jafar, the Sultan, Jasmine, and Aladdin (with changeable torso so he can be Prince Ali, too). I’m not sure how they’d deal with Iago and Rajah (the tiger), but I know they’d figure out a way. 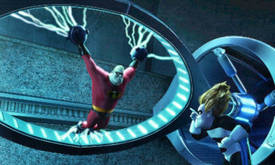 5. The Imperial City (from Mulan) – I don’t know how they’d do this, but it’s so beautiful in the movie I would love to see it recreated in LEGO bricks. Maybe it would be best split into a couple of different sets, or they could concentrate just on the Emperor’s palace. Either way, I know I’d pay for it.

4. Syndrome’s Island Base (from The Incredibles) – I still think The Incredibles is the best Pixar movie thus far, and Syndrome’s base is far and away the best subject in the film for a LEGO set. There are cool traps around every corner, interesting structures, and potential for at least five minifigs (the four Incredibles and
Syndrome, of course). I can see my kids having tons of fun playing with it, recreating the scenes where Elastigirl, Violet, and Dash try to get into the base to rescue Mr. Incredible. 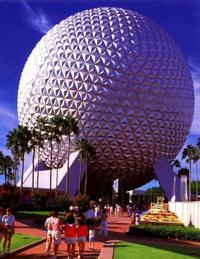 3. Spaceship Earth (from Epcot at Walt Disney World) – Since
I see no reason to confine the sets only to fictional places, why not one based on this amazing geodesic sphere and the ride it contains?
Making the sphere out of LEGO bricks would be challenging, I’m sure, but satisfying and really neat to look at. They’d have to come up with a mechanism to allow you to open the sphere, to see the ride inside, or maybe just make the set contain only half the sphere so it remains open constantly. I leave such decisions up to the minds at LEGO, but I think this would make an awesome set.

2. The Black Pearl (from the Pirates of the Caribbean movies) – Yeah, I know LEGO already has a Pirates line that has no relationship to the movies, but maybe they could have a crossover set. These movies are easily the most popular live-action Disney films of the last decade, and the Black Pearl would certainly be the biggest seller of any set they could make based on them. I know I’d buy it in a heartbeat, even though I thought the second and third movies were just
OK, and even though the films combined to convince me that Orlando
Bloom couldn’t act his way out of a paper bag. 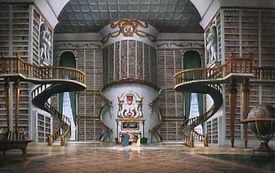 1. The Beast’s Castle (from Beauty and the Beast) – This is the one I want to see the most, as I said on the GeekDads podcast earlier this week. There are so many neat rooms, so much richness of story and character in each one, this has the potential for a masterpiece of LEGO set design. It would be really big, to be sure, even if large areas like the ballroom were scaled down disproportionately. But just think of how amazing it would look, and how much fun it would be to build it! This one would be expensive, but so very much worth the money.

So that’s my list. Of course, there are more movies coming out later this year, like the Pixar film UP (which looks like a lot of fun) and The Princess and the Frog, Disney’s return to pure 2D animation, so my list might be different a year from now. And I know that if I’d asked my kids for help with the list, there would’ve been a High School Musical entry somewhere. I’m sure everyone’s list is different; please leave a comment about yours. 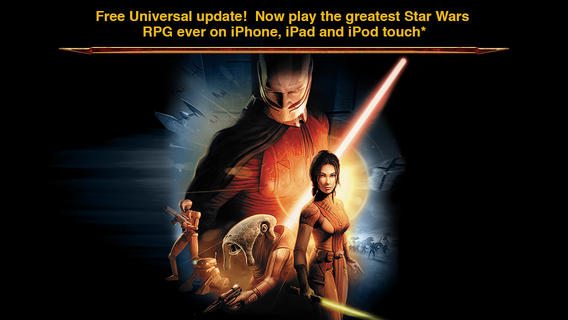 Tis the Season — For Cheap Apps