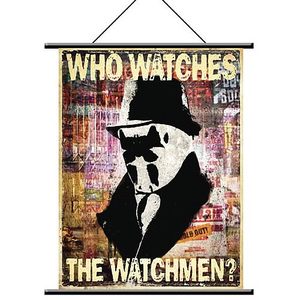 There’s a big movie coming out soon, based on a very famous graphic novel.  It’s called Watchmen; perhaps you’ve heard of it?

Okay, all joking aside, this is a big deal.  The geeks, young and old, have been salivating and/or shaking in trepidation ever since it was announced.  Will it be good? Will it suck? Will Alan Moore emerge from his shaman’s hut somewhere near the Salisbury Plain, cast some runes, and declare it the first adaptation of his work that he doesn’t hate?

Yeah, well, fat chance on that.  But Wil thinks it’s awesome, and that’s good enough for me.  I’ll be trying to pawn the kids off on grandparents and lining up for opening day.

And so, of course, there will be merchandise.  On the one hand, it’s crass capitalism, exploiting the purity of the art we hold dear.  On the other hand, dang, but there’s some cool stuff coming out!

Me? I’m partial to the messenger’s bag, and oddly enough the wood-block coaster set. And who can pass up an official Watchmen lunchbox? 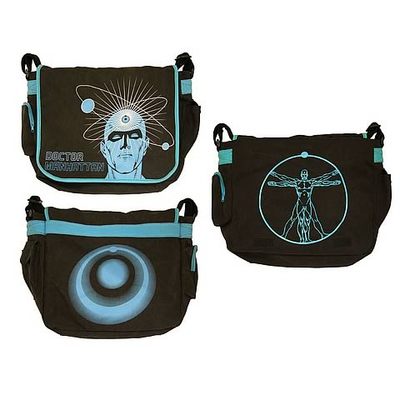 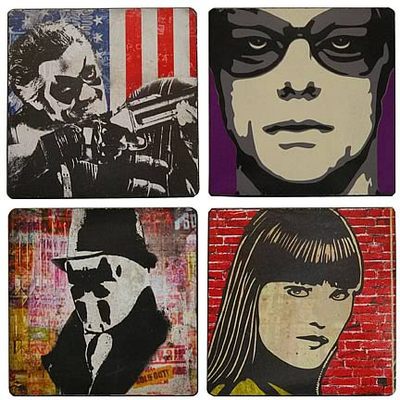 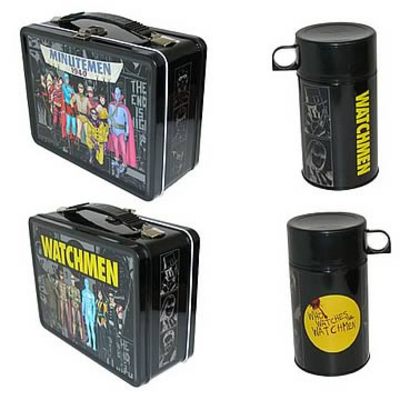