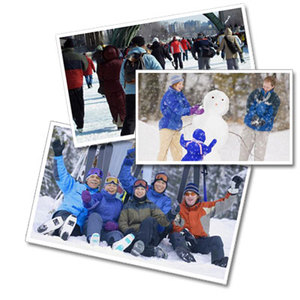 Monday marks the second year of Ontario’s annual Family Day statutory holiday. Brought into being in 2008 by the provincial Liberal government, Family Day was intended to break up that long period between the Christmas and Easter holidays, with an emphasis placed on families spending quality time together (thus the name). It was controversial from the start, with municipalities and small businesses in particular raising concerns about additional costs. Some parents were left scrambling for babysitting when they discovered that they still had to work, but their regular daycare center was closed for the day. Some people complained that many wouldn’t bother actually spending time with their families, as intended (which to me is a crock of an argument- we make no attempt to force everyone to actually celebrate Thanksgiving, for example). That was during relatively good economic times.

What a difference a year can make.

While employers and employees have had a year to adjust to the new holiday, there’s still confusion around who actually gets the time off -this is complicated by specific holiday allocations in existing union contracts, retail pressure and regulations around federal government employees in Ontario. What’s really adding fuel to the fire this year is the recessionary climate. With Ontario suffering significant job losses and the government looking at deficit financing, more and more people are asking if we can afford to continue with Family Day. The Toronto Star recently reported that the cost of the holiday will approach $2 Billion this year, when the costs to businesses of closing for the day or paying overtime to employees to remain open are factored in. That’s a lot of money, and considering that 30 percent of Ontario residents will still be working on Monday, despite the holiday, it’s even tougher to shrug off concerns.

From my perspective, Family Day was a success last year and we’re looking forward to spending time together on Monday. I’ve seen many businesses advertising Family Day activities and I can’t help but think that at least some of that $2 Billion is offset by additional travel and recreational spending. I somehow doubt that mid-February was a heavy booking time for themed hotels, for example (outside of Valentine’s Day of course), but they seem to be doing a booming business with family packages this weekend.

My family is likely going to celebrate much the way we did last year. Some good food, a fire in the fireplace and lots of games and activities with the kids. LEGO, movies, board games and Rock Band all figure prominently and I vow not to read any newspapers and stay away from news-focused web sites, so we can ignore the economic doom and gloom for at least one day. In my opinion, it’s well worth the price tag and tough times actually make it even more important.