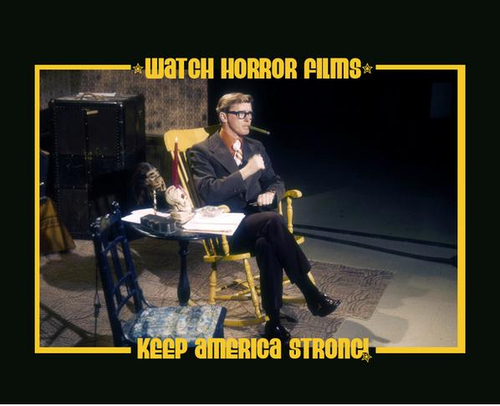 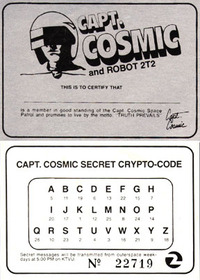 While I was researching the post on the LEGO Starship Yamato you might have read earlier, I activated my nostalgia circuits and wrote this:

I remember watching Space Starship Yamato (aka Starblazers) on TV when I got home from school back in the ’70s, on the Captain Cosmic show – one of those local shows where the host (Bob Wilkins) filled in around the commercial breaks in his sci-fi alter ego, and introduced a variety of cool cartoons.

Anyone who grew up in the San Francisco Bay Area nodded and smiled at the reference to Wilkins, though many probably remember him more for his iconic turn as the host of Creature Features, the late night horror movie show on Oakland’s KTVU channel 2 – sort of a precursor to MST3K, showing bad-but-fun movies with a wink and a nod.  Anyone who didn’t can probably think back and remember a similar show on one of their own local channels.

When I Googled him, I was pleasantly surprised to immediately find Wilkins’ website (beware of repeating music) and MySpace pages.  But when I clicked through to them, I was saddened to discover that he passed away just this last January at the age of 77.

Wilkins was a geek (and, from what I can tell, a dad), before it was hip.  He was a huge fan and proponent of horror and science fiction movies, and comic books, and was a local icon promoting the genres.  He was one of those forces of personality that helped feed our imaginations and keep the kinds of entertainment we love on the air.