Colin and I recently spent an evening in Roger’s basement. Roger Hilden restores pinball machines, classic mechanical games and collaborates with his son, Matt, on a clever pinball clock. Several of my next few posts are on his collection, the genesis of his hobby and how he raised his sons to appreciate geekdom.

Part One – Does anyone really play that thing?

According to Roger, companies like Bally’s adapted in the 1950’s after slot machines were outlawed in most of the United States by building games like the Bally Skill Roll.  He bought his before his sons were born. 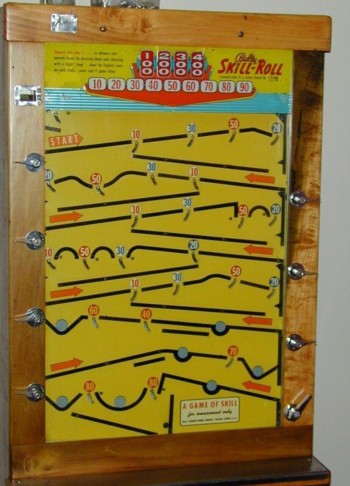 “The object is to drop a coin in the top slot and "flick" the eight handles to shoot it back and forth. The better you shoot, the higher points. Highest score is 460 based on the max points on the way to the bottom. The game will keep your coin at the bottom until a new game is started. Sort of a "look what I did" kind of thing. It’s not easy to get to the bottom, let alone get 460 points. About 2/3 the way through the game, it starts to get harder. You can lose the coin in one of the "gobble" holes.”   (http://www.marvin3m.com/)

After Matt arrived in 1979, Roger’s wife, Linda, asked if anyone ever played the thing, which was placed directly below  her infant son’s bedroom.

His Geekdad response to her loaded question? He added a counter to prove out frequency of use, built a switch to turn off the bells, and kept playing.

Roger’s Skill Roll tested Matt and Dave’s childhood nickel-flicking skills, until Matt finally announced that he had gotten to “H.” Puzzled, Roger looked at where Matt’s nickel had come to rest. The lowest levers had been replaced with Hot Water Faucet handles.  Matt had gotten to “H.”

So,does anyone still play the thing? After the 20-30 times Colin played Skill Roll that evening, the counter was at 14,631. He did not play in quiet mode. 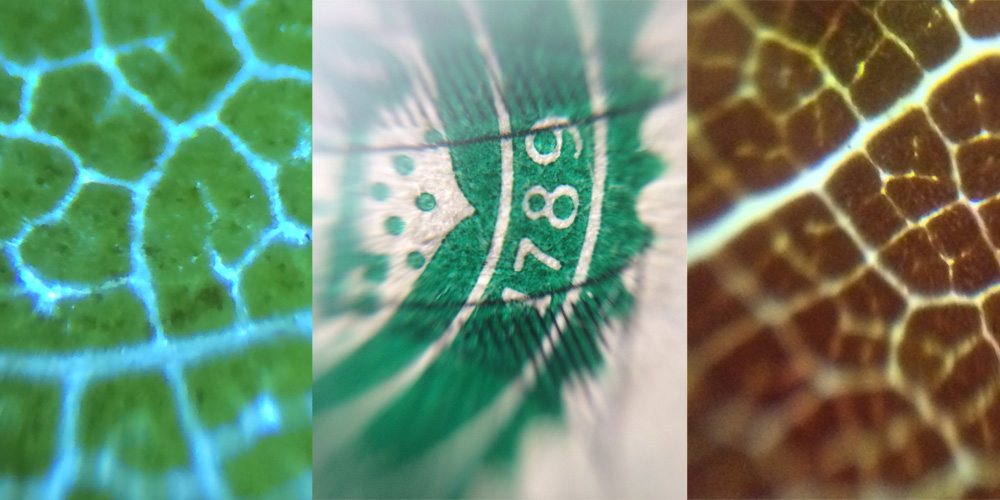 Wiimote Lightsaber Attachment: This is Why I Stood On Line at 6am for a Wii