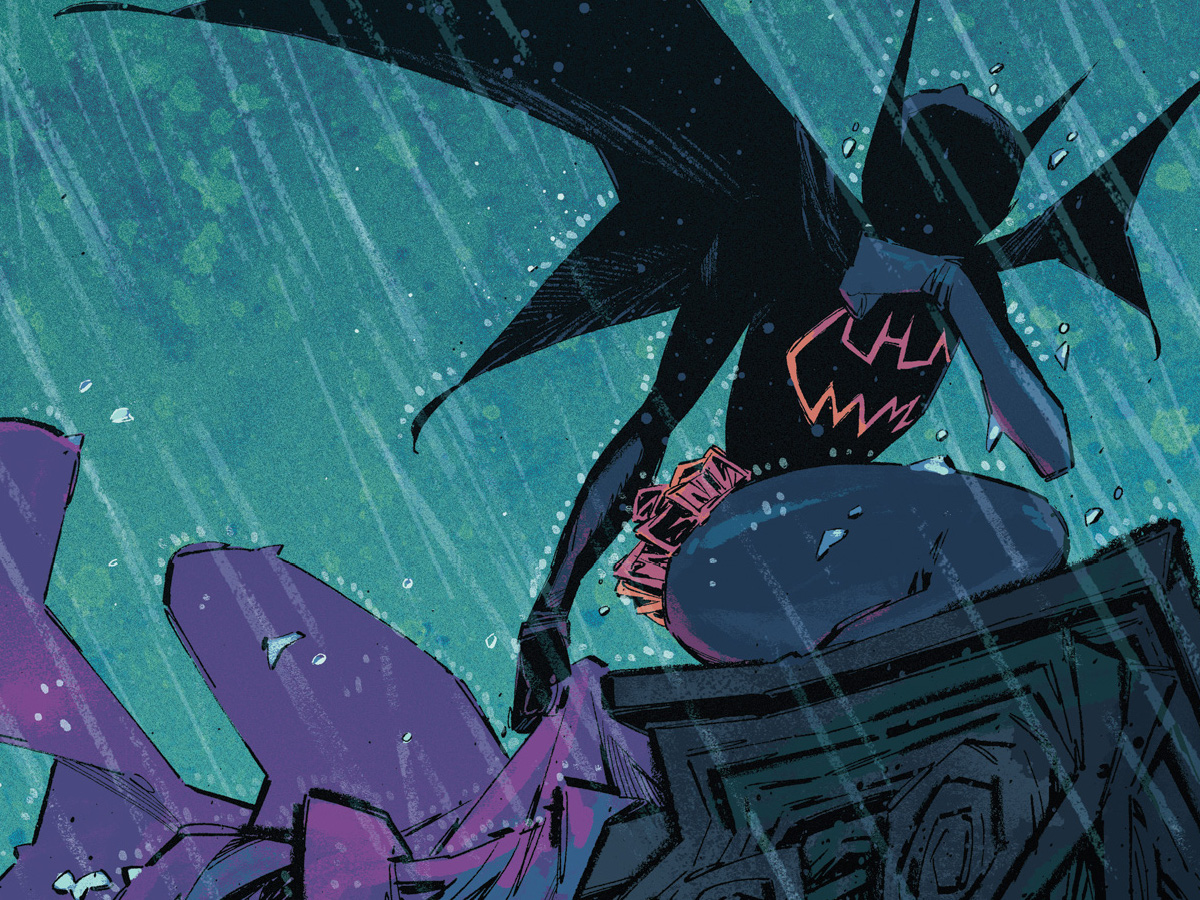 Ray: Cassandra Cain has been one of my favorite characters in comics for a long time, and one of the biggest parts of that has been the unique ways she processes language. Raised without it, she communicates largely through body language—a major factor in her initial series. Unfortunately, it’s often ignored in recent years—with her movie appearance making her a generic snarky kid and her TV animation appearance making her mute due to a throat injury. That’s why this silent issue, which shows us the world from Cass’ perspective, is so fascinating and one of the best issues of the series. The body-swap is over and Cass has extricated herself from her unhinged parent—but Steph wasn’t so lucky, having been kidnapped by her sadistic father. Cass is the best shot to find her, and she begins the first part of the issue by investigating Cluemaster’s mysterious reappearance. But she’s not the only one looking.

Jonathan Case, the guest artist on this arc, does an amazing job of creating unique fight scenes, particularly a dazzling battle on a suspension bridge far above Gotham where Cass comes under assault by close to a hundred ninjas. An assist from Lady Shiva helps her escape with her life—and it’s a surprisingly gruesome fight at one point, too. But the heart of this issue comes when Cass finds a message from Steph in the apartment as Steph pours her heart out, revealing the ugly truth of her childhood. It’s also styled as a last message, and the heartbreaking content is surprisingly not undermined by the cute doodles. This sets off a high-intensity final chase as Cass finds where Steph is being kept and makes a desperate attempt to get there before it’s too late. The last page is clearly a fake-out, but it doesn’t matter—because this issue puts us in Cass’ shoes when she finds the scene, and the issue’s emotional punch delivers throughout.