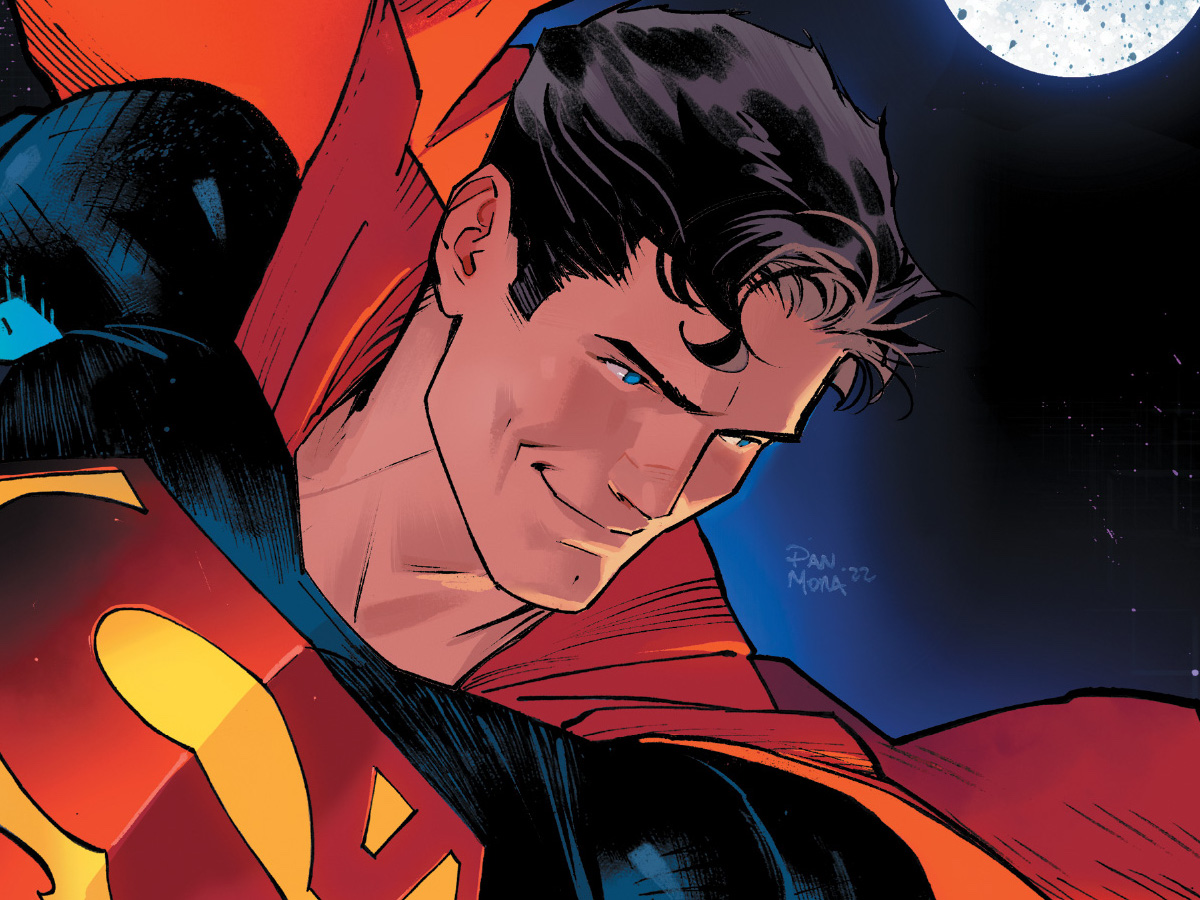 Ray: While the main story is handled by Johnson and Taylor in the two main titles, DC is also celebrating Kal-El’s return to Earth with this oversized anthology by Superman writers old and new—featuring a quartet of tales.

First up is “The Concert That Ate Gotham” by Waid and Henry. Spinning out of the events of World’s Finest, it has Superman return to Gotham just in time for a bizarre event—a historical riot spilling out into the present day. Batman and Superman barely have time to reunite before they have to foil the strange plot of Mr. Nobody, an iconic Doom Patrol villain who reminds me of a more artistic Mr. Mxyzptlk. The meta plot is a lot of fun and a great example of how Waid can bend genres. But the interplay between the two iconic heroes is the best part of the story, culminating in a hilarious segment between the two of them at Bruce’s brownstone that sums up just how well they play off each other.

Next up, upcoming Super-OGN writer Sina Grace teams with acclaimed indie artist Dean Haspiel for “A Friend, In Need!,” as Superman reunites with his closest friend Jimmy Olsen. As Clark asks Jimmy to capture the perfect image to sum up his return to Earth, the two go through a day-in-the-life as Superman helps one person after another. But somehow it all seems a little too familiar—until Jimmy and Kal have a heart-to-heart on a Metropolis rooftop that brings things into perspective. This is a fun, whip-fast story with great visuals that manages to nicely sum up exactly what makes Superman a great hero.

Finally, Marv Wolfman and Jack Herbert turn the focus back on the Super-family for “Distractions,” showing Clark and Lois’ reunion as well as the first days of father-and-son crimefighting for Clark and Jon. Jon has filled in, but his chess game with Luthor keeps getting the better of him—and Luthor is able to manipulate him into looking like the aggressor. It’s great seeing Clark in the role of supportive father, guiding Jon in the battle he’s been fighting for years, and Lois is likably snarky here as always. Wolfman, unlike so many writers of the era, doesn’t feel dated at all and it’s very impressive.

Finally, Alex Segura and Fico Ossio close us out with the short “Home.” This is a charming piece that focuses on the moment Kal arrives back on Earth, reflecting on what the planet means to him and having a brief reunion with Martian Manhunter, Wally West, and Naomi. The latter’s awe at his return leads to a reflection on the past of the League—although it was funny that their memorial hall features statues to multiple characters who have come back from the dead. It’s a good story, although the awkward ending ties it in with current events in a way that already feels like a throwback.

Overall, four strong stories that each reflect something key about Superman as he returns for a new era. 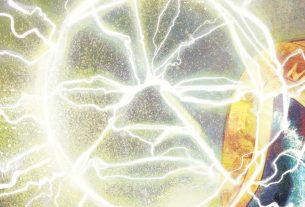