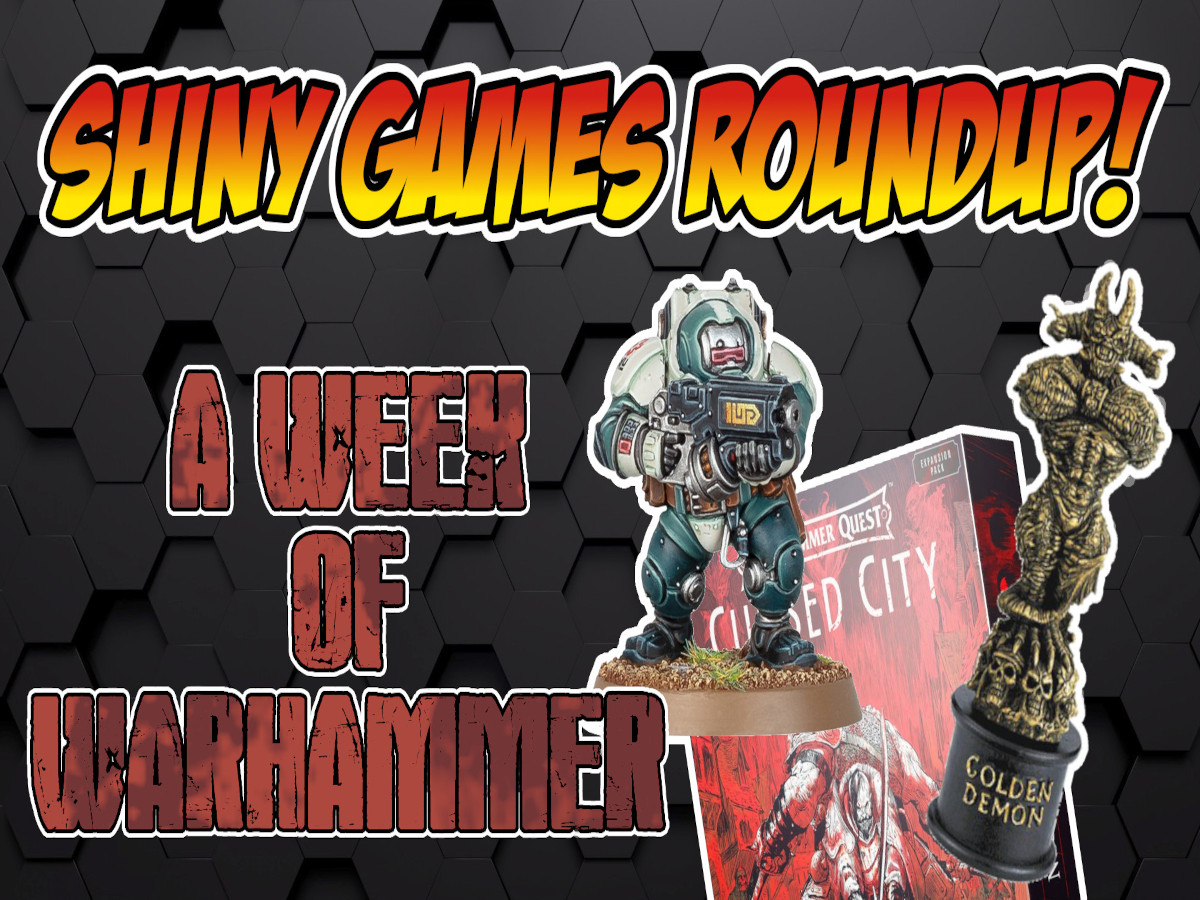 What a week of Warhammer it has been (without even including the new Warhammer Day, 35th anniversary of Warhammer 40,000 announcements from the weekend.) Games Workshop caught the Agents of Sigmar by surprise, producing so many noteworthy conversation points we devoted an entire podcast to it all.

What a Week of Warhammer!

The Agents favorite Games Workshop game is Warhammer Underworlds. I’ve written a lot about it on GeekDad before, but in the last 12 months, my interest had waned. There are a number of reasons for this; mostly fatigue from having played it almost exclusively for 4 years, but purchase fatigue was a factor too. I’ve not written about the most recent Nethermaze expansion, but actually, it is probably the best iteration of the game so far.

October is usually the month a new Warhammer Underworlds box drops, and with barely a whiff of introduction, Games Workshop announced Warhammer Underworlds: Gnarlwood. A brand new core box. Yet more cool models, and hopefully warbands created with the same design values as for Nethermaze. What was totally unlooked for and has very much piqued and reinvigorated my interest is the announcement of the new “Nemesis” format.

In the last twelve months, the Rivals format has gained traction among casual players of the game. In contrast to the more competitive Championship format, which requires that you buy every box and card released for the game to stay current, Rivals allows you just to pick the warbands you like and play them straight out of the box. No pre-planning required.

Gnarlwood already promised a change. For the first time, a core box would come with 4 complete decks that were suitable for Rivals games (previous iterations offered only 2 and then more cards to use in the Championship format). This was huge. Games Workshop had realized that there was a large fanbase out there that might want to play their game but not want to buy heavily into it. The drawback to Rivals is that it removes the deckbuilding aspect, which made Underworlds an attractive prospect for less traditional Games Workshop players. Those that have come to Underworlds from a Magic the Gathering background, for example

Nemesis officially codifies the unofficial “Rivals+” format that has been doing the rounds in the last 12 months. It’s a format that has performed well at store tournaments. Nemesis allows you to choose from any warband’s faction cards and from ONE other official Rivals deck (4 have been published so far and two more will be in the Gnarlwood core box.) This allows some deckbuilding but cuts down on both the time and money required to remain competitive. Championship format is still very much promoted and it remains to be seen whether the game can support two different deckbuilding formats.

Nevertheless, I think the Nemesis format is a good move on Games Workshops’ part. Nemesis is a great way to hook in new players AND reinvigorate older ones, whose collections may have fallen out of date. Now they can easily jump back in. As a semi-lapsed Underworlds player, who has been critical in the past of how the company has treated the game and its fans, I was very excited to see this change and it’s probably enough to get the Agents playing Underworlds in earnest again.

Customer Focus Turned up to 11?

In what might truly be unprecedented times, Games Workshop also showed that they’re listening to their customers with the new Legions of Votann release. I’m not a huge follower of what goes on in the 41st Millennium but even I had heard that something was afoot with Warhammer 40,000’s newest (and shortest) army. Whinging about new releases being overpowered is almost as old as the game itself (34 yrs, 11 months, probably), but GW usually lets it roll and then quietly tinkers with points values in time for the next FAQ. This time they’ve made changes before the bulk of the army and even its codex has been released. The video announcing the changes also included an apology for not getting things right first time.

You’d think this would make everybody happy, right? Of course not.

Ash from Guerilla Miniature Gaming released a video about why he thinks GW becoming obsessed with game balance is a bad thing. I think he makes some good points but ultimately that the central thesis of his argument is flawed. This all added grist to the mill for the podcast episode.

On the flip side of the coin, Games Workshop provoked further ire on the Warhammer Quest side of things. The original Cursed City release was fraught with problems, but nevertheless, an expansion has been released. However, despite the supply problems that caused so much difficulty the first time around, GW still sold out of copies of the Nightwars expansion in about 10 mins, with currently, no plans for a reprint. Fans who were disappointed the first time around, who had to scrap around to find their copies of the base game, may have to do so again.

Finally, in this amazing week of Warhammer was the Golden Demon Painting competition. The winners were announced here. The photos are 90% inspirational and 10% soul-crushing. Every miniature is impeccable and congratulations to everybody who was placed at the event. I can but only dream of reaching such heady heights.

In the final section of the podcast, we talk about just how special the competition is. One thing the Golden Demon never has is balance issues! Unless you’re using old superglue, possibly.

Episode 12 of the Agents of Sigmar podcast was all about a noteworthy week of Warhammer, do check it out and join the discussion!