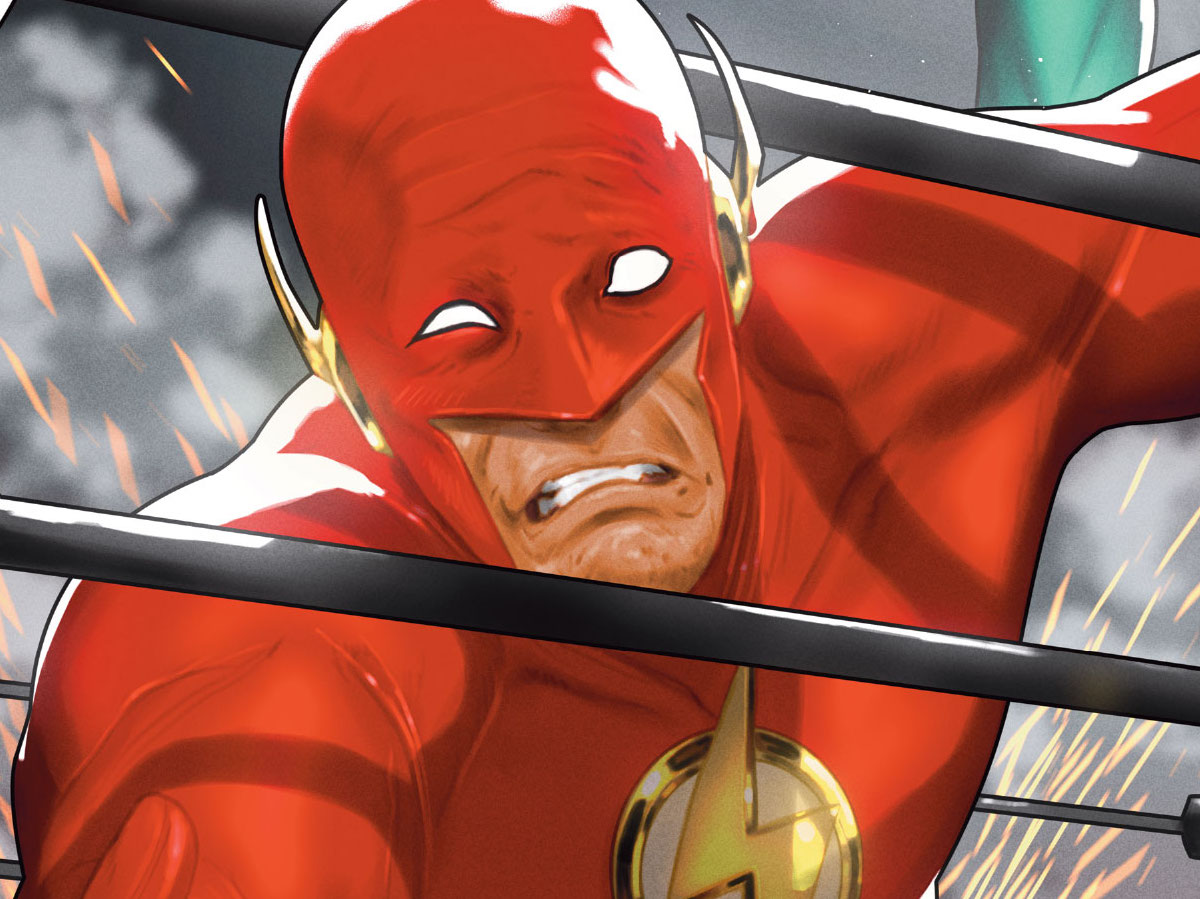 Ray: We’re coming off several intense, plot-heavy storylines and a chaotic event tie-in that gave almost everyone a chance to shine, so it’s time for a change of pace—and what a change it is. In this ridiculous, thrilling done-in-one comic, Adams pays tribute to the Silver Age with one of the strangest and funniest DC books in a long time. With everything on his plate, Wally is feeling a little burnt-out and needs to burn off some steam. He tries relaxing by watching TV with the kids, but they keep arguing—until the broadcast is interrupted by two new alien enemies tearing up Central City’s downtown with their battle. It’s a standard day—except for the fact that these aren’t villains. These are intergalactic wrestlers, they’ve been sent to a random planet for their bout, and they’re being watched by millions of people across the universe. And when Flash tries to interfere, he winds up accidentally winning the bout, making himself a new enemy—and attracting the attention of the champion.

That would be Omega Bam Man, a ridiculous be-mulleted wrestler who seems like an alien version of the late, great Macho Man Randy Savage. Although he’s here to fight Flash, it soon turns into an unlikely tag-team match against a series of challengers—including a surprising guest-star from some popular 1990s books. And this bizarre battle royale turns out to be exactly what Wally needed to recharge. This comic probably won’t have any implications beyond its pages, but it’s an out-of-nowhere burst of chaotic energy that few writers would try for anymore. The art is brilliantly colorful, the alien designs are fun, and the entire concept reminds me of some of the most fondly remembered early stories from the Archie TMNT run back in the 1990s. It’s another win for Adams, who was nearly unknown but has now delivered one of the best Flash runs in recent memory—and the first to let Wally truly shine in well over a decade. 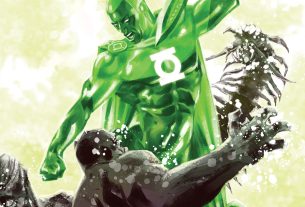 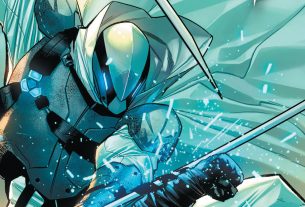