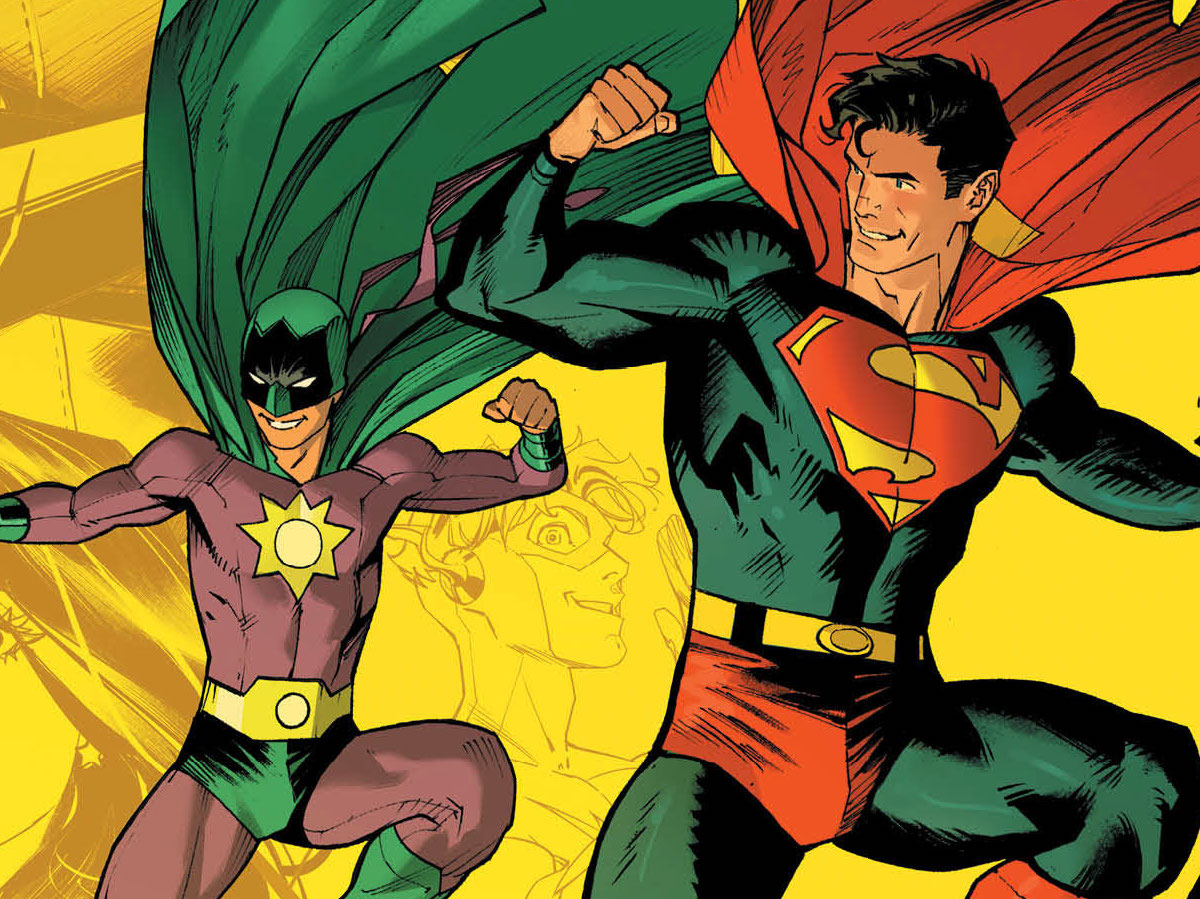 Ray: There’s a sense of doom hanging over this comic, given that it’s a flashback story where we’ve never heard of the main character. It’s pretty obvious that something bad is coming for Boy Thunder, aka the young refugee David, although I’m not sure if it’s a death or another kind of tragedy. But that doesn’t stop this from being a wildly entertaining comic as he slowly settles into life on Earth. When the issue opens, he’s hanging around with the original five Teen Titans as their method of play takes a surprisingly rough turn. This crew hasn’t been seen together in a while, and they have a great banter. David is also trying to learn more about his mentor Superman, who still has some growing pains in figuring out how to work with a sidekick. There’s a hilarious line from Supergirl as she sends up Clark’s past problems in not exactly being hands-on with his young partners. But the real test this issue is ahead.

We knew from last issue that The Key was going to be the maim threat here, and he has a genuinely unique and creepy plot. He’s used his powers to give everyone in Gotham an intense fear of doors—trapping them wherever they are. This affects hospitals—and worse, a mine where a group of miners is trapped with rising levels of toxic gas. With Batman and Robin trapped in the Batcave—it has a door, after all—it falls to the Supers and their newest member to save the day. The mine falls on David, where he has a very realistic panic attack before coming through in epic fashion. It’s one of the best scenes so far in this issue, and leads to an excellent scene where Kara confides in him about her own painful past and we learn a little more about his own last minutes on his world. It seems like Waid is being set up as the new architect of the DCU, and based on his two titles right now, DC couldn’t make a better choice.