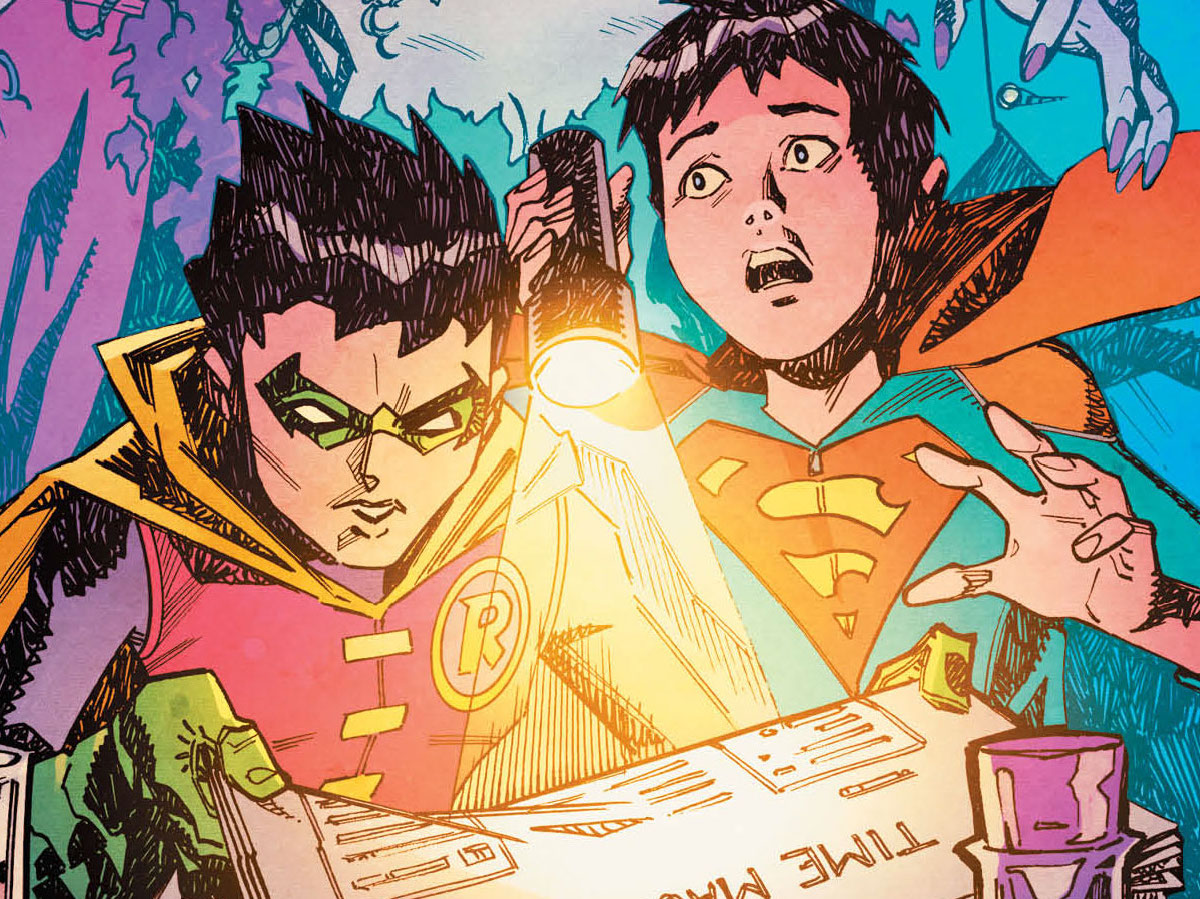 Ray: It’s time for the latest DC Halloween anthology, this one featuring eight stories spanning time and space with plenty of horrors. How does it shake out?

First up is Paul Levitz and Raul Fernandez on “The Longest Night,” starring the Phantom Stranger. Set on Halloween, it features the mysterious guardian as he watches over the world on the night when the veil between the living and dead breaks down. As zombies, demons, and ghouls stalk the innocent, the Stranger passes from one generation to the next, standing guard. It’s a compelling story that drives home the loneliest of the Stranger’s mission, by one of DC’s longest-running writers.

Next up are the Super-Sons in “Trick or Treat” by Sholly Fisch and Luciano Vecchio. The boys are going trick-or-treating—and they’ve swapped costumes as their disguises! Much lighter than the previous story, it follows the boys as they find the Justice League missing—and as such, unable to provide them any candy. Their quest leads them to the JL headquarters, where they find a particularly loathsome trio of villains holding them hostage—and use an unusual strategy to save the day. It’s another fun story by all-ages master Fisch.

“The Pueo Promise” by Peter W. Nguyen is a 1995-set tale of the Gotham City Sirens heading on vacation to Hawaii, only to get caught up in a supernatural mystery involving a large group of cats and an angry God. It has some interesting messages about environmental conservation and invasive species, but there’s a brutal moment of animal violence that might turn some people off the story. It ends well, but this is an odd one.

Swamp Thing takes center stage in “Half Life” by Zac Thompson and Andy MacDonald, a future-set horror story of a foraging parent and child who come across a horrific hybrid beast hunting them in the environment. They’re rescued by Swamp Thing, who begins a long-term battle with the beast that reveals what lurks at its core. The visuals are stunning, but the post-apocalyptic setting isn’t really explored and is never fully explained.

“The Midnight Hour” by Charlie Skaggs and Tom Mandrake is a JSA story that finds them facing an ancient evil back in the early days of the team. With one ghoulish threat after another emerging in the middle of a museum, it’s hard to figure out what’s going on—and it turns out that the villain has ties to one of their own. The story is very fast-paced and a little hard to follow, but Mandrake’s vintage horror art is perfectly suited to the old-school gothic tone.

Jeremy Haun and Juan Doe take on “Into the Darkness,” a Green Lantern story as new Lanterns Kar-Von and Jan explore a strange obelisk found in the middle of deep space. We learn some interesting things about the lanterns—one is on probation for an unknown incident, the other is an experimental holder of both green and red rings—but that’s soon forgotten as they discover a Lovecraftian horror in the cosmos and find themselves in a pitched battle. It’s a simple story, but one carried with brilliant art and a ton of tension.

“Blood Lost and Found” by Matthew Levine and Jorge Corona is a medieval-set Etrigan tale that casts Jason Blood as an unlikely defender of the innocent. When children start going missing in a small village, Blood heads into the mountains where he finds a particularly hideous beast waiting. Corona’s art has a great take on monsters, and the story—like the Phantom Stranger one—does a great job of capturing just how long immortality would feel for a warrior. This one, however, has a slightly more optimistic tone.

Finally, the volume wraps up with Tim Seeley and Kelley Jones on “The Haunting of Wayne Manor,” which has Deadman showing up to help Damian Wayne fend off a particularly personal haunting—one where the ghost has a very real reason to want revenge on the young Robin. This story has brilliant art, perfectly suited for a classic haunted house tale. It also has some dark hints that may be based on things happening right now in Batman vs. Robin. It’s probably the best story of the volume.

Overall, eight fairly effective stories with some great ones, but the whole thing only loosely fits together into a theme. 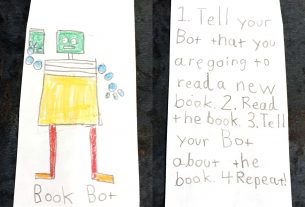 Review – The Unexpected #4: Welcome to Gotham